The X-ing of Language: The Case AGAINST ‘Latinx’ 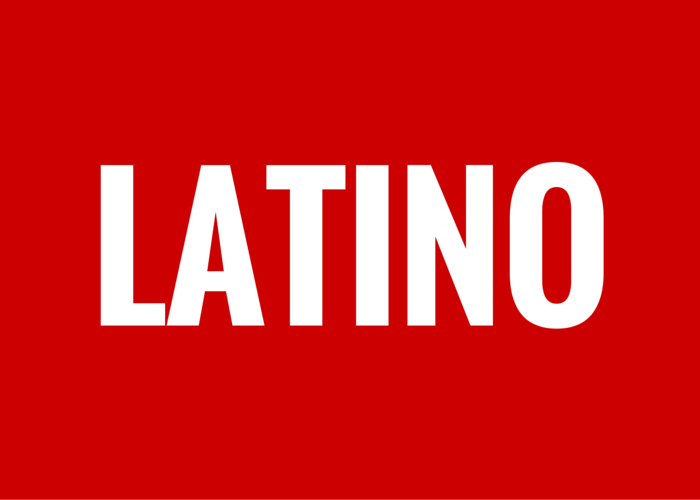 Man/Woman/X is born free, and everywhere his/her/their language is in chains. In the name of inclusivity, during the course of the last half century the English language has slowly and surely been bulldozed and paved over. Now, too, begins the bulldozing of Spanish — a language which predates English by a few hundred years — with the goal of creating a linguistic parking lot.

In a recent op-ed for this site, Professors María R. Scharrón-del Río and Alan A. Aja put forth a full-throated “case for ‘Latinx,'” arguing that the terms Latino and Latin@ aren’t inclusive enough. To make their case, they pick apart an earlier essay by Gilbert Guerra and Gilbert Orbea, who argued against using Latinx. The method would’ve proven effective had the two Gilberts presented a more convincing case themselves, and it’s too bad they mostly failed. The Gilberts rightly describe Latinx as a “buzzword” of politically misguided coinage “that fails [predictably] to address any of the problems within Spanish on a meaningful scale.” But then they slip into some nonsense about being “proud” Latinos opposed to Latinx as “a blatant form of linguistic imperialism.” Guerra and Orbea basically argue that Latinx is too new to be a legitimate word, though anyone familiar with the terms binge-watch and bae immediately recognize the weakness of their point.

The strongest point Guerra and Orbea make is their last: “What then,” they ask, “is the solution if not ‘Latinx’? It may surprise you to learn that a gender-neutral term to describe the Latin-American community already exists in Spanish. Ready for it? Here it is: Latino.” They explain that, in Spanish, a word such as Latino can be both masculine and gender-neutral. When we read about the “Latino vote,” for instance, no one in their right mind believes the topic at hand to be strictly voters identifying as Latino men. Anyone who doesn’t understand that the “Latino vote” means all Latinos, of any category (are there categories?), possesses at best a weak grasp on both the English and Spanish languages.

For their parts, Scharrón-del Río and Aja remind us that the newly minted Latinx should be pronounced “Latin-ex,” which has me interested to know their guidelines for other words such as México, Oaxaca and Texas. Then again, there are the words descontextualización and léxico (though I couldn’t find a single instance of the letter x following a consonant). The professors counter the “buzzword” charge by pointing to “several Puerto Rican writers and scholars that use Latinxs and/or use ‘x’ in other gendered articles and pronouns instead of ‘a/o’ or even ‘@,'” as well as any number of “Google search[es]” which produce “hundreds of thousands of websites, articles, and blogs written by Latin Americans living in their countries of origin” who have already adopted the term. This counterargument seems as counterintuitive as the two Gilberts’ newness complaint. An independent mind doesn’t measure the rightness of a behavior based on how many people do it, or on how long they’ve been doing it. A thousand professors standing at the top of a building screaming “Latinx!” wouldn’t be reason enough to start using the word — but it would be a good start.

It is a melancholy truth that even good people make poor decisions concerning language. In 1987 dozens of gay and lesbian Latino activists gathered in Washington, D.C., the first major event of its kind in the nation’s capital. By then Latino LGBT organizations had already sprung up and were thriving in Texas, California and other places. The activists meeting in D.C. formed a nationwide network of their respective organizations, calling it National Latino/a Lesbian and Gay Activists. Later a newcomer commented on the group’s acronym, NLLGA, and the group quickly changed its name to something less… asisine?

I’m sure Alan Gribben, a professor at Auburn University (and of English, no less), was equally filled with good intentions when he decided he wanted to publish a revised edition of Huckleberry Finn with the words “Indian” and “slave,” though Injun Joe probably had never heard of Asia. And inevitably there were some activists during the Civil Rights Movement of the 1960s who campaigned for the eradication of racist labels, though for every person looking to get rid of those words, there were a million more marching simply to ensure no person was treated like one. Confronted once with an angry audience member who wanted to know why he insisted on referring to himself as “a Negro” and not “a Black man” — “There is no country called Negro!” the guy yelled from the back of the room — James Baldwin explained that he didn’t invent the word Negro, nor did anyone living at the time. “Do you suppose,” he asked, “that because it angers you, that suddenly an entire nation is able to change its vocabulary? In any case, I distrust the emphasis on vocabulary.”

Baldwin later mentioned that, even though his grandmother referred to herself as “a nigger,” it didn’t stop her from raising a family “and instill[ing] somehow into her children some dignity that did not depend on the word.” Likewise, while a narrow definition of the word Latino may exclude non-men, the vast diversity of what it means to be Latino does not depend on the term.

Speaking of, a regular reader of this site would want me to point out that there’s more wrong with the root of the word Latino than with its gender. Scharrón-del Río and Aja, who emphasize the injustices of colonization and imperialism, hardly have any qualms about using the term Latin America when referring to the former Spanish, Portuguese and French colonies of the Western Hemisphere.

By getting people to abandon the words they already use and adopt the words they should be using, Scharrón-del Río and Aja are putting the cart before the mule (not to mention the rule before the art): they want machista societies to at least sound gender-neutral. “What is PC but a verbal form of gentrification?” the hapless yet indomitable Nathan asked in this week’s season finale of South Park. “Spruce everything up, get rid of all the ugliness in order to create a false sense of paradise.” Incidentally, this brand of language monitoring is not only faux-advancement, it also hinders the discussions needed to ensure the advancement it aims to achieve. You don’t need to have read Orwell to understand how the more people are made to fear misspeaking, the less they’ll speak, and that a lack of dialogue leads to widespread complacency. The most insidious form of censorship is self-censorship.

Of course, since we live in the kind of world where people require constant reminding of how free they are, let me state clearly that I have no problem with Scharrón-del Río, Aja or anyone else using the word Latinx. People are free to use any words they want — or at least they should be — especially when describing themselves. But it’s too easy these days for the PC crowd to impose ordinances, and the charge of insensitivity is lobbed from the lofty heights of academia with regularity.

Many well-meaning, so-called liberals also find it unthinkable to debate the exclusiveness of language and other everyday things against any member of the LGBT (especially “of color,” which we’re told is very different from “colored”). Since the fall of ancient Greece, Western civilization has been dominated by heterosexism and its ugly beliefs about love and sex, beliefs firmly held by the Puritan forefathers of the United States and made regal during the prudish days of Queen Victorian. The combination of homophobia, racism and ethnocentrism has condemned LGBT Latinos to the bottom rung of society. Throw nativism into the mix, and it’s clear that no one has it worse in the United States than an undocumented lesbian Afro-Latina. It’s also clear most so-called liberals would be unwilling to discomfort such a person buried under so many layers of oppression — what academics and professional activists call “intersectionality.”

For those hung up on the -o, I suggest they worry less about the history of Latino and discover its present meaning. Language isn’t dead, after all, but living. Definitions continue to transform all the time, all around us. The word no longer applies strictly to male Latinos but all Latinos, just as the “men” in “all men are created equal” now means all people. The word queer, for example, literally means “odd” or “worthless,” a fact which doesn’t keep millions in the LGBT community from donning the term proudly. The word Latino, once a fork, has evolved into a spork, and so there’s no reason to invent an all-purpose substitute.

If we dump Latino for Latinx because it offends some people, then we should go on dumping words forever since there will always be some people who find some words offensive. No word ever oppressed anybody (except maybe the word God). Banishing the word Latino won’t eliminate homophobia; on the other hand, the elimination of homophobia will change the meaning of Latino. (In fact I’m sure that’s what happened with colored: once the color of one’s skin no longer held any stigma, being “colored” wasn’t a bad thing anymore, but people were uncomfortable with readopting the term. Thus, “of color.”)

There will be the inevitable commenters and emailers who call me a “reactionary,” as Scharrón-del Río’s and Aja did the two Gilberts. If being a reactionary means challenging paternalism, then sign me up. After all, isn’t that the intention of language monitors: the urge to force people to do what’s best for them and others? As part of a species that believes in “bad words,” people must be protected from what they say and write. So language monitors sanitize words with x’s and @’s to make sure we’re not corrupted (or stay corrupted).

Words and their meanings, if they belong to anyone, belong to those who speak them, and the freedom of speech stands beside those which entitle every human to breathe, think and marry freely. To proscribe a set of words and to prescribe how others are to be used in conversation is “reactionary” par excellence, if not worse. A person can no more tell others which words should be removed from their vocabularies than one can tell painters which colors are off limits. While I’m able to see why parents don’t allow their kids to swear — after all, they’re still learning the language — I am an adult, and won’t let anyone slap me on the wrist for using a “bad word.” Some may call that “privilege.” I call it a right.

16 responses to “The X-ing of Language: The Case AGAINST ‘Latinx’”