Signs Along the Way 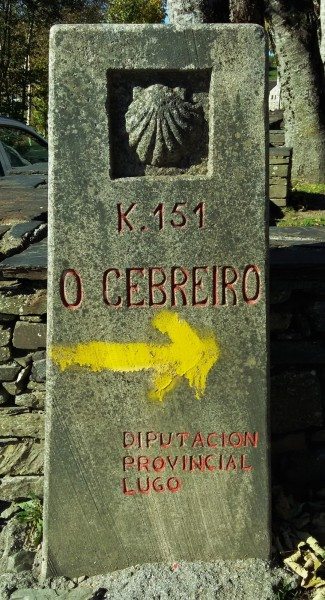 The yellow arrows that guide pilgrims along the various routes to Santiago de Compostela offer great psychological comfort. I can attest to their soothing helpfulness as they repeatedly assured me that I was on the correct path. The arrows, and their counterpart the scallop shell, are the two most recognized symbols of the pilgrimage. But while the scallop shell has been around since medieval times, the yellow arrow is a recent invention. And yet, in spite of its newness, the arrow is often credited for the Camino’s renaissance. 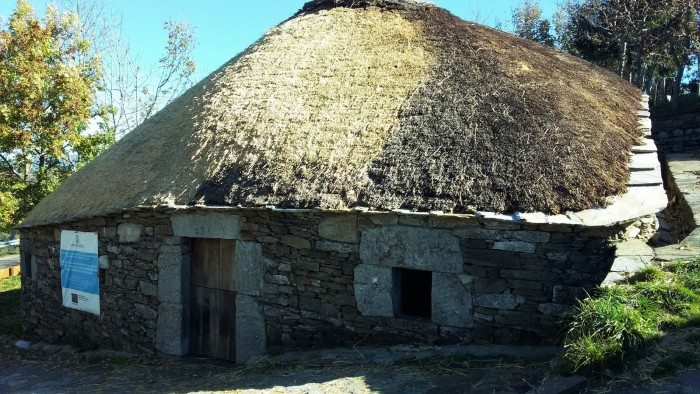 A “Palloza,” one of the ancient homes of Celtic origins in O Cebreiro.

To employ the arrow as a guide for pilgrims was the brainchild of Don Elías Valiñas Sampedro. As parish priest of O Cebreiro, he devoted his life to resurrecting interest in the Camino. Don Elías was born in 1929, in the town of Sarria, a two-day walk from O Cebreiro. Immediately after his ordination, at the age of 30, he was assigned to the mountaintop village. At the time, O Cebreiro, once an integral part of the Camino, had virtually become a ghost town. The few families that still lived there faced harsh conditions. Don Elías’s first act was to lobby the Spanish government to bring running water and electricity to all the homes. After succeeding in this, he raised funds to renovate abandoned buildings, including the church of Santa María la Real. 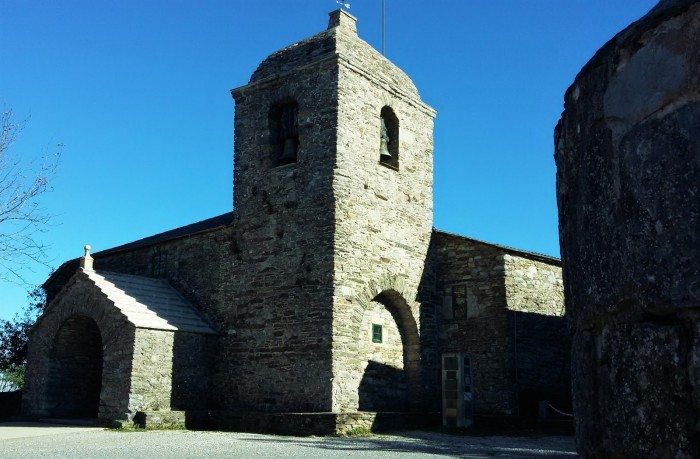 During his efforts to improve the lives of his parishioners, the priest became a keen student of the history of the Camino and the pivotal role O Cebreiro had played from the onset. The more he learned, the more fascinated he became with the subject. His passion led him to earn a doctorate from the Universidad Pontificia de Salamanca. The topic of his dissertation was the legal history of the ancient pilgrimage route.

It’s not surprising, then, that Don Elías thought it was possible, as well as vital, to revive interest in the Camino. He firmly believed that people who made the pilgrimage in this day and age would reconnect with their spiritual selves, and as a result experience a conversion of the heart.

To revive interest in the Camino became Don Elías’s personal crusade. He spent countless days retracing the Camino, starting near the French border in Roncesvalles. It took him years to identify and clear the paths that had been lost to the centuries. He wrote the first modern guidebook for pilgrims. He visited every town along the way to try to persuade the leaders to join his cause. Because his dedication and passion were so intense, he often was called “El Cura Loco” behind his back — the crazy priest. Eventually, though, as the ranks of converts grew, his nickname became “El Cura de O Cebreiro” — a moniker he treasured.

In 1984, Don Elías came up with the idea of painting yellow arrows along the entire route, starting on the French border and ending in Santiago de Compostela. Witnesses attest that it was a common sight to see him in his Citroën GS, accompanied by students armed with paint brushes and buckets of yellow paint. The rest, as the cliché says, is history. 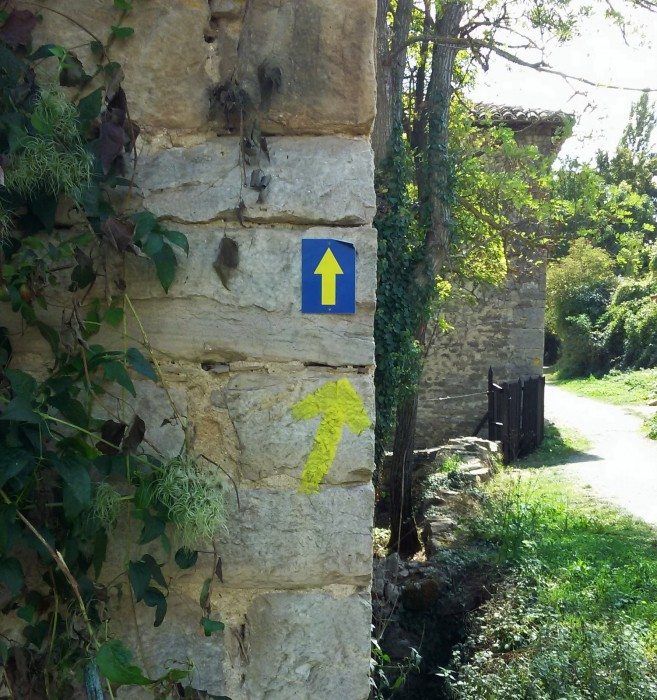 In 1972, the year Don Elías began to dream about long lines of pilgrims walking the Camino, only six persons completed the journey. In 1985, the year after he and his helpers had marked the entire trail with yellow arrows, 690 walked to Santiago de Compostela. This year, 2015, more than 250,000 pilgrims will receive a Compostela, the certificate that proves that the bearer has completed the pilgrimage.

There is an anecdote about Don Elías Valiñas Sampedro, who died in 1989, that those who knew him like to tell. Although it’s not certain the incident really happened, it fits perfectly with the mystic of “El Cura de O Cebreiro.” The tale goes that when he started painting yellow arrows in Navarra, close to the French border, Spanish police approached him, suspecting he may be involved in a Basque separatist plot. When they asked Father Valiñas what he was doing, he smiled and answered, “I am organizing a huge invasion.”

We should all be blessed with such accurate visions and yellow arrows to guide us throughout life.

One response to “Signs Along the Way”