Just When You Thought Hillary Clinton Couldn’t Hispander Any More, She Did It Again

Earlier this year, we wrote an editorial about how the Hillary Clinton campaign produced one crazy insulting example of Hispandering. But just when you thought it couldn’t get any worse, an official post from the Clinton campaign written today just scaled the Hispandering from a 10 to an 11.

THIS IS THE OFFICIAL ARTICLE ON HER WEBSITE https://t.co/BMyl4B2rTo pic.twitter.com/rUUe290fMh

She isn’t afraid to talk about the importance of el respeto.

After that, it spirals into a pit of Hispandering despair, with quotes, images, gifs and this listicle:

Everybody loves abuela—even this guy.

And don’t forget to “Add your name for more abuela updates.”

Please stop. Just stop. This is bad. Really bad. If this is where the Clinton campaign is going, it might as well just be completely transparent about the fact that all it wants to do is Hispander like no one has Hispandered every before. The Clinton team might as well just upload this meme to the campaign site and call it a day. 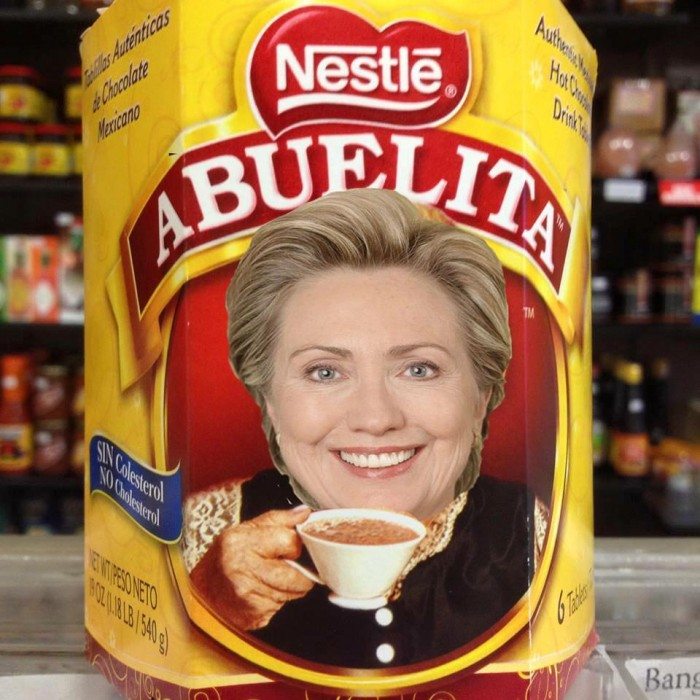 By the way, we aren’t the only ones saying this. Just check out #NotMyAbuela on Twitter today:

So much shade in #NotMyAbuela right now, @HillaryClinton's campaign must think there's an eclipse. #NotMiAbuela

Unlike HRC, my grandmother's bills aren't paid for by lobbyists, PACs, and private prisons. #NotMiAbuela #NotMyAbuela

Then there is this one:

Immigration polices kept me from my grandma. She passed away waiting for us to return. Policies Clinton supported.#notmyabuela #notmiabuela

23 responses to “Just When You Thought Hillary Clinton Couldn’t Hispander Any More, She Did It Again”