How to Interview a Drug Lord 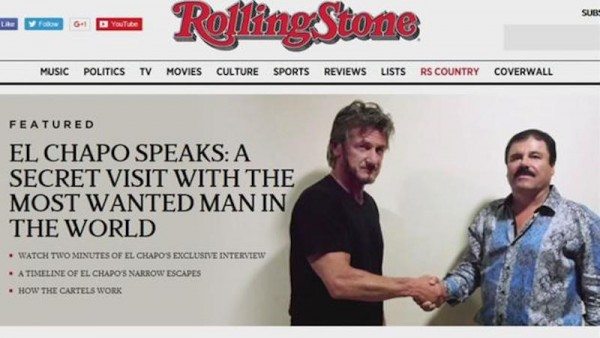 STEP 1: Provide full disclosure that the entire interview was approved by both the greatest and gentlest drug kingpin that ever lived.

STEP 2: Write a moving and finely edited introduction to your subject.

People, friends and amigos, I’m here in the Mexican jungle with a sweet little soap opera actress as my translator to get answers from the world’s most gentle-hearted drug boss. His story is an unbelievable tale of a farmer, father and friend struggling to find comfort in a world of deprivation. Sometimes known as Mexico’s “other president” he prefers the humble lifestyle of a naturalist.

I don’t know what a computer is or a text message, and trying to use technology to organize this interview almost blew up my brain. I managed to prepare for the interview by communicating through some electronic BBM BBX BBTW encrypted top secret message system.

I’m going to ask everyone’s burning questions and show you all what journalism looks like. Talk about journalism under fire, whew, this is one tough assignment. But don’t worry, I’ve been to all kinds of terroristy, dangerous places with bears and tsunamis and ISIS and stuff. In order to get this interview, I let the drug lord know that I was his friend, his admirer, his lover, so basically I did whatever I needed to do, which is what journalist do. They lay down their lives for this kind of thing. Me too.

INTERVIEWER: Burning question, is Pablo Escobar your BFF?
DRUG LORD: Of course, we bathed in bullets together as children.

INTERVIEWER: Is it true that drugs are destroying humanity?
DRUG LORD: Drugs don’t destroy humanity, people destroy humanity. How much money will you make writing this article?

INTERVIEWER: Like all journalists, I live off of exposure, no need for money, or as you people call it dinero.
DRUG LORD: Let’s toast to that with some tequila!

INTERVIEWER: Tequila, now that is a Spanish word that I understand. You are so humble, an undeniable genius who only kills when necessary. How do you remain so humble?
DRUG LORD: Naturalist hobbies keep me down in the earth. I’m pretty good at growing plants and have a special interest in subterranean architecture.

INTERVIEWER: Actually, when I drink more, I understand Spanish muy bueno. Cheers to you for being an ethical drug boss with extensive hobbies, a selective kidnapper and kind murderer, and also congrats on marrying a beauty queen.
DRUG LORD: I’m selective in both murder and in women, and, to be truthful, you are the first to recognize that.

INTERVIEWER: If you were not yourself but someone else, I mean, if you were another person describing yourself or if you had an out-of-body experience, how would you truly describe yourself?
DRUG LORD: I’m a simple man. I love peace almost as much as I love tacos.

STEP 4: Dedicate your article to someone who has died, perhaps the 35 journalists murdered in Mexico since 1992.

Dr. Alice Driver is the author of More or Less Dead: Feminicide, Haunting, and the Ethics of Representation in Mexico (University of Arizona Press 2015). She recently translated Abecedario de Juárez, a collaboration between journalist Julián Cardona and artist Alice Leora Briggs that explores and maps the new language of violence in Mexico.

Cassy Dorff is a political scientist currently living in Denver. To find out more about her current work, visit cassydorff.com

One response to “How to Interview a Drug Lord”