A Change.org petition created this week by @DrAngelicaPerez is asking for the new Latina character on Sesame Street to be portrayed as a college graduate. 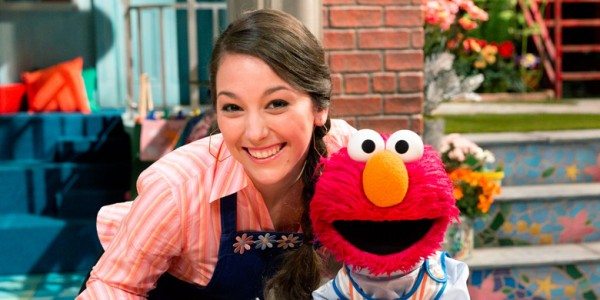 Part of the petition reads:

Sesame Workshop, the educational organization behind Sesame Street, recently unveiled the new Latina on Sesame Street. Suki Lopez, a Cuban-American, will play a Latina character named Nina. While we are excited to see another Latina on the show, we are greatly disappointed by Nina’s occupational role on Sesame Street. On the show, she is Elmo’s babysitter and she works in a laundromat and bike store,

While we believe babysitting and working in a laundromat are important roles in any community, we strongly believe this is a missed opportunity for Sesame Street to highlight a millennial Latina who is pursuing a college or graduate degree, or who’s running her own business.

In a time when Latino high school students are enrolling in college at a higher rate than non-Latino students (Pew Research, 2013); and when there is a Latina Supreme Court justice, and many others who are not only in positions of power, but business owners and accomplished women across the board, it is reasonable that our Latino characters on Sesame Street represent the educated, hard-working group we are.

As a clinical psychologist, I can attest to and it is important to recognize the great influence television characters have on children. Having Nina play the role of an ambitious college or graduate student, who also happens to babysit Elmo and works in the community, is a more accurate reflection of today’s millennial Latinas—across the country. Sesame Street has the power to inspire millions of children, from all ethnic/racial backgrounds. We want Nina’s character —as a young Latina pursuing an educational degree— to serve as a role model for all children.

The petition is in its early stages, but so far it has gotten close to 1,500 signatures. Earlier today, @DrAngelicaPerez spoke with NPR’s Latino USA about the reaction to the petition:

Well, the petition has generated a very strong emotional reaction from the Latina community. I first shared the petition on the Latinas Think Big online community on Facebook, and in just minutes women began to express their great disappointment and frustration at Sesame Workshop for adding to the stereotyped characterization of Latinas on television. They were especially upset because many of them grew up watching Sesame Street, and many of them have young children who are now watching Sesame Street. It just feels like we keep banging our heads on a wall, when it comes to how poorly we are represented in media, and how little these issues matter to media producers and executives.

The comments left on the petition page are remarkable, powerful and inspirational. Voters used themselves as examples of today’s career-driven and professional Latina. They shared their story of ambition, and hard work. I urge Sesame Workshop to use those comments to have a real understanding of who Latinas are in this country. From Latinas at Harvard Medical School and business owners, to professional and mothers, the comments are poignant, deep and honest. It is empowering to read the collective voices of all these amazing women.

One response to “New Sesame Street Latina Character Should Be a College Graduate, Says New Petition from Latinas”