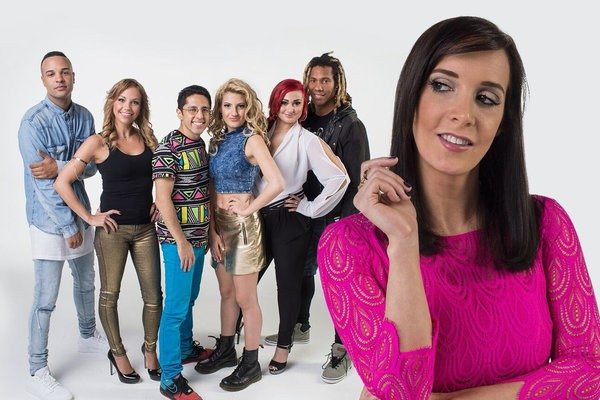 On January 27, 2016, Fuse’s new reality series Saturday Morning Fever will premiere. The series will tell the story of long-running local Philadelphia dance show Dancin’ On Air and its current series regulars. Despite the small stage, the regulars on the show wholeheartedly believe that this is their ticket to stardom. Saturday Morning Fever is a true-life fly-on-the-wall docu-series that explores the lives of these unwavering dreamers and their journey to the spotlight.

Of course, the Latina dancing expert must be in the spotlight. So, I sat down and had a short chat with Marissa Rivera, the feisty-fun-fabulous Latin dancer! 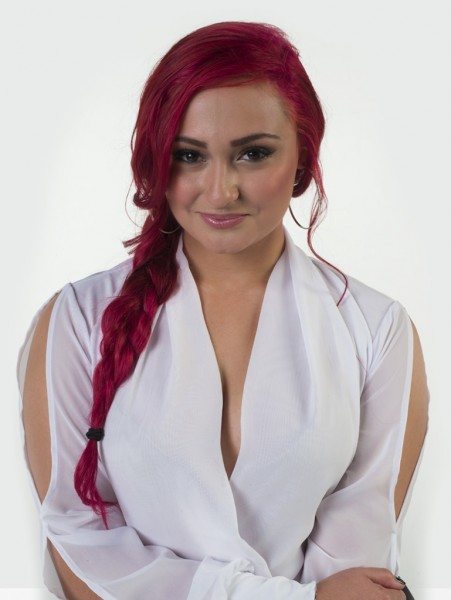 Marlena Fitzpatrick: What character do you play in the show? What’s your favorite part of this role and the show?

Marissa Rivera: The character I play on the show isn’t a character; it’s me, Marissa Rivera. What you see is what you get. I’m a dancer and I have such a passion for it. I love to do hip hop and Latin dances such as merengue, bachata and salsa. My grandfather, who passed away when I was six years old, taught my Latin dances. He would just randomly say,”Mari, ven acá!” I would stand on his feet and just dance. Of course, he would be blown away on how quick I caught on which called for a WEPA!

MF: At this point I was going to ask: how do you relate to this character in real life? However….

MR: Well, yes, I relate to myself in real life because I am a real person. This is a reality show, ja! I’m just Marissa the sweet bitch.

MF: How was the audition process?

MR: The audition process was nerve-wrecking since I took a little break to go to school. So, once my manager called me and told me about about the auditions, I’m like: “Holy shit! I have to do it!” It was just a sign that I needed to be in this entertainment industry. Once I got there I looked around at all of the talented people and began to doubt myself a bit, but once I stepped in the doorway with the camera and everyone who was going to ask me questions, in my mind, it was only the camera and I. I had to kill it. I did it and now I’m on a national TV network (Fuse) it’s only up from here. I learned that the doubt is only motivation and you can’t listen to the fear and negativity.

MF: What is your opinion of mainstream media and the manner in which Latinxs are depicted?

MR: The way mainstream media’s depiction of Latinos is just very stereotypical. We are a very strong and unified culture that needs to break out of the mainstream media. We have been portrayed very negatively through stereotypes and we have been ignored in most American media. To fight the mainstream media, Latinos had to come up and make their own award shows, own movies, own TV shows and documentaries. Not all Latinos are immigrants; many are second- and third-generation [Americans] and beyond, in which we have rights and we insist on asserting our rights. Seventeen percent of the U.S. population, or 55 million people, are Latino, however, mainstream media, including movie and television programming, fails to reflect such national diversity. Point is, it has to change and it will change.

MF: That’s what we’re doing at Latino Rebels: changing the narrative, changing the stereotypical views. What are your future plans as an artist?

MR: My future plans as an artist is to do everything I can. I want to make movies and star in them. Write a book. Become a singer. Have my own makeup line. I want to be different than triple threats; I want to be an everything threat.

MF: I love that: “everything threat”! Speaking of threats, what socio-political issues affecting the Latino community are you passionate about?

MR: The main socio-political issue I’m concerned about is a lack of government leadership. In Puerto Rico there needs to be a better education and financial system. Since Puerto Rico is a territory, it’s hard to file any bankruptcy. The youth today are our future voters. They need to be well educated. Puerto Rico is in crisis and that needs to change. I believe Congress, this year, will have more Latinos than ever before. If my fellow Latinos stand up and raise their voices, things will change.

MR: My definition of a Latino Rebel is smart, sexy, educated and powerful. We need to break this mold and we need to start rising out of the ashes because we are reborn. We will make history and it starts now with the rebels, Latino Rebels. Can I get a WEPA!

One response to “Saturday Morning Fever: A Chat with Latina Dancer Marissa Rivera”