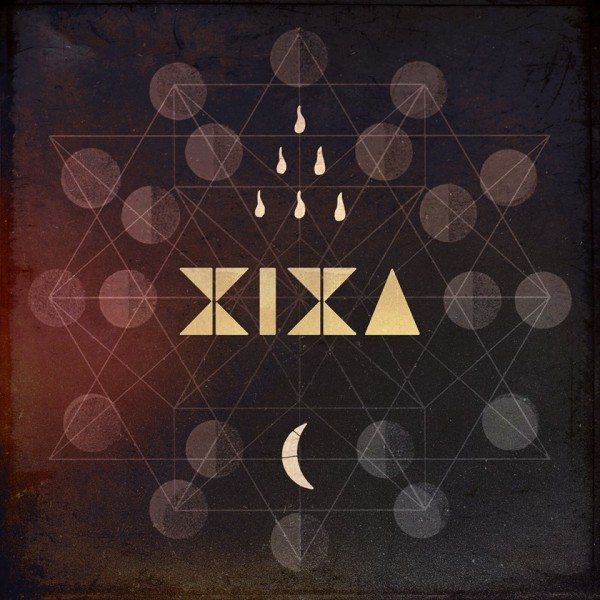 I’m always up for a startling awakening, one that opens my eyes or ears to a refreshing new perspective that breaks rules and reconstructs a new narrative. Well, it sounds like I’m describing Latino Rebels as an entity. I’m actually describing the new definition of real Latin Rock and the music of XIXA.

XIXA is true fusion of psychedelic and, most of all, rock ‘n’ roll. Their music is rooted in a South American heritage, but is equally informed by their home town of Tucson, Arizona’s legendary music scene. Their interpretation of chicha — Peruvian cumbia made popular in the Amazon and poor barrios of Lima during the ’60s and ’70s — surprisingly reveals a common thread within the music of Arizona’s desert: an obsession for hard-edge guitars and a strong taste for mixing rock and Latin flavors.

Their album Bloodline drops this month. The band’s artwork and videos are curated and produced by highly acclaimed Tucson visual artists Daniel Martin Díaz and Paula Catherine Valencia. Their embrace of gothic and surreal imagery is a perfect match for XIXA’s uniquely southwestern psychedelic sounds.

Punk rockers and band members Brian Lopez (vocals) and Gabriel Sullivan (guitar) sat down for a brief chat to enlighten me about this fantastic musical revolution. 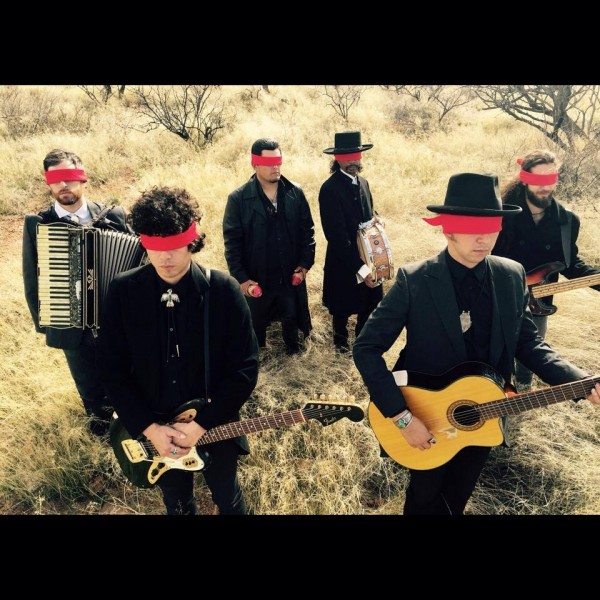 Marlena Fitzpatrick: Chicha is an indigenous language from South America and is also a Pruvian music genre. Now, what does XIXA, the band, mean?

Gabriel: XIXA is a symbol that we chose to represent what we felt was a new sound that we had created with the band. We wanted something that had no meaning, no affiliations, no ties… a simple and bold image. We also really wanted to join the four letter band name crew: ACDC, KISS, Abba, MGMT… you know.

Brian: The aesthetic of “XIXA” burns an image into one’s head. It is very, very recognizable. That was the main idea with the name. The pronunciation and literal significance of the name are secondary.

Gabriel: I can’t speak much to how Latin music has influenced music around the nation. I think there is certainly a growing national scene of Latin-based music. Austin is flourishing with bands like Grupo Fantasma, Money Chicha, Brownout. Los Angeles has Boyepongo, Chicano Batman, our homies Dos Santos in Chicago, not mention our fearless leader Olivier Conan and Chicha Libre in N.Y.C. There’s a tight community between all these bands, and there are a handful of markets where these bands do very well. So many of these bands are mixing Latin music with a more pop-rock sensibility, and I think that has a huge potential to reach a more mainstream market. I think it’s just a matter of time. All these bands work and tour extremely hard and have the music to back it up.

Brian: Well, look at a band like us, for example. Except for one band member, we were all born in the U.S.A — born into English-speaking households. Yet, just about all of us have played in a Latin-based band. Whether it be mambo, salsa or a mariachi summer camp in middle school, we have all traversed through a myriad of Latin sounds before we even knew they were “Latin.” This is XIXA. And there are many others just like us — those third- or fourth-generation Latinos that have a love for many types of music, yet unknowingly filter it through their Latin roots. It will be interesting to see how this phenomenon plays out in the next 10, 15, 20 years.

Gabriel: I think being a late-twenties, early-thirties Mexican American living in Tucson right now can be potentially fragmenting in regards to heritage. I come from Mexican parents who were not taught to speak Spanish. Typically this was with the hopes that the children would grow up speaking only English and potentially have a better chance at succeeding in America. Now their children are one more level removed from the language and often times the culture. Many people my age that I know search and dig ferociously to rediscover these missing aspects of their Mexican background. I think it’s a very beautiful thing. You can truly appreciate something that you must work hard and fight for. 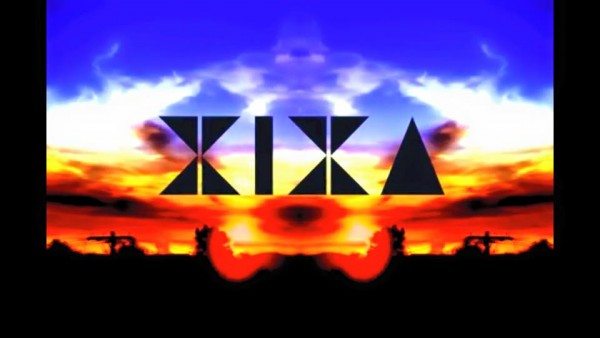 MF: That’s a reality Latinos of all backgrounds live today. Speaking Spanish was considered a liability back in our grandparents and even parents era. Now it’s up to us to stand up and let it be known that being bilingual, multilingual even, is a powerful skill. Do you think being bilingual and Latino is still a social liability as it was for our grandparents?

Gabriel: Perhaps being a bilingual Mexican is more of a social liability than ever. It is obviously a twisted time to be an immigrant in America — especially where we live in Tucson, just one hour from the border. But it’s only brought the Mexican community closer together here. People are standing up and taking charge, and it is beautiful to witness.

Brian: I think it’s exactly the opposite now. Kids are encouraged to speak multiple languages, to have a greater grasp of complex social issues that affect us all. In the era of globalization there is no time for social liabilities. Heritage creates personal perspective. And it is not only in your best interests to have a deep understanding of your own perspective, but that of your neighbors as well.

MF: In many ways you’re redefining our identity. What is that new identity made of? What is the key component of making it, as you say, “entirely domestic”?

Gabriel: I think the key to our music is that we’ve never forced anything. The band started covering only chicha songs. As we progressed, our rock backgrounds started to shine through more and more. By the time we started writing this record, so many of our influences had found their way into the sonic pallet. The Bollywood influence in “Down From The Sky,” the straight ahead pop hooks of “Killer,” the merengue pulse of “Pressures of Mankind” — this was all very natural for us, and I believe that’s what’s given us this new sound.

Brian: Plus, I purchased an “entirely domestic” app on my iPhone, and we used it during the mixing process. That helped reel it in.

MF: I must say, listening to the album I’m floored by the seamless merger of sounds. I noticed there’s a common theme of blood and death with songs like “Dead Man,” “Vampiro,” “Killer” and “Bloodline.” What’s the main take away form this body of work?

Gabriel: We didn’t go into this record with any conceptual directions, but I think a sort of underlying theme certainly started to emerge. I feel like this record was a steady stream through many veins. We never decided which direction the blood should run, but the natural flow is what brought us to this sound, this aesthetic, this name.

MF: “Thieves that come and eat their own where I come from,” from “Dead Man.” This made me think of coyotes and human traffickers. What inspired this song?

Gabriel: I’ll let Brian take this one, as he wrote the song.

Brian: The song lyrically is a snapshot into my childhood growing up in Barrio Savaco in the ’80s and early ’90s. The neighborhood was rough and plagued with gang violence. I’ll leave it at that.

MF: And the mandatory question: What are your definitions of a Latino Rebel?

Gabriel: Anybody who lives as they choose with no remorse is a rebel in my book.

Brian: I’m not sure what a good definition would be. But if you looked up “Latino Rebel” in a dictionary, there most likely be a picture of Bob from “La Bamba.”