Sen. Orrin Hatch Demands That Puerto Rico’s Government Grow Up and Be Transparent 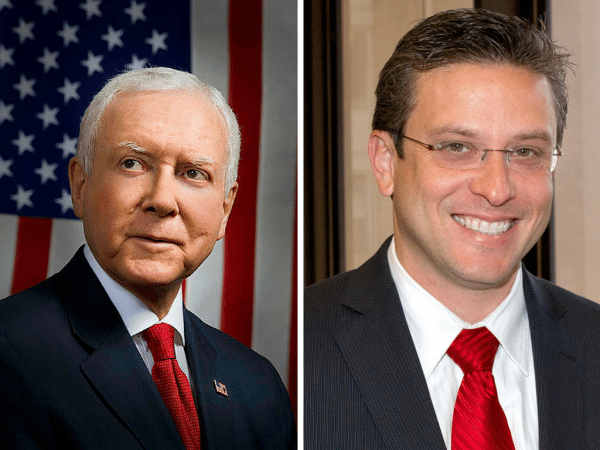 As Washington begins to start paying more and more attention to the Puerto Rican debt crisis (Central Florida, anyone?) and President Barack Obama’s proposed budget includes bankruptcy relief for the US colony-territory, a nine-page February 10 letter from Sen. Orrin Hatch (R-Utah) as chairman of the Senate Finance Committee to Puerto Rico governor Alejandro García Padilla provides a very revealing look into what Capitol Hill is looking for from García Padilla’s fatigued administration: 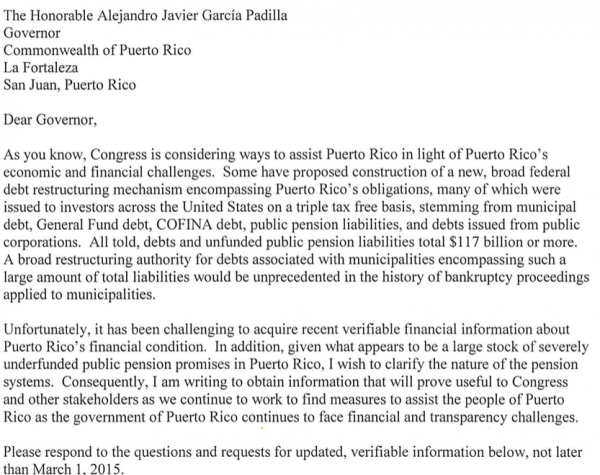 This is the full letter from Hatch to García Padilla. Talk about a wake-up call:

Not surprisingly, Hatch has already said that he won’t support the Obama budget with the Puerto Rico provisions. As The Hill reports:

“I do not believe the administration has been straightforward about the nature of the debt-restructuring authority it is seeking for the territory,” Hatch said at a hearing on the Obama budget released a day earlier.

The Obama administration would allow Puerto Rico to undergo a “comprehensive restructuring” of its debts that would be broader than the Chapter 9 bankruptcy protections offered to municipalities.

Hatch criticized this idea, saying it would give Puerto Rico “unprecedented” restructuring authority. Hatch also expressed concerns that the proposal would prioritize pension liabilities over bondholders despite a provision in Puerto Rico’s constitution that requires the island to pay “general obligation” debt first. He noted that the commonwealth’s debt is often held by retirees.

For more context about Puerto Rico and Capitol Hill, you can listen to this segment from NPR:

2 responses to “Sen. Orrin Hatch Demands That Puerto Rico’s Government Grow Up and Be Transparent”