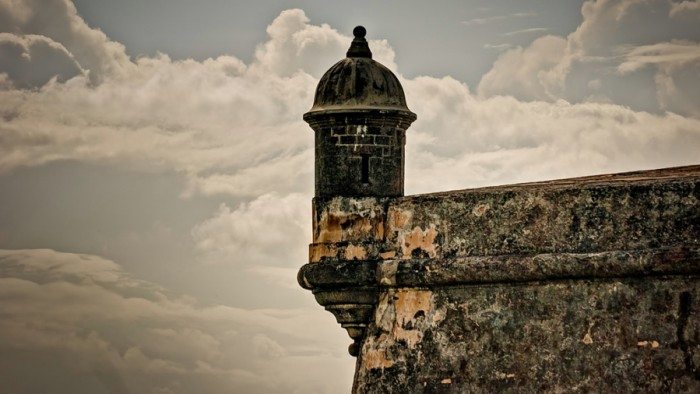 Most tourists see Puerto Rico as a care-free island paradise. But while visiting in 2014, this author heard from workers what life was really like. An unemployed construction worker had to start a mobile barber shop to survive. Some days he had a few customers. Others none. A national park worker confided the hardships he and others faced. The staff was cut from 150 to 22. Wages were plummeting, prices soaring.

Forty-five percent of Puerto Ricans are poor, compared to 15 percent of people in the United States. Since 2006 over 20 percent of all jobs has been lost and at least eight percent of the population has left the island. This is the human cost of over a decade of depression and a debt crisis in which Puerto Rico owes over $72 billion to Wall Street.

The economic disaster is an outgrowth of long-term siphoning away of Puerto Rico’s resources by its colonial overlord, the U.S.A., and finance capital’s relentless pressure to implement neoliberal austerity measures. Workers are suffering and protesting to protect jobs and social services.

Tío Sam seized the island in 1898. In 1899 the peso was devalued, and Puerto Ricans lost 40 percent of their savings overnight. New land taxes forced native farmers to go to U.S. banks for unpayable loans that led to mass foreclosures. By the 1930s, 45 percent of all cultivatable land had been turned into sugar plantations, most American-owned. The U.S. executed a reign of terror against independentistas in the mid-1930s, killing, imprisoning and torturing nationalists.

After World War II, U.S.-held manufacturing dominated the economy. Companies paid workers poverty wages and paid few or no taxes. In 2006 Congress ended IRS tax exempt status for U.S. companies in Puerto Rico, and they abandoned the island in droves for other countries. The economy crashed.

In the mid-1950s, the U.S. declared Puerto Rico a commonwealth and granted strictly limited local rule. But its economic domination remains. All imports and exports are required to be carried on U.S. ships, which makes the cost of living double that in the States. The federal government pays lower reimbursements for Medicaid and Medicare, shoving more expense onto the island government and individuals. Cuts to jobs and services have been the island’s budget-balancing “solution” for decades.

In 1993 public hospitals were privatized. This turned a once accessible and functioning public healthcare system into a shambles. Five years later, the publicly owned telephone company was privatized. In 2009 funding cuts were made to the University of Puerto Rico system, along with layoffs of teachers and government workers, downsized pensions, and raised taxes and utility rates. In 2012 huge exemptions from Puerto Rican taxes were passed for businesses and the rich.

By the summer of 2015, the jobless rate was still above 12 percent and labor participation under 40 percent, 20 points lower than in the U.S.A. As poverty mushroomed, government coffers shrank, since working people almost exclusively pay the bills. Enter Wall Street. For over 20 years, debt has increased into the tens of billions thanks to the government funding its expenses by selling bonds. These are often later bought up at discounted prices by speculators like hedge funds.

After years of ignoring the crisis, in October the Obama administration announced a proposal which has little likelihood of implementation. It includes allowing Puerto Rico to file for bankruptcy (now illegal) so that it could restructure its debt, and raising federal payments to Medicaid and Medicare to equalize them with U.S. states. These measures would require an act of our perennially gridlocked Congress. The plan also calls for an outside control board to monitor Puerto Rico’s finances and police the enforcement of economic “reforms” — surprise — more cutbacks and privatizations.

Obama pointedly stated that there would be no “bailout.” This for a country the U.S. has looted for more than a century. His proposal would do nothing to build the economy. It wouldn’t create jobs. Excluded are higher taxes for the rich and corporations, a straightforward way to fund social services. Without congressional action, Wall Street’s blank check to treat the territory like a cash cow will stand. The one percent will get their payday, while the Democrats cynically try to win Latino votes because they “tried.”

The Fight for Survival

In spite of Puerto Rico’s colonial status, its people have a long history of resistance to U.S. domination, union-busting and privatization of public services. In 1998 union workers at the public telephone company waged a 41-day strike against privatization. UPR students led a heroic strike in 2010 that shut down 10 campuses to protest an $800 tuition hike, budget cuts and privatization.

In September 2015 thousands of public sector workers hit the streets to protest austerity measures. A November 5 march of thousands protested the federal government’s unequal funding of Medicaid and Medicare. Teachers planned a one-day general strike on November 17 in response to a plan to close more than 380 public schools on top of 150 already closed in the past five years.

Puerto Rican socialist Ricardo Ortiz says “radical segments of the labor movement need to initiate a coordinated united front action to respond to the crisis. Ultimately, independence and socialism in Puerto Rico and worldwide is the solution.” (The Freedom Socialist Party agrees.)

In the near term, union and left solidarity from the U.S., calling for the cancelation of Puerto Rico’s debt, funding public jobs programs and equalizing federal support to the island’s social services would help strengthen Puerto Rican workers’ hand and give them a fighting chance to raise their living standards and be able to stay in their homeland.

Yuisa Gimeno is Puerto Rican, a unionist and a Freedom Socialist Party activist.