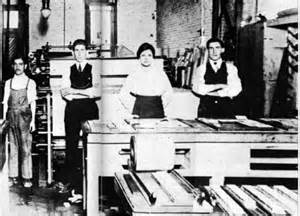 Jovita Idar, teacher, journalist, and political activist, was one of eight children born to a small newspaper publisher, Nicasio Idar, and his wife, Jovita. After earning a teaching degree from the Holding Institute, a Methodist school, in 1903, Idar began teaching school in Ojuelos. However, her inability to improve the poor conditions of the school prompted her to resign and join the family weekly newspaper, La Crónica. 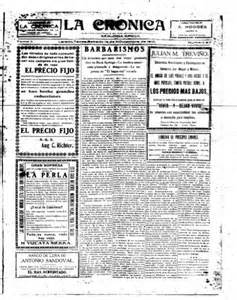 La Crónica, a Spanish-language newspaper, probably began publication in Laredo in the 1890s. It became noted for its coverage of the economic and social condition of Texas Mexicans and for championing their cultural heritage and exposing racial exploitation. It also promoted economic development of the border region and included commentary and essays on philosophical, religious, literary, and political issues. The paper promoted the intellectual development and civil rights of Hispanics. It ran poetry columns, editorials against bigotry, and promotions of civic leagues. criticized anti-Mexican discrimination, lynching, and poor social conditions. The paper also supported the Mexican Revolution in Mexico that broke out in 1910. Idar later went to Mexico as a nurse to care for wounded revolutionary soldiers. In 1911 Idar became the first president of the League of Mexican Women to promote the education of poor children.

Mexican children in Texas need an education…. There is no other means to do it but ourselves, so that we are not devalued and humiliated by the strangers who surround us. 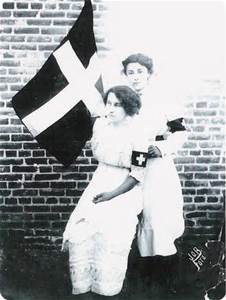 That same year, she founded The Liga Femenil Mexicanista, a social, cultural, political, and charitable organization for Mexican-American women. It was modeled on the recently established Congreso Mexicanista. Several of the women operated their own schools and allowed the children of the poor to attend free of charge. The league is one of the first-known attempts by Mexican-American women to unite for a social and political cause, and it attracted the most educated women of the community. Idar stated:

Working women know their rights and proudly rise to face the struggle. The hour of their degradation is past…. Women are no longer servants but rather the equals of men, companions to them 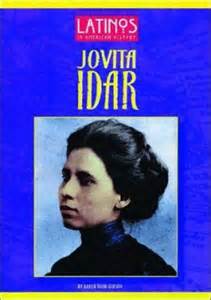 We salute you, Jovita Idar, during #WomenHistoryMonth.

To learn more about Jovita, visit our friends at the Texas State Historical Association.