‘Salsa Dura’: A Polyrhythmic Mission Paired With the Perfect Ingredients 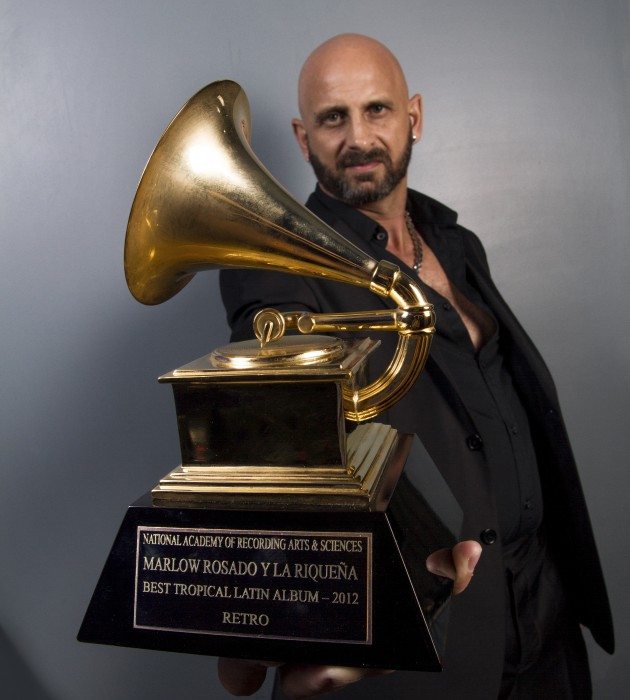 According to the Merriam-Webster Dictionary, the word polyrhythmic is an adjective used to describe the “simultaneous combination of contrasting rhythms in music.” To no fault of its own, the word is often synonymous with music rooted in the African diaspora. This would certainly apply to Latin music — specifically, “Salsa Dura” (hardcore salsa).

It’s music which is often described as a melting pot of all things Latino, where musical arraignments are brought to a complete simmer. The percussions, the horns, the bass, the piano and the strings are all added in. They are all made to not only play off of one another, but also intertwine as to affirm that they cannot function in a solitary manner. If you remove one ingredient, the flavor of the recipe can be seriously compromised. If you add too much to the mix, then what should be a perfectly blended and enduring flavor could wind up being flat or watered-down.

In essence you need to ensure all the components to properly compliment the other from a musical perspective. It’s not a complex concept at all. The malanga, yucca, rice, beans and meat simply cannot stand alone. And this is far from Mama Bear’s porridge that has to be just right: this is something that has to be perfect.

Be this as it may, a composer’s entry in to the world of music, let alone salsa, can be anything but textbook.

Marlow Rosado, a Grammy Award-winning producer and composer, recalled how he fell into music:

I got into music in the oddest way. When I was a seven-year-old boy I told my mother that I wanted a Tonka Truck [for Christmas]. So my mother went out to get me this Tonka Truck. And on the 25th I saw this big box under the tree, and I was sure that was my big Tonka Truck. When I opened this big box it was an organ. I understand you didn’t find the truck but you could’ve gotten me a Corvette. But I never understood. She still cannot explain to me what possessed her to go from a Tonka Truck to an organ. So I feel like it was divine intervention. God just put her in the isle with the organs. Had she gotten me that Tonka Truck, perhaps I would’ve been a truck driver.

Thankfully the latter never occurred in Rosado’s case. He stuck with the instrument for a while, eventually moving on to the piano. Rosado would stay the musical course that began in his youth, take up songwriting, and earn a master’s degree in jazz education. Over the course of his career — which spans over two decades — he has worked with such big names as Ricky Martin, Celia Cruz, Selena, Marc Anthony and Olga Tañón. Rosado even won a Grammy in 2013 for Best Tropical Latin Album, beating out Romeo Santos’s mega debut album Formula, Vol. 1. Clearly the acceptance of the gift from his loving mother brought out one that was bestowed upon him by a special being. It’s also safe to say that his work within the American pop, Latin pop and salsa worlds have not only given his name well-deserved recognition; it has demonstrated that he is one of music’s most eclectic songwriters and producers.

Yet there is one musical mission the man has been on from the onset. “Everything that is old and gone becomes new again at some point. I don’t think I am the only one doing it. But I think I am the loudest one. I’m the one with the biggest [voice] right now. I won a Grammy with ‘Salsa Dura’. All four [of my] records are ‘Salsa Dura’. I think I’m protecting this idea of ‘Salsa Dura’ because this is a genre I love,” the two-time Grammy Award-winner asserts.

And if one is to check the liner notes to each production crafted by Rosado, one will see that what he is stating is completely factual. By working with the likes of Domingo Quiñones, Andy Montañez, Ismael Miranda, Bobby Cruz, Salvador Cuevas and Richie Ray, Rosado has more than a certified affinity for his most beloved genre of music. In addition the man known as “El Salsanimal” has managed to forge his own legacy, while defending the crown of “Salsa Dura” along with his fellow salseros.

This should not be a shocking revelation to anyone who encounters his music. Those who truly live and breathe Salsa Dura know for a fact that it never went to the graveyard. Rosado was not only raised on the music, he became the last artist signed by Fania Records in 2009. To say that he grew up a hardcore fan of the music label and its cavalcade of artists is definitely not a stretch of the imagination. He has even gone on to cite Eddie Palmieri’s 1984 classic album Palo pa’ rumba as the record that made him a salsero. However, it would be another cornerstone of the Fania sound who would prove to be instrumental early in Rosado’s career. “He became an instant friend,” Rosado, a native of Cataño, Puerto Rico, shared with regard to the early formation of his relationship with legendary Fania composer and band director Larry Harlow. 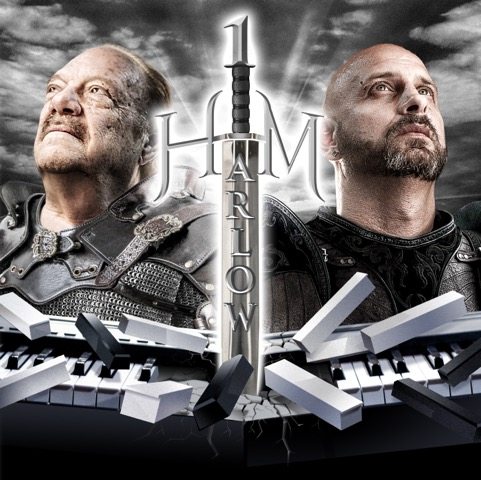 Although both men are from different generations, the two quickly found that they had a lot in common besides a close relation to their respective first and last names. Each were composers who have worked in similar circles and with the same big-name artists. Both are not only gifted pianists and composers, but they are keeping the flame of their true medium alive. The relationship which started as Harlow needing Rosado’s fledgling band to work with while in Miami during the mid-1990s quickly turned into production work. Over the course of the past 20 years the two have collaborated on multiple projects. Rosado even arranges music for the man known as “El Judio Maravilloso” (The Marvelous Jew) whenever he visits South Florida. When further discussing the relationship, Rosado is not bashful to refer to Harlow as a mentor.

Their most recent joint effort, Harlow Marlow Volume 1, is a strong indicator of how the musical partnership has come a long way from being an apprenticeship of sorts. The album is steeped in the tradition of the Fania sound, which has lasted throughout the ensuing decades since it was constructed in the 1960s. It is classic Afro-Cuban and Latin jazz with a modern twist. The album features such standout tracks as its first single “A Mi Me Está,” “Ebo” and “Cataño, the latter of which is an ode to Rosado’s hometown. It is seasoned with crisp guest vocals by salsa veterans José Arroyo and Luisito Rosario. The album, which is co-produced by Rosado and Harlow, marks the first time the 78-year-old icon has put out a release in the past 12 years.

Though it is as advertised, when it comes to securing the legacy of Salsa Dura, it does serve another purpose according to Rosado.  “It was very natural to do this record. This is a great album in the sense that this is a passing of the torch. Where he’s (Larry) handing it down. He’s one of our last living legends of this era. It’s such a pleasure and such an honor that this last production was with me.” Rosado humbly states.

Harlow Marlow Volume 1 is set for release in March. It will be available to purchase via online and digital retailers. As a bonus Rosado has also made a point to release the album on vinyl in order to give hardcore fans the warm feeling of an analog recording. The duo is also slated to play an album release party at Miami’s famed El Tucan on March 10.

As for Rosado’s future ambitions, he decreed, “I’m going to make a record that I am going to break every single rule know to every modern salsero. I want to make the Salvador Dalí record of Salsa.”

Harlow Marlow Volume 1 goes on sale Friday, March 11. You can purchase the album through iTunes, Google Play and Amazon.

Daniel Rivera is a host and entertainment reporter from New York City. Many know Daniel as media jack of all trades who has an all-out hustle, immeasurable knowledge of pop culture and geeky charm. Follow him @DanielRiveraTV.

One response to “‘Salsa Dura’: A Polyrhythmic Mission Paired With the Perfect Ingredients”