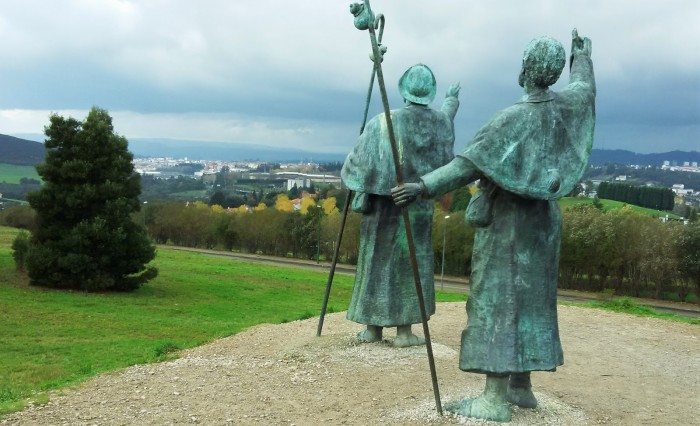 From the heights of Monte de Gozo (Mount of Joy), pilgrims are able to first glimpse their final destination: Santiago de Compostela. Since early in the 12th century, when the cathedral was completed, the church towers could be seen below in the valley. Because of this, starting nearly a thousand years ago, the moment pilgrims reach the top of Monte de Gozo they experience a rush of mixed emotions — it’s the realization that the end of a long, difficult, and often magical voyage is at hand.

According to Camino historians, close to a million pilgrims undertook the journey during medieval times. These quests started in the year 813, when a Christian hermit named Pelayo saw a light shining down on Mount Libredon. The illumination led him straight to the grave of Saint James. And last year, 2015, the year of my pilgrimage, over a quarter million pilgrims walked the Camino to pay their respects to the patron saint of Spain. 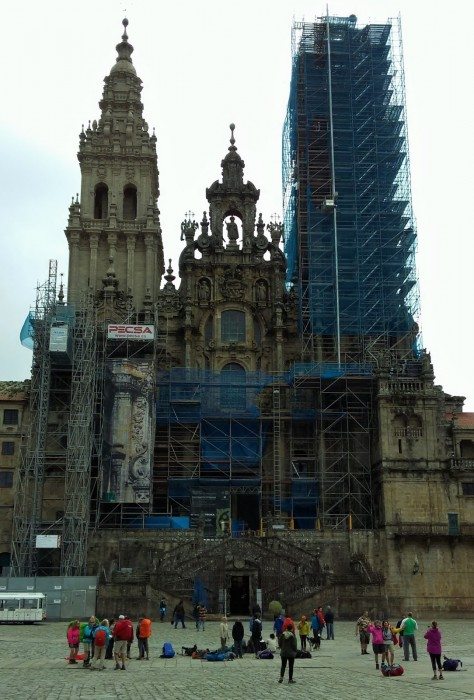 The cathedral, currently under restoration

Is the apostle really buried in Compostela, or the “Field of Stars,” as the location was originally called? The truth is that we lack historical evidence to back this claim. The story of how Santiago’s remains ended up in Galicia, in a remote area of northwestern Spain, is a tale that has been passed down orally through generations and has now gone on to reside in the realm of myths and legends.

And, yet, in our times, in this age of skepticism, the number of pilgrims who walk long distances to visit the apostle’s tomb is at its highest point ever. 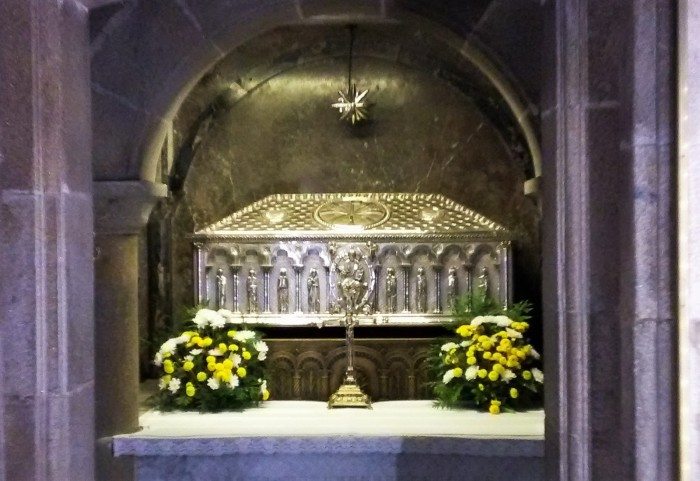 The tomb of Santiago, apóstol

I, for one, do not care if the remains entombed in the cathedral are actually those of Saint James. What I love is the idea of the shrine being his tomb. This notion alone filled my journey with meaning.

I suspect that many other pilgrims feel the same way. What is ultimately important is that the pilgrimage to Santiago de Compostela invited us to take a dual journey: an outward, physical one of enduring a 500-mile walk, and an inward one of reflection and self-exploration that leads to becoming more compassionate.

In the quest to test physical limits and spiritual potentials, today’s pilgrims walk a path that millions have treaded before them. And the spirits of previous pilgrims, many who completed their journey millennia ago, still inhabit the churches, villages, trails, and inns along the Camino. It’s virtually impossible for today’s pilgrims to ignore their strong presence, a presence that urges us to keep moving forward during the most difficult passages. 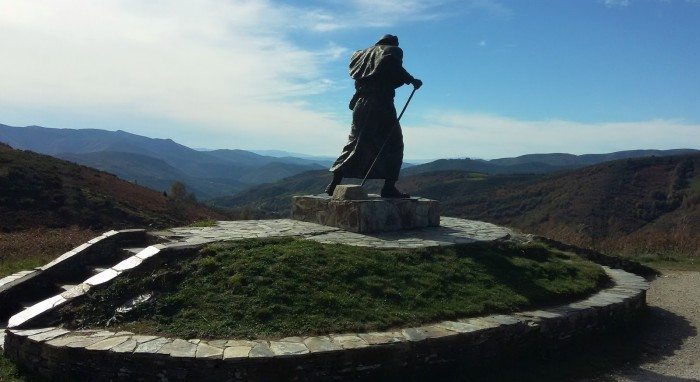 Statue of a windswept pilgrim on Alto de Roque, Galicia

It becomes an odd sensation, then, that upon arrival at our final destination we too become spirits. At the conclusion of the journey, the Camino requires those who have completed the pilgrimage to leave a part of our spiritual selves behind in gratitude for the countless blessings we have received throughout our lives.

What’s more, once we reach Santiago de Compostela, our quest becomes another: for the remainder of our lives we need to apply the lessons we have learned during our walks. Otherwise our effort would become meaningless.

And to live a life of reflection and compassion, as we did during our travels along the Camino, is a far greater challenge than just walking 500 miles.

One response to “A Neverending Quest”