Once Ashamed of My Mexican Immigrant Parents, But Not Anymore

EDITOR’S NOTE: A previous version of this essay was published here. Alvaro is a regular contributor to Latino Rebels and he gave us permission to publish this piece. 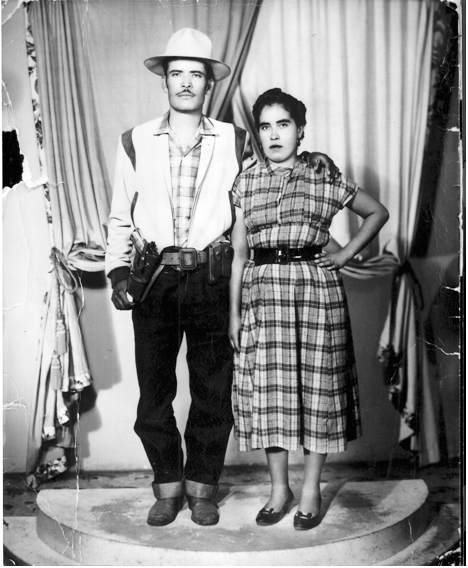 When I first applied to UCLA, I wrote in my personal essay that I didn’t have any positive role models in my violent neighborhood.

Having grown up in East Los Angeles’ Ramona Gardens housing project, I wrote that most of the adults represented gang members, drug dealers, thieves, tecatos (heroin addicts), alcoholics, felons and high school dropouts (or push-outs). I also wrote about my disdain for housing authority officials and government workers for behaving like prison wardens and guards toward us: project residents who depended on government aid or welfare.

Moreover, I decried the police abuse that I had witnessed and experienced, like the time when a cop pointed a gun at me. My crime: being a 15-year-old making a rolling stop while learning how to drive.

Lastly, as the product of low-performing public schools, I highlighted the low expectations most teachers and counselors had for their poor Chicano students. Fortunately for me, I excelled in mathematics.

While I was eventually accepted to UCLA, I should have been more truthful in my essay. In fact, I did have positive role models: my Mexican immigrant parents.

But why didn’t I give them credit? Did they represent drug dealers, criminals or rapists, as some buffoons want to us to believe? No. They never committed a crime or received a parking ticket. It’s difficult to get a ticket when you can’t afford a vehicle.

Did they migrate to this country to take jobs from American workers? No. My father, Salomón Chávez Huerta, first arrived in this country as a farmworker in the Bracero program, a U.S.-Mexico guest worker program from 1942 to 1964. He also worked as a janitor and day laborer.

My mother, Carmen Mejía Huerta, worked for more than 40 years as a domestic worker, cleaning the homes and taking care of the children of white, middle-class families. Like millions of Mexican immigrants, my late parents took jobs that most American workers reject due to dismal pay, lack of upward mobility and low social status or stigma, i.e., immigrant jobs.

In retrospect, I should have written about their remarkable stories of hard work, sacrifice and resilience in a hostile society. It’s amazing how two Spanish-speaking parents with only a couple of years of education in a small rancho raised eight children, sending four of them to elite universities. This includes raising the most accomplished Latino artist, Salomón Huerta, in the United States.

Instead of being proud of my Mexican parents, I was ashamed of their low social status.

Actually, since I grew up in segregated neighborhood where all of the residents received government aid, like most of my childhood friends, I never thought of myself as Mexican or poor. As a kid, I assumed that all parents spoke only Spanish and kids wore hand-me-downs. I also considered food stamps to be the common currency for all Americans when purchasing food.

It wasn’t until being bused to a white-majority junior high school, Mt. Gleason Jr. High, in the suburbs that I first experienced overt racism and realized that I was poor. For the first time, I was different than most people. Not only was I different, but also labeled as inferior by my white classmates. It was the first time in my life that I was called a “wetback,” “beaner” and “low-rider.”

This idea of being different or inferior followed me to college. I will never forget my first summer class at UCLA, for instance, when the professor asked us to share about our parents. While we had other racialized minorities in the class, I was the only Chicano student from the mean streets of East Los Angeles.

“Both of my parents are UCLA alums, and they’re both attorneys,” an African American student said with pride.

“My mom is a doctor, and father is an engineer,” a Latina student boasted.

“I’m a foreign exchange student from Latin America, and my father is a diplomat,” another student said with delight.

I panicked. What should I say, I thought to myself? Should I say that my mother cleans homes and father sweeps floors in a factory?

Not being able to compete with my privileged classmates with their professionally accomplished parents, I uttered something general like, “My parents are workers in the U.S.”

While I will never forgive myself for not giving my parents credit for motivating me to pursue higher education, growing up in a society where brown people are scapegoats for America’s failures, it makes sense that I would feel embarrassed about my Mexican roots and working-class background.

While Mexicans in El Norte have become convenient targets for American politicians like Donald Trump, there’s a long tradition of Mexican-bashing in the United States. Since the military defeat of Mexico in 1848, American leaders and public figures have treated Mexicans in this country as second-class citizens and social burdens or threats.

For example, as an influential public figure, the late Harvard professor Samuel P. Huntington famously argued in his 2009 article “The Hispanic Challenge” that Mexicans and other Latinos represented a threat to the U.S. Where was the public outcry over his racist thesis?

As the largest ethnic group, accounting for more than 55 million U.S. residents, Latinas and Latinos in this country deserve to be treated with dignity and respect.

As a Chicano scholar with degrees from UCLA and UC Berkeley who, as a teen, internalized the pejorative narratives against brown people and the working class in this country, I have a clear message to Latinas and Latinos, especially young people: Don’t allow a bully like Trump or other American leaders to make you feel inferior due to your ethnic heritage or ashamed of your social status.

One response to “Once Ashamed of My Mexican Immigrant Parents, But Not Anymore”