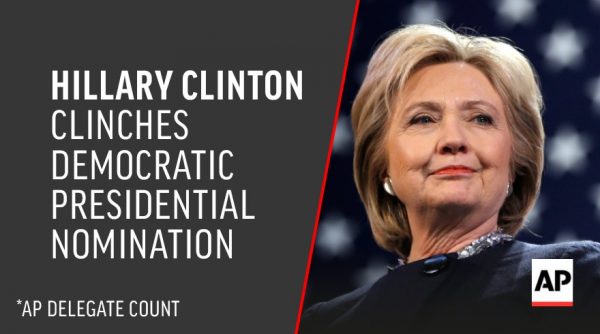 In response to an Associated Press tweet and subsequent story last night that called the Democratic race for Hillary Clinton hours before several Democratic primaries (including California) were to take place, (inspiring a new #APRetract hashtag), we wanted to take a moment and share one of the best responses we have seen so far to the move by AP and others. It is a public Facebook post from veteran Latina journalist Pilar Marrero. We don’t think anyone has summed up the problem as well as Pilar did below. Read and learn, people.

The rush of AP & NBC to finish a survey of superdelegates hours before millions of people vote in several states it’s part of the reason people hate the media. And today, I am hating us too, because this was completely unnecessary.

They have no idea how this may affect the system, different races up and down the ballot, people’s trust in media and the democratic system. We are in this kind of campaign today because the media and the politicians have played to their advantage without any concern for the people, the country or the system of democracy.

I am pissed at my colleagues that think that gaining a few hours in the reporting of what was going to be reported tomorrow anyway makes them somehow better as journalists or media outlets.

I’m actually pretty disgusted by it because THIS PARTICULAR YEAR, in the MOOD THE PUBLIC IS IN, it’s particularly irresponsible to rush this “virtual voting” by superdelegates so you, AP and you NBC can say that YOU reported first that Clinton is the “presumptive nominee”

There. I think I have stayed in this profession way too long.

For the record, superdelegates don’t vote until late July. As Heavy says about AP’s news:

The only problem is that they are counting superdelegates, who don’t vote until the Democratic National Convention. Some of the superdelegates in California have said that if Bernie Sanders wins, they may switch to endorsing him. In fact, according to Politico, Sanders has been attracting more and more superdelegates.

This doesn’t mean that Sanders has an easy path. He has a very difficult path and would have to win by a large margin in California on Tuesday in order to get close enough to Clinton’s pledged delegate count to make a case in the Democratic National Convention. But his doing this is still possible, not an impossibility.

Here’s a look at the delegates before the Puerto Rico primary: