A Texas Judge Should Not Have Access To My Personal Information 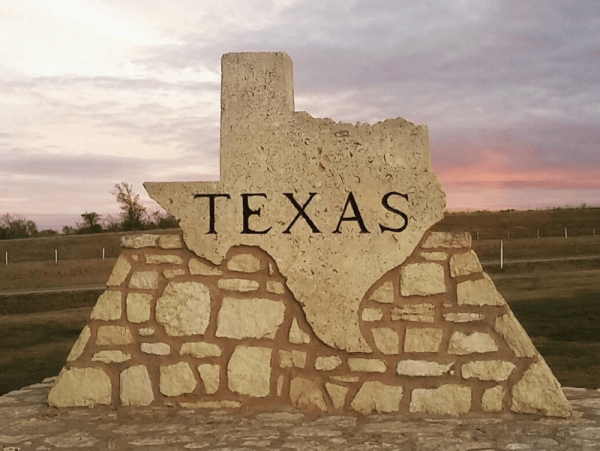 It was one of the worst days of my life. My mother sat next to me at Florida International University, and, with blank look on her face, listened to an admissions officer tell her our family would have to pay three times the amount of in-state tuition just because we lacked a green cards.

My mother was devastated. With tears in her eyes, she embraced me and apologized. Unsure of what the future would look like for my family and me, I knew that my immigration status was not something I could run away from — and that to be successful I would have to work harder and better than my peers.

That was in 2006. It’s the day I became an immigration reform advocate.

I devoted the next several years to fixing America’s broken immigration system and advocated for the rights of millions of undocumented immigrants across the country. In 2012 I received the news that President Obama would provide temporary relief  ( called deferred action ) to undocumented immigrants like me who were brought to the U.S as children, had graduated high school or served in the U.S. armed forces and had committed no serious crimes.

The program known as Deferred Action for Childhood Arrivals, or DACA, offered hundreds of thousands of undocumented immigrant youth like me a chance to apply for a temporary reprieve from deportation and eligibility for work authorization as long as we met certain eligibility criteria and passed background checks. This also meant that I could apply for a driver’s license in my home state of Florida, which would allow me to commute to work or school.

For me, DACA meant that I could pursue my dreams and passions free from the fear of deportation — even if it was temporary.

Needless to say, I scrambled to compile all kinds of documents to prove my DACA eligibility. Copies of bank statements, school transcripts, passports and other paperwork were neatly stacked alongside my DACA application , which already contained additional personal details like my parent’s home address and my social security number.

For the past three and a half years I have worked hard, paid taxes and benefited from DACA. I have been able to purchase a car, complete a graduate degree and help provide for my family.

When I applied to the USCIS for DACA in 2012, I never imagined that my personal information could be released without my authorization. That’s why I was shocked when Andrew Hanen, a federal judge in Brownsville, Texas, ordered that the Department of Justice turn over the personal information of 50,000 immigrants like me whose 2014 DACA renewal applications were issued with three-year validity periods.

Judge Hanen presides over Texas v U.S., the case in which Republican politicians from 26 states are challenging President Obama’s immigration executive actions. Hanen ordered the release because he believes Department of Justice attorneys mislead him about the issuance of three-year DACA extensions — like the one issued to me. The judge says he’ll hold the information “under seal” but will release it to certain states  ( including my home state of Florida —) if they show “good cause.”

But I have never met Judge Hanen. I have never set foot in his courtroom. I have never made any representation to him about anything. Yet, Judge Hanen has decided to punish me and tens of thousands of other DACA recipients because he thinks the DOJ lied to him.

That’s why I, along with three other individuals, are taking legal action in the 5th Circuit. I believe I have a right to privacy and that my personal information should not be handled without my consent. I fear that the information could be leaked to the media —exposing me and my family to a myriad of dangers including identity theft and threats from anti-immigrant groups across the country.

While Judge Hanen’s order was recently stayed until August 22, 2016, the truth is that this whole soap opera could be put to rest should the U.S. Supreme Court uphold the legality of DAPA and DACA+ in the Texas v. U.S. case — two programs that could provide immigration relief to millions of undocumented families across the United States. It is time for our country to past this ugly, anti-immigrant episode.

I remain committed to fighting for the rights of undocumented immigrants — and especially those whose personal information could be released just because they applied for DACA.

Juan Escalante is the Latino Rebels Tumblr editor. He also works for America’s Voice. You can follow him @JuanSaaa.