We are fairly certain that you are unaware of a recent Gallup poll about immigration levels in the United States and how Americans feel about those levels. While candidates like Donald Trump are calling for a Tanton Network (look it up) promotion of lower immigration levels, the majority of American people, according to Gallup, don’t want immigration levels decreased. You don’t believe us? Check it out here: 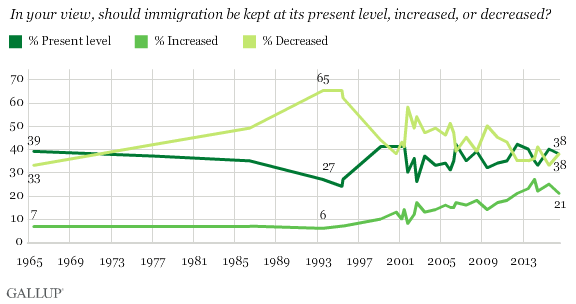 The two following images explain a lot, so stick with us. The first one asks what Americans think about immigration priorities. 51% of Americans believe that the United States government needs to address this nation’s undocumented population, with 45% asking for a halt to the flow of undocumented immigrants into this country. 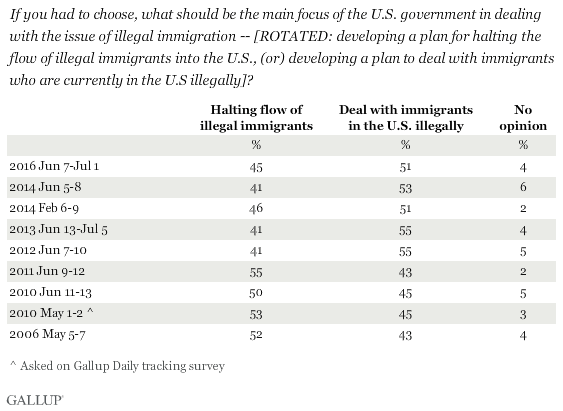 Furthermore, and this is really important, when asked specifically about how the U.S. government should address the undocumented population, only 14% of Americans strongly favor deportation of all undocumented immigrants. 18% favor it, but a combined 66% opposed or strongly oppose this policy. Similar splits happen when asked about building a wall across the entire U.S.-Mexico border. And when asked about a path to citizenship, 84% (84%, people) combined favor a path to citizenship with requirements. (Not surprisingly, when focused on Latinos, those support numbers increase to 92%.) 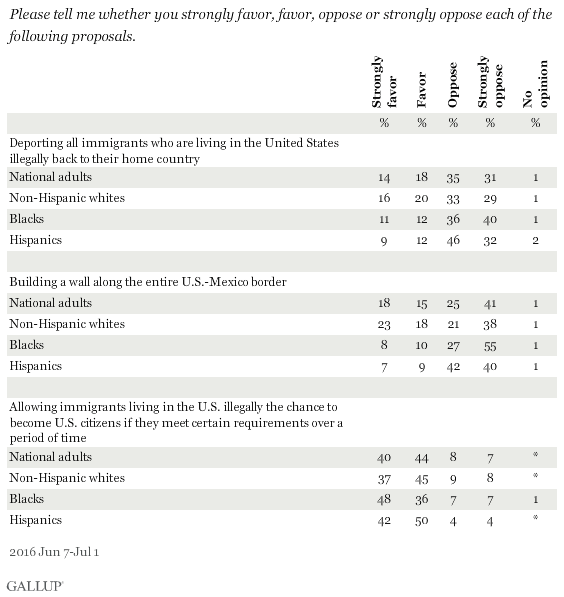 So why is the U.S. political media NOT bringing up these numbers during its extremely simplistic analysis of Trump’s immigration plan? Why is the media not saying that Trump’s policies don’t represent the majority of Americans’ views? You would think the media would do a bit more digging about this. Oh wait, that would be bad for ratings.

To read the entire Gallup poll from this summer, click here.