Despite a History of Scandals and Corruption, I Will Always Be a El Salvador Soccer Fan 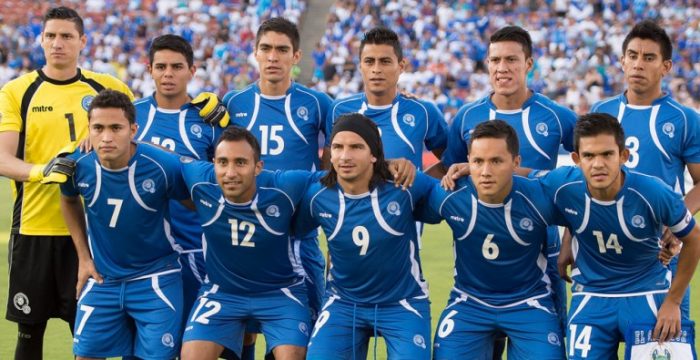 Amid allegations of possible match-fixing and bribery during the current FIFA World Cup qualifiers in the North American CONCACAF region, fans of El Salvador’s national soccer team are once again reminded that sports offers no escape to the countries ongoing narrative of corruption and violence.

Last week, reports surfaced of players being offered bribes to fix their final match against Canada. By this point, El Salvador had already been eliminated from advancing to the next round. However, a Salvadoran victory over Canada would have greatly benefitted neighboring Honduras, the alleged source of the bribe. (Canada defeated El Salvador, 3-1,, but Honduras still advanced to the final Hexagonal round.)

Whatever the conclusion may be to this scandal, it adds another chapter to the frustrating and depressing state of Salvadoran soccer. The latest bribery allegations follow a more embarrassing scandal in 2013, when as many as 14 players were banned for life for match-fixing.

This is an ongoing saga that includes institutional corruption, bribery, match-fixing and even murder.

In between these two bribery scandals, there have been accusations by players against the Salvadoran Soccer Federation (FESFUT) of corruption, misuse of money, and lack of investment in infrastructure. FESFUT has also had a revolving door of coaches (Ramón Maradiaga is the latest one to get pushed out), with each one leaving on bad terms and also accusing FESFUT of corruption and mismanagement. The Salvadoran public has laid more blame on the state of Salvadoran soccer on FESFUT than the players.

Even Bulgarian legend Hristo Stoichkov went on air on Univision last year to accuse FESFUT of corruption. Although he later apologized for his comments, it still resonated with many Salvadoran fans that are fed up with FESFUT.

All of this has taken a once proud and strong soccer country to the abyss of self-destruction and ridicule while other countries like Costa Rica, Honduras and Panama have surpassed El Salvador as the new kings of Central American soccer.

So why should non-sports people care about soccer in El Salvador?

The culture of corruption & violence that has led many Salvadorans to leave their country in the last few years has also infected almost every institution in Salvadoran society, including soccer.

Because of intimidation from gangs, any institution that generates money is easily the target of gang intimidation. Soccer is big business in El Salvador. For example, Uruguayan player Sebastian Abreu could not wear his favorite number 13 for his new club Santa Tecla because of the numbers association with MS-13. Players in El Salvador have also avoided wearing jerseys with the number 18 because of its association with rival gang Calle 18. These are unspoken, unwritten rules that show how much fans and players fear these gangs.

Perhaps the worst incident to hit Salvadoran soccer in the last three years was the murder of former national team player Alfredo Pacheco last December. Pacheco was one of the 14 players that were banned for life for match fixing in 2013. Prior to the scandal, he was one of the brightest stars in the Salvadoran league.

Last year, Pacheco was gunned down at a gas station near his hometown of Santa Ana. Before his death, he maintained his innocence to the match-fixing allegations, even accusing FESFUT of greater corruption.

His murderers have yet to be captured, like so many others in El Salvador.

The cliché about sports is that it is supposed to be a form of escapism that should allow people to forget the troubles in their everyday lives. However, the real world can sometimes hit us too hard, even in places of joy.

As a Salvadoran myself, I often wonder when this cycle will ever end.

So why do I still support the national team after all of this mess?

I still have pride in being Salvadoran. In spite of all the turmoil both in sports and in society, there is still this belief that the human spirit can overcome this cycle of violence. And maybe win a game or two along the way.

To their credit, the current team did not take the bribe prior to the Canada game. So at the very least, they learned from the mistakes of the team before them. FESFUT is under a greater microscope than ever both by the public and players.

Will this lead to any tangible efforts to improve the game? Who knows? We have bigger problems to deal with than soccer.

Until then, I will continue to support the national team because they are now a very real reflection to the troubles of Salvadoran society. Perhaps if we win a game or two in the next cycle, it might mean an escape from the current cycle of hopelessness.

Salvadorans are living a difficult time of forced migration, homicides with no justice served, anti-immigrant sentiment in the United States and no joy from sports to escape it all.

But the sun will rise again tomorrow.

Call me naïve if you’d like, but the last thing any Salvadoran would do in the face of so many difficult times is give up on your own identity. I find part of my identity in supporting the national team, and I am not changing my colors or my heritage in the face of hopelessness anytime soon.

Oscar Fernández lives in Washington, DC. He is the co-host and co-producer of the Latino Media Collective, a grassroots Latino public-affairs program that airs on Pacifica station WPFW 89.3fm Fridays at 1pm EST in The District.