Apparently, it’s still completely acceptable to name-call your opponent, let alone a woman, at a presidential debate. #NastyWoman (or the shorter version, bitch) has long been used as an insult to vulgar, overly-sexual women by patriarchal society standards. The term has been exchanged and redefined thanks to feminist movements, widely used to point out strong, outspoken (and successful) women. The derogatory vociferation Donald Trump dared to employ comes after numerous accusations of sexism, at “best,” sexual assault at worst.

Bigotry, sexism and racism personified, Trump represents the mindset of a former United States of America living comfortably in a white male privilege universe. For many of us, the “white picket fence” family values and success cliché descriptor really means the “white penis prison gates.” Abortion is still a bullet point for political discussion in election cycles, solidifying men’s need to control “their” women and regulate reproductive rights. Even worse is the surfacing of #RepealThe19th, an attempt by Trump supporters to help him win the elections by having only men vote.

In seeking independence and the power to rise up, women are self-creating work, taking over leadership positions in all industries and finally are running for President. Women are breaking flimsy, unerect barriers to grasp and enjoy a new-found freedom to auto-realization. So, what would be one of Trump’s worst nightmares, aside of proving people actually voted for Hillary Clinton and the election wasn’t rigged?

Women of color beating him at the business game.

No, it’s not just closing the gender pay gap, while being associates and subordinates in Corporate America, but actually being better business leaders than Trump claims he is.

Latinas are leading the business growth and entrepreneurship in the United States. Latinas are launching new businesses at three times the national rate. In fact, Latina-owned businesses created 550,400 jobs and contributed over $97 billion in revenues to the U.S. economy in 2015. Yet we still have a way to go to ensuring Latinas (and Latinos) are able to reach their full economic potential. Only about 1% of all Latino-owned businesses created between 2007 and 2012 in the U.S. received venture capital or angel investments. Furthermore, particular cultural traits, like fear of rescinding ownership of an established family business, may slow down the smooth sailing cruise to self-creating work. A recent study from Stanford Graduate School of Business shows that Latino businesses could have generated an additional $1.4 trillion in 2012 if they had been of equal average size to non-Latina(o) businesses.

We celebrate established Latina entrepreneurs in different industries such as Jessica Alba, founder of The Honest Company, Nely Galán, founder of The Adelante Movement, Maria Contreras-Sweet, founder of ProAmérica Bank, Martha De La Torre, founder of El Clasificado and Cynthia Rubio, founder of Radiant RFID, to name a few. As Latinas become the entrepreneurial soul of our nation’s economy, the following rising stars take the spotlight as true world business disruptors. These Latina rebeldes are using their entrepreneurial skills to break normalized racist and sexist patterns in business.

#LatinasinTech: Rumor has it that recruiting software’s algorithms tend to be biased. And biased means prejudiced. It’s hard to believe computers may be racist, bigoted and sexist, but there’s an actual algorithm that singles out women, particular races or ethnicities, and even veterans. It takes a Latina to fix this problem. 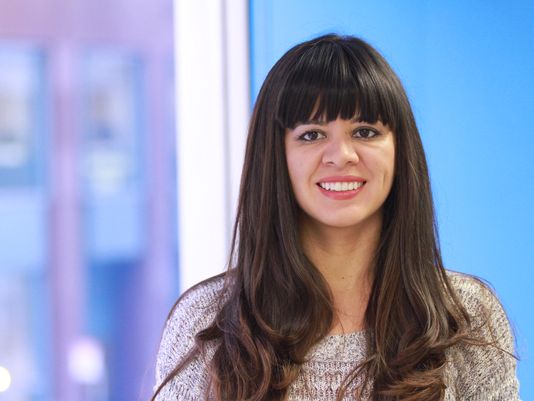 Laura Gómez came to the U.S. from Mexico when she was 10. She was one of the few Latinas working at YouTube and Twitter. Now, she’s the co-founder of a media start-up, her 20-month-old recruiting software Atipica, which raised $2 million. It’s one of the largest seed funding rounds for a Silicon Valley technology company run by a Latina founder. Laura has worked in tech since she was 17 and was responsible for the expansion of Twitter en español. She has also worked at Jawbone, YouTube, Google Brasil and AKQA London. Laura is a passionate advocate for diversity in tech was recognized by the Department of State and Secretary of State Hillary Clinton for her involvement in the TechWomen Program. And what does Atipica do? Recruitment for diversity and inclusion. Laura built unique demographic models based on text as well as bias interrupters baked into the resume reviewing process. In other words, no more weeding out Spanish last names, for example.

#LatinaCreators: Did you know that Mexican Lydia Villa-Komaroff invented the Recombinant DNA Molecule, also known as rDNA, an artificially made DNA strand? Or that Puerto Rican Olga D. González-Sanabria invented the alkaline battery containing a separator of a cross-linked copolymer of vinyl alcohol and unsaturated carboxylic acid, also known as the alkaline battery? 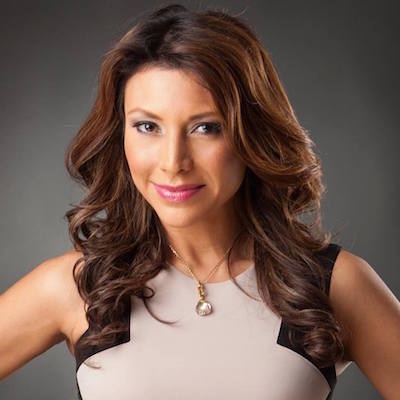 In order the amplify the next wave of Latina and Latino creators, XL Alliance CEO, Lili Gil Valletta launched a project to help fill the gaps in access, opportunity and wealth many entrepreneurs face. Inspired by her own experiences as a businesswoman and an immigrant (who for a short period of time was undocumented) Lili co-created Dreamers Ventures, an investment accelerator for Latina and Latino inventors and entrepreneurs, alongside best-selling author Bob Circosta. They’ve partnered with entertainment and lifestyle retailer HSN for a groundbreaking pipeline program called Project American Dreams. This competition will capture the entrepreneurial spirit of Latinos in the United States, while following their real-life journey going from start-up to launching a product to the marketplace. In hopes for this to also be an educational tool, Stanford Latino Entrepreneurship Initiative and Program is on board to provide mentorship. This is a great opportunity for Latinas and Latinos who’ve invented innovative products to take a shot and self-create work. The winner will have their invention launched and sold on HSN.

#LatinaInvestors: Women, let alone Latinas, have to brave the room where money runs, a room mostly led by white men. To combat this, two Latina entrepreneurs united forces to help other women reach their entrepreneurial and economic potential through capital and resource investment. 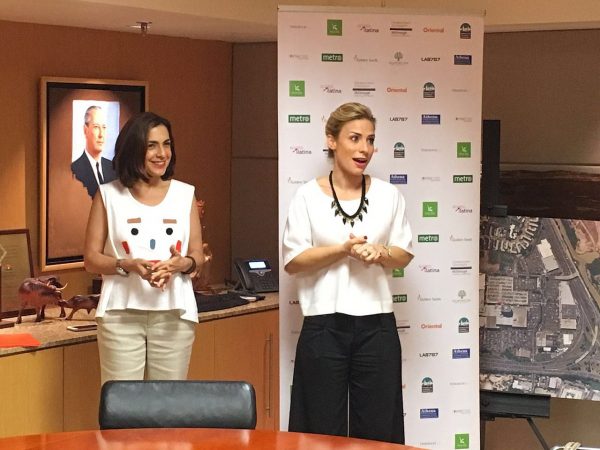 Marta Michelle Colón and Lucienne Gigante co-founded Access Latina, a non-profit that offers capital resources, introductions to networks and mentoring for Latina entrepreneurs. It connects advisors, sponsors and mentors who will work with Latinas on developing their business plan, growth strategy and investor pitches through an accelerator program with global leaders. This program opens the doors for Latina-owned enterprises to secure seed capital to realize their entrepreneurial dreams. Lucienne is also the co-founder of Animus, and has been responsible for the creation of multiple social corporate responsibility platforms. Marta Michelle is also the founder of Buena Gente, and has worked in the private sector, specializing on multi-sector program planning and development, leading multi-market change initiatives and identifying new business and investment opportunities. In short, these ladies are organizing a legion of Latina entrepreneurs.

There. Trump claims he can run the country because of his business acumen and experience. Well, maybe one of these Latina entrepreneurs changing the spectrum and filling the gender gap in business, should be running instead. Those are real #LatinaRebels.

Now we all need to commit and support Latina and Latino-owned businesses. This way we foster community financial wealth and become self-sustained.