I Don’t Want to Be ‘Woke’ Anymore 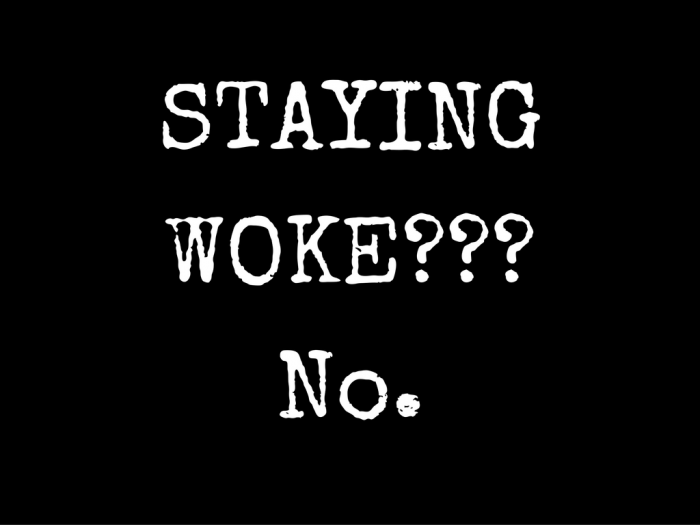 Growing up, my mother used to always tell me that I was too smart for my own good. The context of this would be in the mornings, when she would be cooking breakfast for the family, her and I would share our thoughts. Sometimes, I would be so excited about what I learned in school, I’d tell her everything. I would discuss with her all the latest theories on global poverty, economic development, prison abolition, state violence, the socialization of gender  and so forth. In these conversations, my mother would also chime in with her opinions and background knowledge. Adamantly, I’d tell her that she had it all backwards and that she needed to reevaluate how she thought about the world around her.

Even if it were true that she could be more holistic in her thinking, there always seemed something off. She often would tell me afterwards, “Pienso que la escuela te hizo más pendejo que más listo (School has made you more dumb than it did smarter).” Of course, I took offense to that. I was a concerned son. How was that my mother, someone whose identity consisted of multiple intersecting and interconnected marginalizations, did not care to learn about the effects of living in such a politically and economically violent society? It seemed like she just didn’t get it, and yet, I told her that I was going to continue speaking up for women like her and that I would make sure to remember her in my fight towards collective liberation.

And indefinitely and undoubtedly, that is the problem with “wokeness.”

Wokeness in itself implies an enlightenment, a journey, if you will, of a person unfolding the petals of oppression and blooming into a fully-fledged flower of knowledge. You are awakened to the systemic issues that have plagued your communities and global issues that are perpetuated underneath the same systems.

This, of course, sounds enticing and promising to the common person, because the processes of unlearning, learning and healing are crucial to a person becoming more conscious about the things they’ve been socially conditioned towards all their lives. The problem with wokeness is that the concept itself is grounded on a person’s ability to continually seek enlightenment for their own intellectual necessities and social egos. 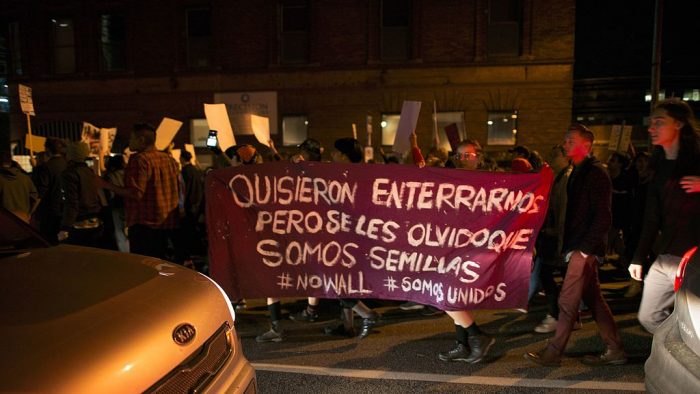 Wokeness is individualistic in its nature, and most often, is destructive in the processes of awareness that follows. What is often left out is that the same wokeness that we develop is the same mechanism that traps us in ideological abstractions that are only understood either within our own minds or those who we surround ourselves with. This type of mentality is what feeds many of the problems often found within justice advocacy networks.

Not too long ago, I attended a meeting with local Latinx community members, where we discussed the importance of resistance in a time where more undocumented immigrants were being deported than ever before. I have never attended any of the meetings before, but I decided to check it out to potentially network with local activists.

Before the meeting even started, I remember sitting down and overhearing a conversation being exchanged between two people. The conversation straddled along the topics of DACA, Dreamers and respectability politics. One person drew an argument that we needed to be more mobilized to reclaim U.S. land and adopt “illegal alien” as a definitive marker of resistance, not one of shame. The other drew a different argument saying that the suggestion was way too radical and we needed to work within our political dynamics to ensure things like DACA made it easier for undocumented folks to navigate the US and eventually become citizens.

The first guy just started jabbing at the second one, arguing that he has been brainwashed and is trying so hard to assimilate. While I’m not opposed to having those types of discussions with people about respectability and immigration, they got into arguments basically trying to “out-woke” each other. Eventually, the meeting started and it was drowned by that discussion; nothing was ever really discussed from the meeting, nor was anything accomplished. I left thinking, “Is this what woke spaces really are about?” Of course, I’ve attended other successful meetings, but this was a reoccurring theme that I noticed with these particular spaces.

These ideas of being never nuanced enough, never radical enough, never decolonized enough, never intersectional enough, and never woke enough permeates through the circles of advocates and community members. For clarification, there is nothing wrong with critiquing ideas and analyzing methods of organization. The problem is that many of us reading this have experienced this where people’s egos get in the way of collective work and nothing gets accomplished. 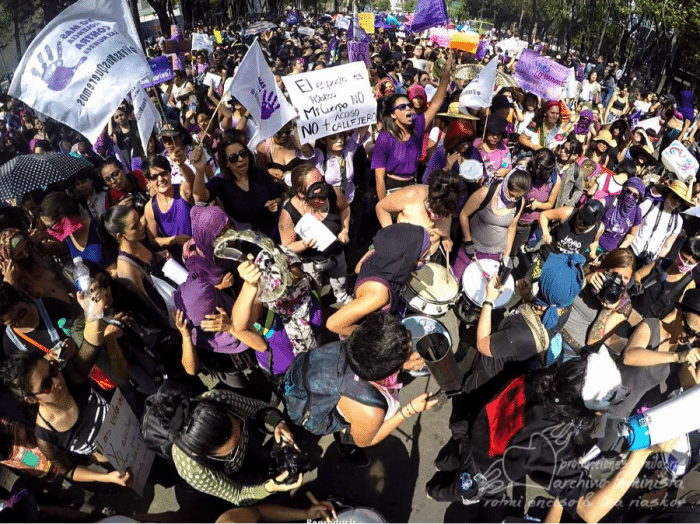 This renders us to think more profoundly about our own placement in society, because we have to understand that we all begin somewhere. No one is born “woke” nor is anyone exempted from being normalized into these systems. We’re all conditioned under the same pretenses and engage in these problematic systems every day. How do we know if everyone who is “non-woke” know about the movements we hold on their behalf or understand how they’re being affected in multitudinous ways? We don’t, but we assume that it is their responsibility to know because whether or not they’re affected by it, they should know better. This is where the individualism that wokeness invokes is most seen because we often forget that the people we are rooting for are the one’ that don’t know what is being fought for to begin with. We been woke for so long, we almost forget what it was like when we were “asleep” not by our own choices, but because at some point, we didn’t know what we know today.

There’s that saying that knowledge is power, and while to an extent that is true, what’s most powerful is what we do with that knowledge. Is it enough that we ourselves continue to learn and involve ourselves in activities that contribute to the resistance, alleviation and liberation for all of us?

You see, when I think of the day my mother told me that my knowledge made me more “dumb,” I realized how true that was. The academic rhetoric and activist jargon that circulates is so far removed from reality, that it is undeniably useless that we have been woke for so long only to not know anything at all. The realization I made was in understanding that by me viewing my mother as the means for my motivation to continue fighting for her, I am inherently viewing her as inferior, as someone who is incapable of her having her own thoughts and her own way of seeking liberation for herself.

A movement is truly powerful when we begin to see those we are fighting for as equal partners of a revolution. When we hold them as a means for motivation and inspiration, we fail to humanize their experiences and their bodies as valuable and central to the type of work we are involved in. In the process of this as well, we also fail to humanize ourselves, because the ideological components of wokeness denies us the ability to be human like the rest of the world.

We get tired, too. None of us are exempt from imperfectability and enculturation of the oppressive systems we soon learn to navigate. When we all become a part of the movement, beautiful things, transformative things can occur. This is why wokeness can no longer be a thing, because the preservation and accumulation of knowledge without a grounded touch of reality is counterproductive and destructive.

We can do better than just merely being woke.

What I want to be is empowered to use my knowledge and cultural capital to effectively communicate and work towards the visions of liberation for the communities I care about.

For 2017 and moving forward, I will no longer care about being woke if being woke means to only continue ensuring that my ego get inflated and having status among others who are woke. As mentioned before, wokeness is a journey, and one that is a process and evolving, but it can be just as equally destructive as it is enlightening. We need to ensure that all voices get a seat at the table and not make wokeness binary and exclusive.

Abby Steven Arellanes is a freelance writer, community organizer, and Ph.D. student at North Carolina State University. He is studying Sociology and his research interests centers around poverty, mobility and inequality. As a queer Latinx activist, his work is focused on highlighting the experiences of intersecting marginalized identities, providing an accessible and radical framework for justice, and reframing how community-based activism should be actualized. You can follow him on Instagram @abbystevenarellanes.