On a Golden Globes night when Viola Davis reminded us all as to why art must always give voice to the voiceless, Sofía Vergara hit a new low with her latest “joke.”

It truly was embarrassing and mediocre, and if we as a Latino community do not take a moment to recognize that we have to do so much better on a such global state, we will never progress and no one will ever take us seriously. But don’t just take our word for it, there are others who feel the same way:

@latinorebels @SofiaVergara she is a joke! Sofia needs to stop making fun of us! Many don’t speak English like that!

@latinorebels @SofiaVergara Yes! Mrs. Vergara was completely out of line and vulgar! It had to be a latina! Man! Que mal nos va!??

Sofia has got to 1) learn to say no and 2) start thinking about her second act. #GoldenGlobes https://t.co/6chA3vLEhS

As for Vergara? We guess her “people” don’t like it when we critique the same stereotype she’s been peddling for years. 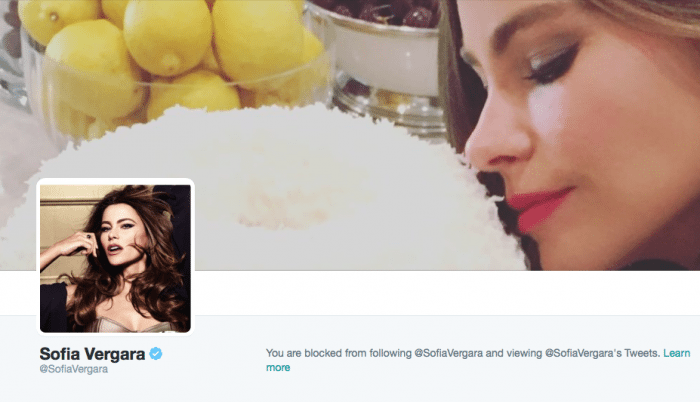 I look lonely back stage but I was just trying to come up with my an*s joke hahhahha!!!!#goldenglobes2017 #itsallaboutentertaining ✨✨✨??

Best Performance by an Actress in a Supporting Role in any Motion Picture goes to @violadavis! #GoldenGlobes pic.twitter.com/0ABKjB2d5m