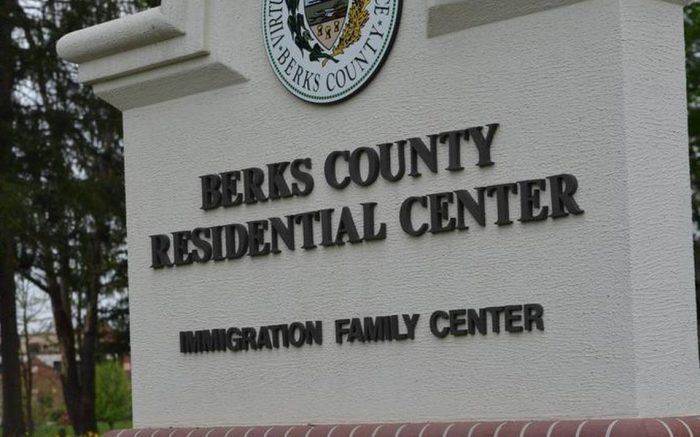 The following news was announced on April 19 by Amnesty International:

A judge today temporarily blocked the federal government from deporting four families who fled violence to seek asylum in the United States. The government was cleared to move forward with the deportations after the U.S. Supreme Court earlier this week refused to hear a case on the matter. With today’s order, the four children and their mothers will not be deported while they continue fighting to get asylum in the U.S.

While pressing the Department of Homeland Security to stop detaining families when they come to the U.S. seeking asylum, Amnesty International recently launched a campaign to release the four families, who have been held for more than 500 days at Berks County Residential Center in Pennsylvania.

“It’s immoral and unlawful to lock up mothers and their young children and then deport them without ever giving their asylum claims a full hearing, but that’s what the U.S. government is trying to do to these four families and countless others,” said Margaret Huang, executive director of Amnesty International USA. “These families have come to this country fleeing unimaginable violence, and under longstanding international agreements the U.S. has to respect their human rights while hearing their cases. This ruling is obviously a huge relief for these four families in the short term, but the Department of Homeland Security must immediately change its policies and stop detaining families seeking asylum.”

In defiance of common sense, clear Congressional intent, applicable case law, and even a mere scintilla of human decency, Defendants, without justification and or authorization, continue to illegally and indefinitely detain SIJ children up to and until the point at which Defendants can ship the kids back “home”-places Defendants previously determined would not be in the children’s best interest to be returned to.

The Berks case has been a story that I and Latino Rebels have been chronicling and following for close to two years now. Hats off to Bridget Cambria, Carol Anne Mauer Donohoe, Jackie Kline, and Michael Edelman, and everyone else that has tirelessly worked to fight for these mothers and children.

Matthew Kolken is an immigration lawyer and the managing partner of Kolken & Kolken, located in Buffalo, New York. His legal opinions and analysis are regularly solicited by various news sources, including MSNBC, CNN, Fox News, The Washington Post, Forbes Magazine, and The Los Angeles Times, among others. You can follow him @mkolken.