Two Years After It Had to Apologize for Insulting Puerto Ricans, Daily News Pulls Out of 2017 Parade 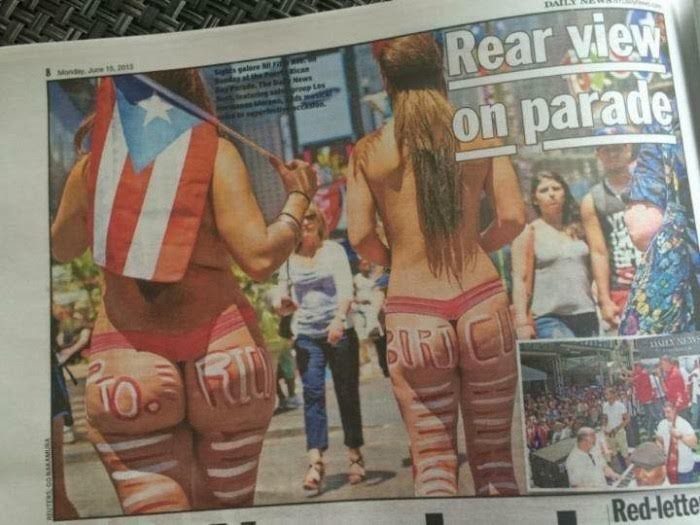 The twists and turns of the National Puerto Rican Day Parade continue to cause headaches to the parade’s board this year, with word that the Daily News announced on Wednesday night that it will not support the 2017 parade, because according to the News, “the organizers chose to give highest honors —the newly coined appellation of National Freedom Hero— to Oscar López Rivera, one-time leader of the Fuerzas Armadas de Liberación Nacional terror band, and to place him at the head of the procession up Fifth Ave.”

The Daily News joins groups such as Goya Foods, JetBlue, Coca-Cola, the New York Yankees, the Patrolmen’s Benevolent Association, the NYPD’s Hispanic Society, the Uniformed Firefighters Association, the FDNY Hispanic Society, as well as NYPD Commissioner James P. O’Neill, in pulling out of the parade. The parade’s board of directors have issued two statements about these decisions, and there is enough chatter out there to suggest that the latest 2017 controversy is just another sad chapter of Puerto Rico’s typical “poltiquería,” but it would be foolish to deny that the issue has gone beyond Puerto Rican politics at this stage.

Ironically, this is the same Daily News that just two years ago was slammed by countless Puerto Ricans for putting this photo on its front page during its coverage of the 2015 parade (the photo was not from the parade and the paper had to apologize):

So to summarize: two years ago, the Daily News had no problem mocking and insulting Puerto Ricans, but two years later, it’s suddenly a concerned champion of the Puerto Rican community?

By the way, we don’t recall the Daily News or any of the other sponsors listed above pulling out in outrage during the 2014 parade, when the parade honored López Rivera and his cause. Remember this from 2014?

In the spirit of its 2014 theme, “Un Pueblo, Muchas Voces”/”One People, Many Voices”, the National Puerto Rican Day Parade (NPRDP) has officially called for the release of long-time political prisoner, Oscar López Rivera. Arrested in 1981, López Rivera was convicted of seditious conspiracy related to his actions in the struggle for the independence of Puerto Rico. A long-time, vocal champion for Puerto Rican independence, López Rivera received a 70-year prison sentence, having spent more than 12 years in prisons that rank highest in punitive control, under torturous conditions of isolation and sensory deprivation. With this year’s celebration, the Parade honors López Rivera to recognize his unique voice and rally support from the Puerto Rican and Latino communities, as well as the nearly 2.5 million parade-goers that line the streets of New York City’s Fifth Avenue, to sign a petition for the release of López Rivera.

Puerto Ricans of all ideological and political backgrounds support the release of López Rivera since his sentence is widely viewed as not being commensurate with his actions. In fact, the 14 other compatriots that were imprisoned around the same time as López Rivera were released in 1999 when President Bill Clinton authorized their release, determining that their sentences were disproportionate with their actions.

“Oscar López Rivera was not convicted of a violent crime,” says Orlando Plaza, Board Member for the National Puerto Rican Day Parade. “He was incarcerated for his beliefs and affiliations, and it is time that his prison sentence of nearly 33 years comes to an end. For that reason, we honor him to generate awareness and mobilize our community in support of the ‘Free Oscar López’ movement.”

The National Puerto Rican Day Parade stands in solidarity with members of congress, the Commonwealth of Puerto Rican, Nobel Prize laureate Archbishop Desmond Tutu, a number of religious organizations, labor organizations, human rights groups, Hispanic civic and community groups, community activists and supporters of all political affiliations in Puerto Rico and across the Diaspora in calling for the immediate release of the 71-year-old political prisoner.

In October 2013, Puerto Rico Governor Alejandro García Padilla issued a statement, saying, “The release of the Puerto Rican Oscar López Rivera, after 32 years in prison, is an issue directly related to the basic principles of social justice, humanity and compassion. Because of this I have asked the President of the United States of America, honorable Barack Obama, to execute his constitutional power and grant a presidential pardon so he can be freed and reintegrated into our society. Justice demands his release.” A link to a video of García Padilla stating his support, and the support of the Puerto Rican people, can be found on the official website for the National Puerto Rican Day Parade…

As part of this year’s Parade, a contingent from Chicago, led by the brother of López Rivera, José López Rivera, and the NYC Coordinator To Free Oscar Lopez —which includes all the New York City groups engaged in the “Free Oscar López” movement— will march down New York City’s Fifth Avenue to represent him and deliver a rallying cry to generate community support for his release….