All photos by María Camila Montañez 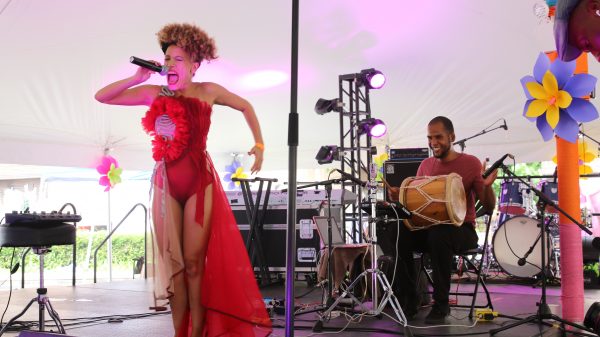 The fifth Afro-Latino NYC Festival this past weekend in Harlem and Brooklyn was the best one yet. This year, the festival was a tribute to the women of the diaspora. For two days, the event was full of different types of music, panels, films, food and local vendors to highlight Afro-Latinidad in the United States.

“As a Latina in general, we go to this journey of not knowing what our roots are or not wanting to know or having family telling you this is not who you are supposed to be,” Xiomara Henry, also known as DJ Bembona, told Latino Rebels when asked about the reason she decided to be part of the event. DJ Bembona is an Afro-Panamanian-Boricua Brooklynite. She was the official DJ of the festival and said “this [festival] has become a space to be myself.”

Day One: Reflecting on Afro-Latinidad

A rainy Friday did not stop people from gathering together on the festival’s first day.

At one of the most iconic public libraries at the heart of Harlem, The Schomburg Center for Research in Black Culture, the festival brought together community leaders, academics and artists who held a set of talks- The AfroLatinTalks Symposium- and films about Afro-descendant women, cultural heritage preservation, community economics, women entrepreneurship, climate change, activism and other issues that the Afro-Latino community in the U.S is bringing to light.

” Being able to open these spaces for young people to see themselves,” @ArianaCurtis413 #AfroLatinoFestNYC #AfroLatinTalks

NOW: Conversation about Black Lives Matter in Latin America. Let’s look at the movement outside the U.S #AfroLatinoFestNYC #AfroLatinotalks

The purpose of the panels was to give a space for people to talk about ways on how to represent Afro-Latinos and educate people about what it means to be Afro-Latino in 2017. 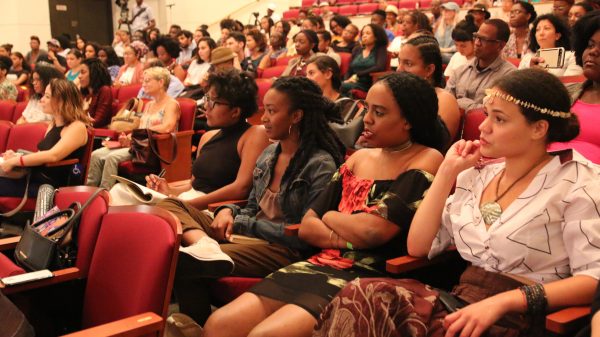 The audience at The Schomburg Center

“We are concerned not just about representation, but also how we name things,” explained Dr. Irma McClaurin, a festival panelist. Dr. McClaurin helped fund the AfroLatin@ project, an organization dedicated to “facilitate awareness about and promoting the digital curation of the Afrolatin@/Afro-descendant experience.” In 2003, the project held the first panel on African-American and Latino relationships.

The project helped organize this year’s AfrolatinTalks symposium at the festival.

As McClaurin told Latino Rebels, it is important “to disrupt the notion that when we say Latinos, the only vision or image that came to mind was someone who is light-skinned.” She also explained that “the diversity of Blackness is not just U.S.-centered, but that in fact, Africans were brought all across the Americas,” and said the festival has become a space for people to become aware of it.

People from other backgrounds also showed interest in the festival. Cheyenne Wyzzard-Jones is from Boston and her family is from Jamaica.

“It is important for me, specifically for non Afro-Latino people, to be in solidarity with this community and to show up. It might not necessarily reflect my own identity but I learn so much from being here,” Wyzzard-Jones said.

The first day closed with an awards session recognizing prominent women who represent the Afro-Latino community in the U.S and the rest of the world. Among them were two-time Latin Grammy winner and former Minister of Culture for the Republic of Peru Susana Baca, who identifies as Afro-Peruvian. 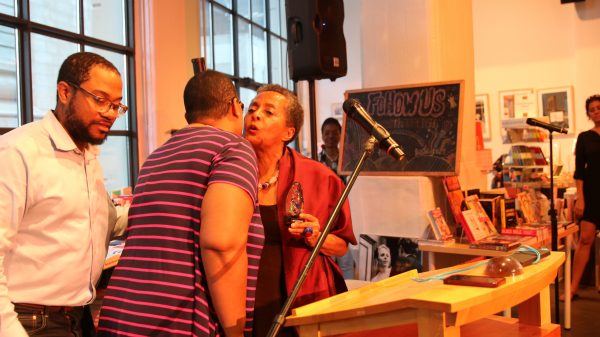 After the awards, poets and music filled the room. Composer and musician Zena Carlota played the kora, a 21-string bridge harp from the Western Africa. 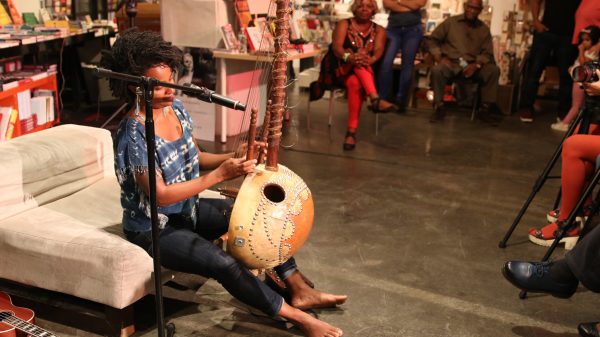 Day Two: All About the Music

The second and final day of the festival was all about the music. 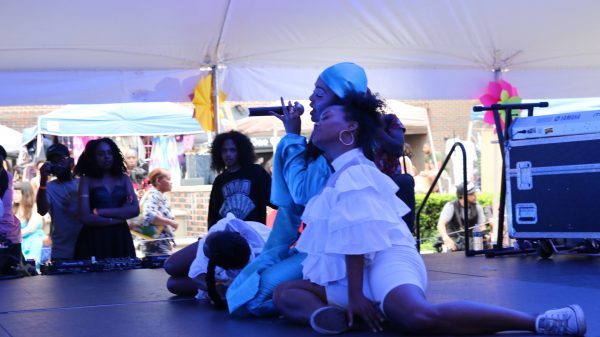 It was not a coincidence that the second day of the festival took place in Bed-Stuy, a place rich in African-American heritage and where the Latino population is increasing at a fast pace. 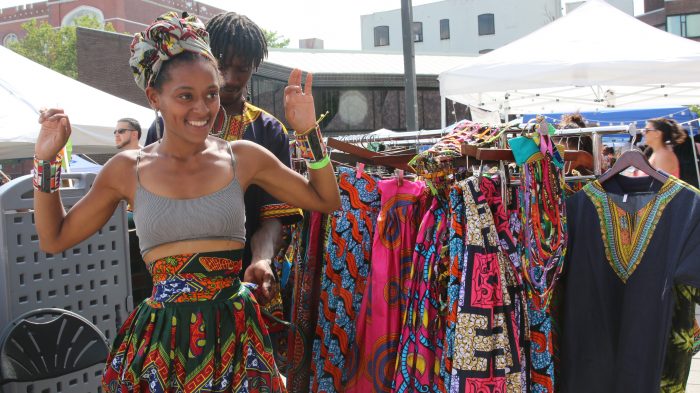 The main stage featured many artists who got to perform and showcase their Afro-Latino sounds: from salsa to favela funk, dancehall, reggaetón, dembow, merengue, reggae, soca and more. Among the artists were Carolina Camacho, who brought the sounds of Dominican pambiche; Zuzuka Poderosa with her funk carioca; and String N Skins with their fusion of Haitian and Colombian folkloric sound.

Iconic merengue artist Milly Quezada and her band also made it to the stage as the sun was setting. 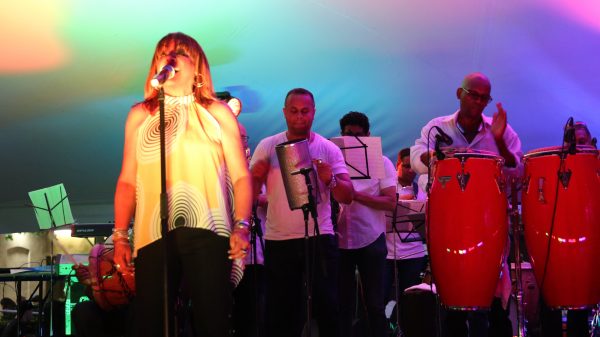 Calma Carmona, with her Latin reggae soul, made everyone’s jaws drop. It was insane. More Afro-Latino artists performed throughout the day until close to midnight. 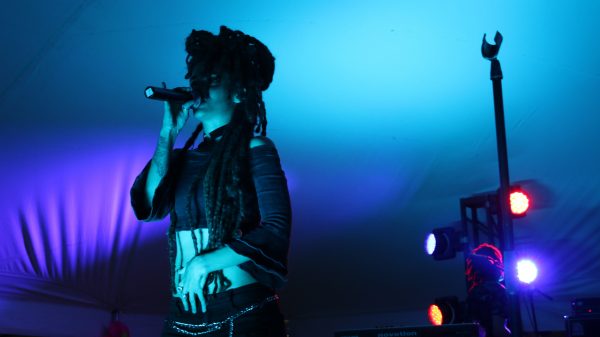 “Our music is all about bridging all of our cultures and what that does best is that drum. It connects us all, it speaks to us,” Okai, percussionist for Strings N Skins, told Latino Rebels as he was getting off the stage after performing. 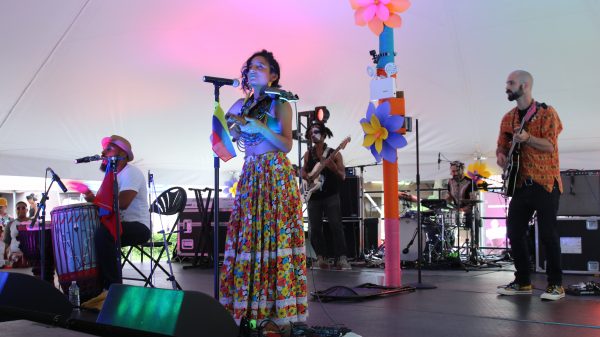 This grassroots event was a reminder of the importance about having events made “by us for us,” as Natalia Linares, a publicist for the festival explained. 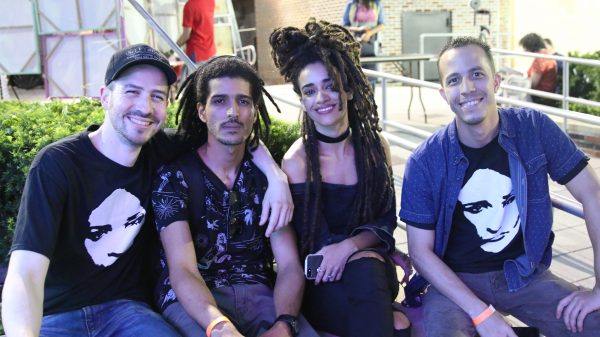 Calma Carmona before their performance at the festival.

The organizers of the festival hope to get more funds to make the 2018 celebration a three-day festival with more artists and more space.

Editor’s Note: Close to 1,500 people attended the festival and not just 800, as was mentioned in the video.