No, this is not an Onion headline. 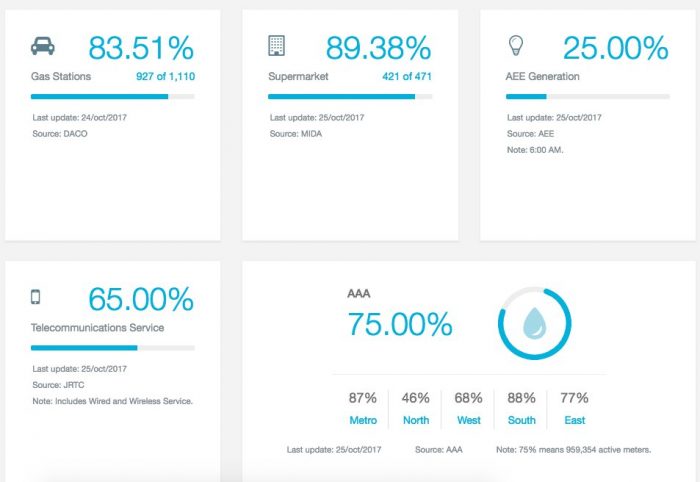 According to a Latino USA report from Julio Ricardo Varela (founder of this site), Puerto Rico’s Secretary of Public Affairs and Public Policy Ramón Rosario said that the government cannot determine how many people on the island have power, more than a month after Hurricane María. Rosario’s comments were in response to a question as to why status.pr is now listing its online real-time power states as power that is being “generated,” weeks after the government’s official online portal did not make this distinction. (Italics are our emphasis.)

“From the beginning, we have provided the number of consumption of generation,” Rosario told Latino USA. “The supply operation for PREPA has changed since the hurricane, using different feeders to reach critical customers such as hospitals and water pumping stations. In this sense, with the current PREPA measurement systems, it would be imprecise to provide a specific number of clients served, but we are working to be able to add that information once it is accurate. However, the number of consumption measures the percentage we are delivering to our customers compared to what was supplied before Hurricane Maria.”

That is coming from the government of Puerto Rico, not us.