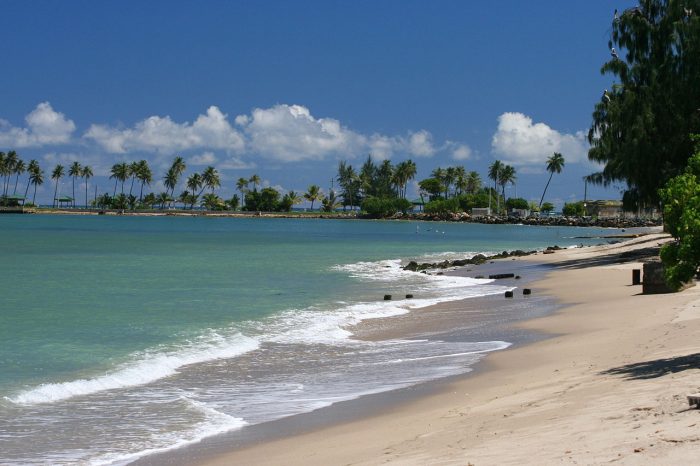 Act 22 in Puerto Rico is probably illegal. If you didn’t know, Act 22 is a law exempting new residents of the Island from capital gains taxes and other passive income.

Don’t get me wrong, I am not a fan of taxes, and I love to pay less of them. Any person who saves and has an interest in investing probably thinks the same. However, as applied, it appears to be illegal. Matter of fact, on its face it is still probably illegal.

Before we begin the legal explanation, consider the equitable position. In order to do this, you will have to put yourself in a similar situation. Let’s make an analogy. Consider a local or state tax, say property tax. For most U.S. citizens, property tax is a hefty bill—sometimes more than my annual rent. Let’s round it off at a hypothetical $3,000 average annually over a five-year period. Now, imagine if your state, Texas for example, passed a law than newcomers to Texas would not have to pay property tax. Include in the scenario that had you been a resident of Texas within the past six years, then you still would pay property taxes if you moved back. Which is almost to say, if you consider yourself “Texan.”

In this situation you would have one special group of people who save $3,000 annually not based on any merit other than being new. Therefore, the people who already live and work in Texas —those whose heart does not want to call any other place home— they get to pay for the school, fire safety, police protection, and local and state governance. While the newcomers, who only came because they were essentially bribed, enjoy the same benefits: the fruits of a tax regime that they decline to chip into.

You are very welcome.

Still not convinced this is so unfair? Well, imagine the inverse. Imagine that you move from New York to Texas. And, you pay a $3,000 property tax bill annually, while every “native” Texan does not, according to the law. Both scenarios are probably illegal for two reasons.

Firstly, the Privileges and Immunities Clause of Article 4 of the Constitution provides, “The Citizens of each State shall be entitled to all Privileges and Immunities of Citizens in the several States.” This means that fundamental rights between U.S. citizens must be the same regardless of where they travel within the U.S., and among the fundamental rights is the right to acquire and enjoy property (i.e., investments and their profits). Act 22 on its face discriminates between U.S. citizens. In the words of Justice Miller in the Slaughterhouse Cases, “[The Privileges and Immunities Clause’s] sole purpose was to declare to the several States, that whatever those rights, [. . .] neither more nor less, shall be the measure of the rights of citizens of other States within your jurisdiction.”

The second reason that Act 22 is probably illegal is that, as applied, it is essentially an ornate form of housing discrimination. According to its own language, Act 22 was designed to attract the immigration of high net-worth individuals. Therefore, the law is essentially encouraging the immigration of the wealthy thru special privileges—while denying the same to other enterprising people that tend to be classed as “middle” or “lower.”

Similarly, at no level could a property holder or association make a similar distinction. Your local HOA could not go to court to enforce a rule that necessitated a particular savings level before being able to use the pool or the basketball court; a restrictive covenant requiring that the home be sold to a person of certain net worth would not be legally enforceable. This is all speculative because no local government to my knowledge has explicitly limited benefits to those of a particular net worth. Even Puerto Rico to be fair, because there is no specific balance sheet requirement. Rather, the requirements as a whole effectively rule out the middle class. Just the same, the logic applies similarly for national heritage when considering the explicit requirement that one is not a Puerto Rico resident nor has been a Puerto Rican resident in the last six years.

Consider the landmark Supreme Court case dealing in housing discrimination, Shelley v. Kraemer, which ruled that local courts could not enforce restrictive covenants on real estate which were based on race. Race (color) is a suspect class, meaning that it is used often to discriminate against individuals, and courts will look at those cases of alleged discrimination with “strict scrutiny,” the most stringent judicial standard of review.

Another suspect class is “national origin.” Because Puerto Rico legally has both its own nationality and citizenship, Act 22 illegally discriminates within its very wording because the statute has the effect of excluding nearly 100% of Puerto Ricans due to the six-year prior residency exclusion. This effect is unexplainable by any other policy other than to exclude Puerto Ricans. After all, imagine that if a Puerto Rican leaves the country and makes wealth, and would be enticed to return upon grant of Act 22 benefits, what compelling government interest, what crucial policy is met by excluding that person based on prior nationality?

In the not-so-distant past in Europe, elite members of society presided over the residents of lands and had the power to tax these people. In post-industrial society, these feudal residents (serfs) were not longer tied to their land, but they were still subject to a multitude of taxes on issues beyond their income, such as cow slaughter, agricultural harvests, cloth manufacturer, etc. Though benefitting from the production and taxes of the serfs, the elites did not have to pay taxes on their productivity. The societies that abandoned this system first (in present-day Western Europe) all enjoy a higher standard of living than their neighbors to the east.

Similarly, taxing the productivity of the natives to support the lifestyle of the elites and maintain an old guard of power in Puerto Rico will only lead to backwardness. But think of the alternative—what if we placed an emphasis on encouraging good habits by making it easier to acquire them.

Start with Act 22. If Puerto Rico were to eliminate taxes on passive income for its own residents —all of them—  then perhaps that would encourage savings at a higher percentage of each household’s income for the purposes of investing. By encouraging the habit of investing among Puerto Ricans, a new source of capital for startups and other entrepreneurs would emerge. More importantly, the increased savings encouraged by extending Act 22 benefits to all Puerto Ricans could increase resilience by building up a fund that each individual could draw on in times of emergencies, depending less on externalities such as pensions, power, and other institutions whenever they fail.

There are other examples besides Act 22 of everyday living activities being taxed for Puerto Ricans, but not when exported. This is an extractive economic model based on anachronistic principles of mercantilism. We need to take off the cuffs. Gives every Boricua freedom and incentives to pursue wealth. Human beings follow the incentives: make it easy, and innovation and productivity will skyrocket. But, until that happens, maybe it’s better just to deal in cash.

Julio C. Colón is an attorney and lives in San Juan, Puerto Rico.