Why I Went to North Korea: Life in Donald Trump’s America

EDITOR’S NOTE: Originally published at the HuffPost blog. The author has given us permission to republish. 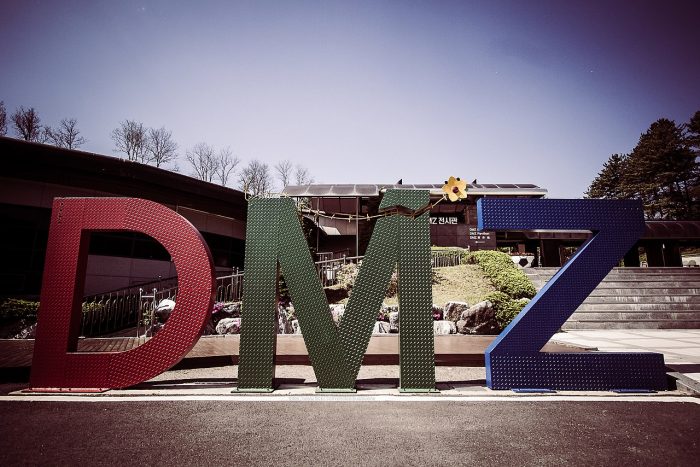 I doubt Game of Thrones intended its season finale to be a comment on Donald Trump’s pledge to build a wall at the southern border, but in the end, it seems relevant.

In this last episode of HBO’s fantasy series, the huge wall that has held back Wildings and White Walkers for eight millennia is finally breached, opening the way for an army of the undead to enter the Seven Kingdoms.

For Mr. Trump, who is reported to watch a lot of TV, the moral of Game of Thrones must be clear: “Winter is coming.”

Since the start of his administration, Mr. Trump has championed the principle that “a nation without borders is not a nation.”

He has ordered construction of a wall at the southern border, prioritized deportations and immigration restrictions, and intensified rhetoric against North Korea.

Much like the Night’s Watch in Game of Thrones, Mr. Trump has pledged to hold the wall at any cost.

For many, Mr. Trump’s pledge is part of his promise to “Make America Great Again.” Yet for others like myself, when he tweets “We will BUILD THE WALL,” I think of ordinary people on the other side.

Mexico was just ranked the second deadliest country in the world, after only Syria. Drug trade is largely the cause. We will BUILD THE WALL!

When he tweets “locked and loaded should North Korea act,” I am concerned for ordinary people sitting in the crosshairs.

Yes, a border can be a defensive barrier. And yes, borders may help a nation define itself.

But the fact is: borders are strange; borders separate people from people; the only difference between us and them is a fence post or an imaginary line that creates distance.

A World of Walls

The U.S.-Mexico divide and the DMZ, the border that splits the Korean peninsula in half, are not identical, but there are commonalities.

The southern border was created after the U.S.-Mexico War (1846-48), fulfilling the 19th century belief in Manifest Destiny, the doctrine that westward expansion was just and inevitable.

A century later, following the Korean War (1950-53), the DMZ was created as a buffer zone reminiscent of the Berlin Wall, dividing the two Koreas physically and ideologically.

Today, both are perilous, militarized boundaries, and both continue to shape the borders of U.S. national identity.

The first time I went to the DMZ, it reminded me of the US-Mexico divide. On a day trip from Seoul, I saw two border towns facing each other: “Freedom Village” on one side in South Korea, “Propaganda Village” on the other in North Korea. This good-evil binary was familiar.

I came of age politically during the presidency of Ronald Reagan. My strongest memories are of the Cold War and anti-immigrant sentiment. I recall Mr. Reagan calling out the Soviet leader in West Berlin: “Mr. Gorbachev, tear down this wall.” At the same time, I remember the countless hours my mother spent gathering my grandparents’ papers together to apply for “legalization” under Mr. Reagan’s Immigration Reform and Control Act.

The second time I went to the DMZ, I went to challenge this good-evil binary. I stood with North Koreans at Panmunjom’s Joint Security Area, looking back at South Korea. I traveled there as part of a group tour, the kind of trip that is now banned by the U.S. State Department.

To be clear: I am not a fan of North Korea’s regime. Dennis Rodman’s “basketball diplomacy” makes travel to North Korea seem like a joke. But, the recent death of a U.S. student shows it’s not.

I went to North Korea because I knew there were people on the other side of the DMZ. My grandfather used to go to Calexico to wave to his sister across the border in Mexicali. Today, the DMZ and U.S.-Mexico border still divide friends and families.

Some white nationalists romanticize North Korea as an anti-globalization, anti-diversity “island of freedom.” Mr. Trump too has pledged to restrict immigration, build a wall, and withdraw from international trade pacts. Globalization has created a world of walls.

For good reason, Al Gore likens the Trump Administration to Game of Thrones. Others are convinced Mr. Trump sees himself as a character in the show. If this is true, the President must be gearing up for battle. The undead have breached the wall. Winter is coming.

Joseph Morales specializes in critical race and ethnic studies. He earned a PhD from UC Berkeley, has held research and teaching positions at UC Irvine, and has published articles and opinion pieces in peer-reviewed journals, at The Huffington Post and Education Week.