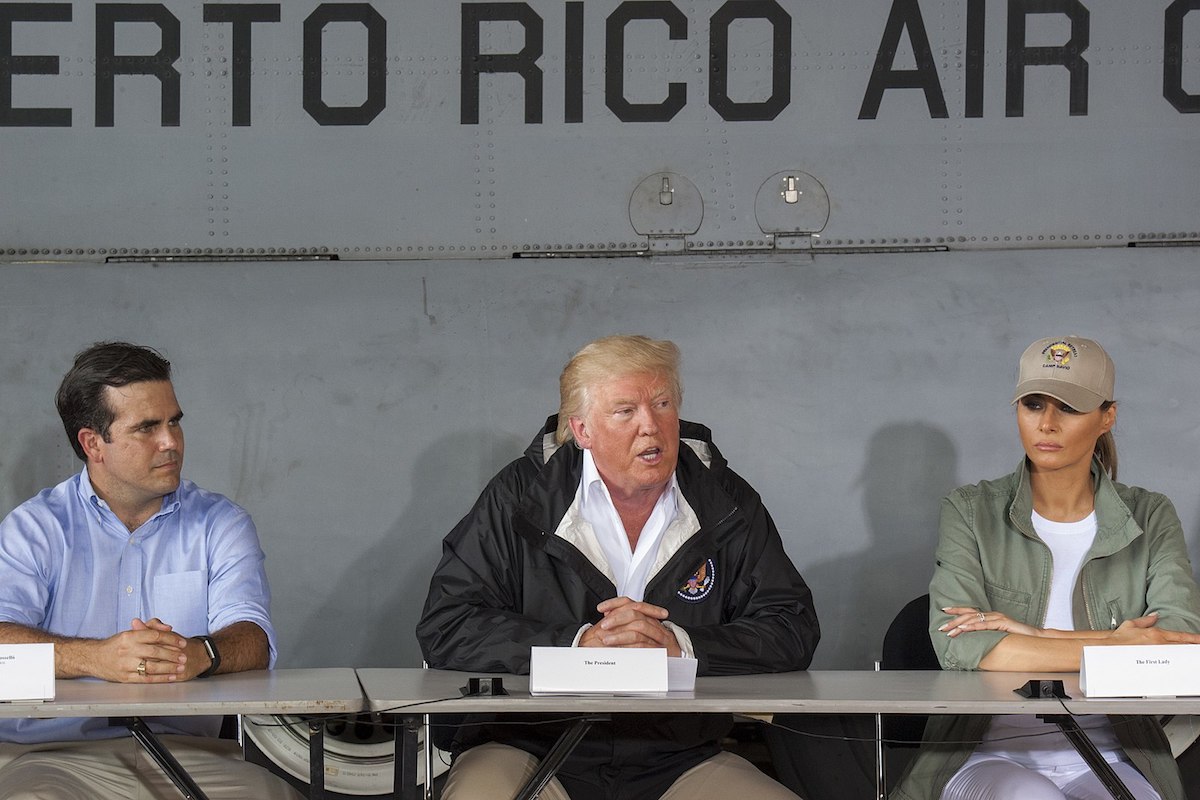 A private meeting at the White House between a Trump administration official and members of the government of Puerto Rico to discuss messaging for Hurricane María happened on Wednesday, a day before President Trump tweeted that the official hurricane death count of 2,975 lives was being inflated by Democrats to make him “look as bad as possible,” sources told Latino Rebels.

Under a meeting titled “Hurricane Response Messaging,” Carlos Mercader of the Puerto Rico Federal Affairs Administration (PRFAA) and Luis Burdiel of Puerto Rico’s Economic Development Bank were scheduled to appear at the White House with a high-ranking official about messaging and the Trump’s administration response.

PRFAA, the official Washington office for the governor of Puerto Rico, has declined to comment about whether or not the meeting took place. Requests for comment from the Ricardo Rosselló administration about the private White House meeting have yet to be returned.

The day after the meeting, Trump tweeted the following on Thursday morning:

3000 people did not die in the two hurricanes that hit Puerto Rico. When I left the Island, AFTER the storm had hit, they had anywhere from 6 to 18 deaths. As time went by it did not go up by much. Then, a long time later, they started to report really large numbers, like 3000…

…..This was done by the Democrats in order to make me look as bad as possible when I was successfully raising Billions of Dollars to help rebuild Puerto Rico. If a person died for any reason, like old age, just add them onto the list. Bad politics. I love Puerto Rico!

Many have already condemned Trump’s tweets, especially since the government’s official death toll spiked from 64 deaths to 2,975 deaths a few weeks ago. The current number is based on an estimate of excess deaths that was published by George Washington University in August. The study was commissioned by the government of Puerto Rico.

In addition, a new Washington Post/Kaiser Foundation poll said that 80% of Puerto Ricans felt that Trump did just a fair or poor job with his administration’s response to Hurricane María. 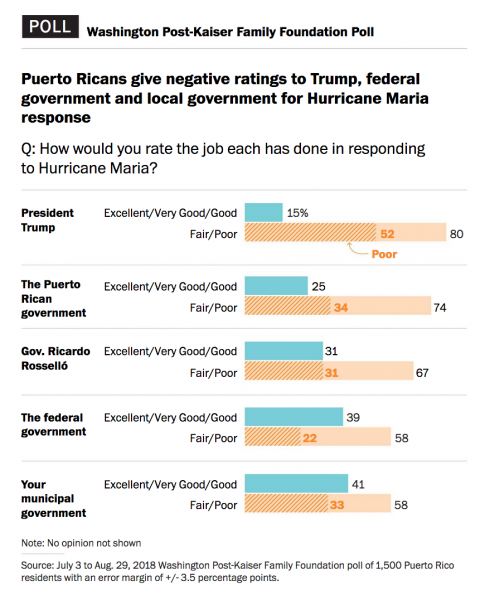 On Thursday afternoon, governor Ricardo Rosselló issued a statement about Trump’s tweets. It did not include news that a White House meeting took place on Wednesday. Part of the statement read as follows:

“Puerto Rico suffered a terrible tragedy at the hands of Hurricane Maria, and we strongly denounce anyone who would use this disaster or question our suffering for political purposes,” Rosselló said. “I ask the president to recognize the magnitude of Hurricane Maria and continue working with my government to ensure a full recovery of the American citizens of Puerto Rico. We cannot allow the devastation of our citizens to be questioned, and we cannot allow response efforts to be politicized.”