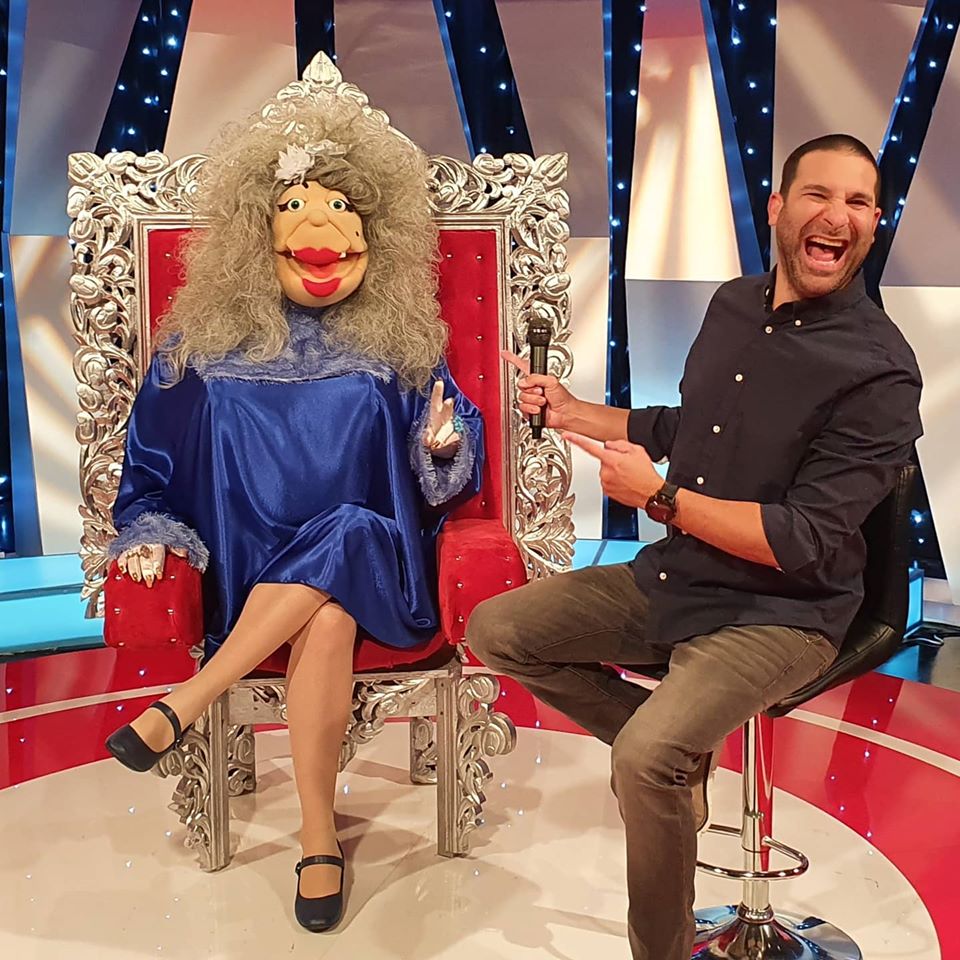 Seven years after Kobbo Santarrosa’s then top-rated “SuperXClusivo” show was canceled by Puerto Rico’s WAPA-TV due to a boycott caused by the show’s history of racist, homophobic and yellow journalism tactics, new calls to remove a revamped “La Comay” from Mega TV have returned after Santarrosa’s puppet character mocked a prominent Black Puerto Rican woman’s accent during a Friday broadcast of the show.

The latest controversy came after the Comay puppet ridiculed Ana Irma Rivera Lassén, a Black Puerto Rican woman who was the head of Puerto Rico’s Bar Association from 2012-2014. Rivera Lassén is openly lesbian and a 2020 senatorial candidate for the Movimiento Victoria Ciudadana (MVC) party and a party spokesperson.

The video in question has been shared by several social media profiles in Puerto Rico, including human rights activist Pedro Julio Serrano. The clip shows the Comay puppet mocking Rivera Lassén’s accent and for acting like a Black servant to her white MVC counterpart.

This is a rough translation of what La Comay character (voiced by Santarrosa) said while sidekick Rocky The Kid laughed, along with other laugh track clips:

La Comay (Santarrosa): Now attorney Ana Rivera Lassén will go to Alexandra Lúgaro and will say, [in a very pronounced Black servant accent that is a combination of gibberish and some slang] ‘My boss lady, boss lady, look. I, you are here, listen, my friend [laughter clips come in] but you know, my friend, my girl, my girl. Go to sleep, my little girl. Go to sleep.’ [As if Lúgaro were a little child and Rivera Lassén was the help].

In addition, the clip reveals a very typical tactic used by Santarrosa in how he frames what his puppet character says. By using the future tense, the puppet can get away with this being another form of “bochinche” (“gossip”) and “parody,” since Santarrosa can claim that such a conversation or behavior never existed because it never happened. It’s just yet another example of a character that has crossed the line so many times, especially when it comes to reporting fake stories and allegations.

In a press release shared on Sunday, Serrano issued a press statement calling for Mega TV to cancel the show.

“We already removed Kobbo from WAPA-TV in 2013. Now it’s time to remove him from Mega TV and from television forever,” Serrano said in Spanish. “Transphobia, racism, misogyny, xenophobia, homophobia and whatever of discrimination has no place in our society. That is why we are demanding that Mega TV remove Kobbo from television and cancel ‘La Comay’ for promoting hate.”

“This country will no longer tolerate one more form of abuse,” Serrano added. “That is why we will purse every opportunity to ensure that this individual does not continue trying to divide us with his agendas of hatred and exclusion. Let Kobbo know: we removed you once and we will remove you again, but this time it will be forever.”

The latest example comes in the middle of a global movement to dismantle anti-Blackness that arose from the killing of George Floyd at the hands of police, as well as the lives of countless Black lives. On June 1, Mega TV’s channel in Puerto Rico, owned by Miami-based network SBS, issued a statement about solidarity with the Black community.

Latino Rebels reached out twice to Mega TV on Sunday morning for comment about Santarrosa’s video. It has yet to receive a reply. In addition, as the clip went viral, La Comay’s Twitter profile posted a tweet on Sunday saying that people need to see the entire video in context since the puppet called Rivera Lassén a decent person and was only buckling to pressure from fellow MVC gubernatorial candidate Alexandra Lúgaro, a recent target of La Comay’s. Lúgaro was recently called out on allegations of discrimination against Dominicans, and the Friday clip showed La Comay acting as if Rivera Lassén was a Black servant acquiescing to Lúgaro. The full segment, released Sunday by La Comay, also said that Rivera Lassén was abandoning her Blackness because she has allowed for Lúgaro to be an MVC candidate. The Lúgaro controversy had started when she had made a statement after Floyd’s death where she admitted her career benefited from white privilege, sparking cries from people who don’t think there is racism in Puerto Rico.

Meanwhile, the Boicot a La Comay social media profiles have gone active since the Friday clip started making the rounds.

The Boicot group was credited for the 2013 cancellation of the show by WAPA. On Sunday, an account claiming to be La Comay’s Twitter profile also tweeted out a question, “You want to boycott us?” as what many are seeing as a direct jab at the Boicot group.

Earlier this month, a video clip showing La Comay comparing Black Puerto Ricans to a dead chimpanzee resurfaced. This was when “SuperXClusivo” was still on WAPA-TV and before Santarrosa’s show was canceled in 2013.

So all of you who think that @lacomayoficial is just "innocent" and "joking," this clip (from when the show was top rated and before WAPA cancelled it under pressure from a boycott)?shows Kobbo as La Comay comparing Black Puerto Ricans to a dead chimpanzee. Yes, this happened. https://t.co/f3H4huowAy

In 2019, a new La Comay show that was pretty similar to the canceled “SuperXClusivo” show launched on Mega TV.

Rivera Lessén’s official Facebook campaign page said on Saturday that she had heard about a video by La Comay that “insults her and uses racist images.”

“I appreciate the support and all the words of solidarity I have received. I plan to share my thoughts tomorrow [Sunday] at 7 p.m. on my official Facebook page,” Rivera Lassén’s page said.

An online petition to cancel the show that went live last week continues to gain thousands of signatures.

This is the video of Rivera Lassén’s remarks against La Comay and Santarrosa. In the video, Rivera Lassén said that she would not mention the name of the show or the host, because they would be given him a human voice. She insisted that this segment was an attack on all Black Puerto Ricans and that she doesn’t need a costume to hide behind. Rivera Lassén also talked about how shows like these do not take these issues seriously and are part of why deeper systemic problems like racism have never really been addressed.

“If you are served poison, you will spit out hate,” Rivera Lassén said at one point about how the culture of Puerto Rico has created a “cycle of hate” for generations.

UPDATE, June 16: According to boycott organizers, eight out 12 sponsors have stopped advertising on “La Comay.”