Speaker Pelosi Says Puerto Rico Must Determine Its Own Status 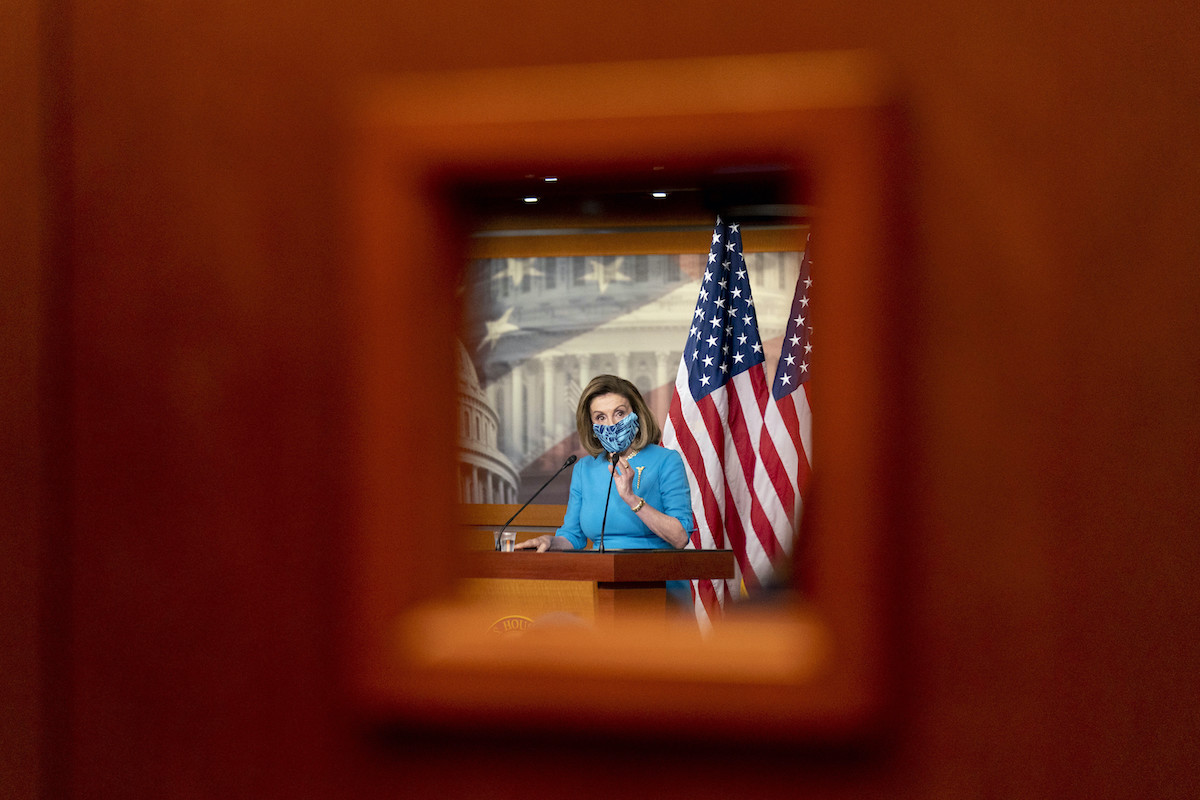 WASHINGTON, D.C. — House Speaker Nancy Pelosi was asked during her weekly Thursday press conference today on Capitol Hill whether she favored either the 2021 Puerto Rico Statehood Admission Act or the Puerto Rico Self-Determination Act of 2021 bills that were each formally submitted to Congress last month.

“On the statehood issue, that’s up to the people of Puerto Rico. It’s up to them to decide whether they want to be a state, and then we’ll see what happens after that,” Pelosi told Latino Rebels.

“I love Puerto Rico,” Pelosi continued. “I felt embarrassed by how President Trump withheld resources for them after natural disasters and all the rest.” On Thursday, the Washington Post reported that the Trump administration had “obstructed an investigation” about why Puerto Rico was not receiving critical federal relief aid after Hurricane Maria in 2017.

When asked whether she preferred one status bill over the other, Pelosi said that she does not.

“It’s up to the people of Puerto Rico to make a decision about their status,” she said.

Later on Thursday, Latino Rebels asked Senate Majority Leader Chuck Schumer (D-NY) —who has said in the past that he doesn’t support any statehood bill— about which bill he supports. He noted that there are two bills about Puerto Rico in Congress, adding that “there has to be fair process undergone to determine what the Puerto Rican people want. We need to follow their lead. We have a lot of divisions within the Puerto Rican community now as to what the future should be.”

The 2021 Puerto Rico Statehood Admission Act was formally introduced to the House by Rep. Darren Soto (D-FL). The overall goal of the act is to have Congress accept the results of a non-binding November 2020 plebiscite, which statehood won, 52%-48%. If passed, it would result in a ratification vote by the people of Puerto Rico to accept admission into the Union. The bill, which also has a Senate version, currently has 60 House co-sponsors, including Resident Commissioner Jenniffer González-Colón (R-PR) and 13 other Republicans. The Senate version has four sponsors, all Democrats.

On March 2, pro-statehood supporter González told Latino Rebels that she did not expect any of Congress’ top leaders —including Schumer, Pelosi and Senate Minority Leader Mitch McConnell— to support any statehood efforts.

Sponsored by Rep. Nydia Velázquez (D-NY), the 2021 version of the Self-Determination Act (a previous act was submitted in 2020) calls for “legislation that would empower Puerto Ricans with an inclusive and democratic process to determine their own political future and relationship with the United States,” a March release about the act said.

“Under this proposed legislation, a status convention would be created and delegates would be elected to discuss options with federal officials, and therefore create an official, legitimate and comprehensive bilateral conversation on status,” the release added.

Co-sponsors of this act are currently at 76 House Democrats, including Rep. Alexandria Ocasio-Cortez D-NY) and nine other House committee chairs. The Senate version has 8 sponsors, 7 of which are Democrats and one who is Republican.

Last week, the Committee on Natural Resources Office of Insular Affairs held a hearing about the two bills. There is no concrete indication that either of the bills will move out of committee at this time.