OPINION: Can We Do Just a Little Bit More to Celebrate Hispanic Heritage? 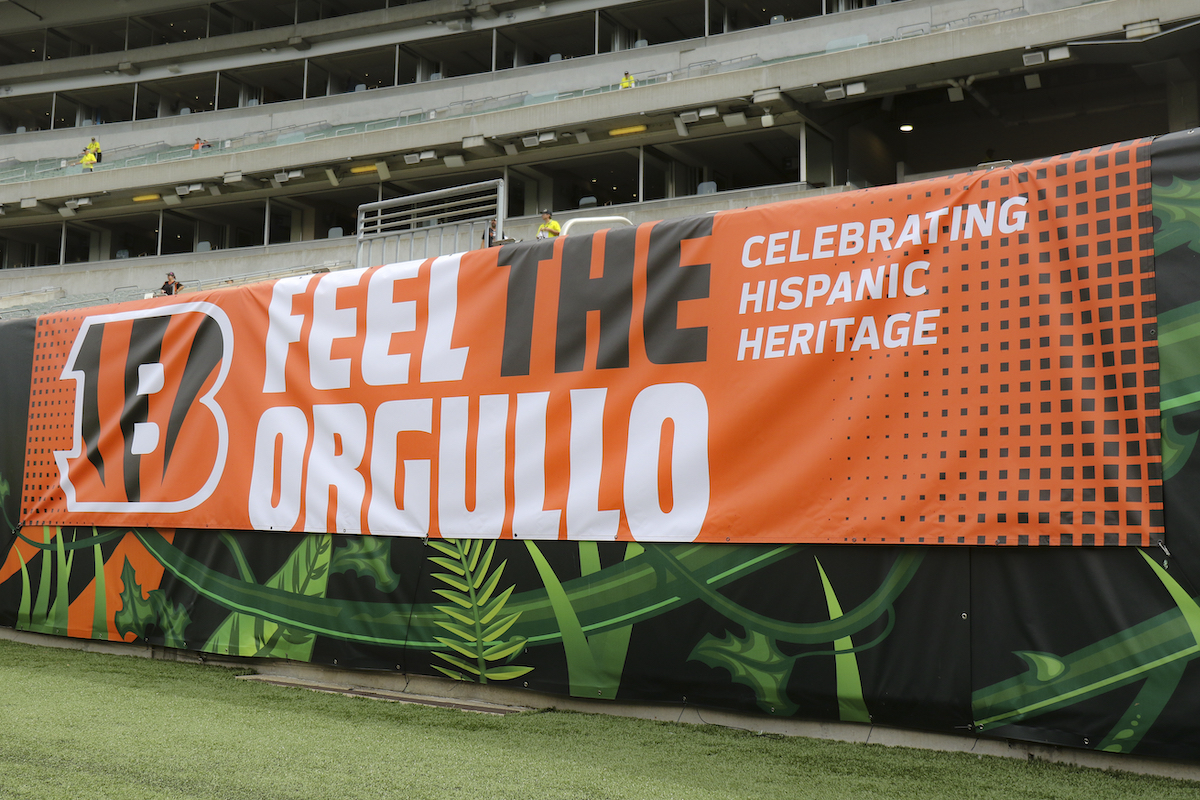 The rinse and repeat cycle of every September 15 begins as follows: Company X, sometimes well-intentioned, announces a month-long celebration of Hispanic Heritage Month. Throughout the month, they’ll highlight the Hispanic employees they have in their workplace, perhaps even go as far as to profile each of them and their backgrounds. Chances are, they won’t have too many to choose from, which we’ll get to later. And then, once October 16 comes, they’ve crushed their quotas, their advertisers are appeased, and they’re on to listing the Halloween costumes.

For example, from September 15 through October 15, ESPN is saluting Latinos (and ultimately themselves) with special programming. On-air is anything from “Mexican Style” mixed martial arts to sit-down conversations featuring world champions to features on journeys and even sneakers. The faces of said programming range from International Boxing Hall of Famer Érik Morales to UFC Flyweight Champion Brandon Moreno to four-time All-Star shortstop Francisco Lindor and yes, even J Bavin (who’s been having some problems recently).

Away from sports, the Oprah Daily site wrote about “12 Hispanic Heritage Month Activities to Try This Year” back in June. The list includes things like eating our food, taking a dance class, playing dominoes or lotería, binging Spanish-language TV and podcasts, and even making paletas.

The Boys and Girls’ Club of America list also included cooking Latin American food, watching a movie (like Coco), and playing lotería. Yahoo, Forbes, and plenty of other sites have replicated related “How To” items.

Sources tell @ESPN that MLB has expanded the list of who can wear No. 21 to honor Roberto Clemente on Sept. 15 – which will now be known as Roberto Clemente Day in perpetuity. https://t.co/ma6Ba3QCqf

Last year, MLB allowed Puerto Rican players to wear Clemente’s No. 21 in honor of the day. This was expanded to all uniformed personnel of Puerto Rican descent this year, as well as all 2021 Roberto Clemente Award nominees and recipients, according to ESPN’s Marly Rivera. Additionally, any player could’ve requested to wear the number regardless of their background if the club was given proper notice.

How many players, especially ones who aren’t from descendants of Puerto Rico, have any knowledge about Clemente beyond his playing career and the still sobering fact that his life ended on New Year’s Eve of 1972, nearly 50 years from now?

The league still hasn’t retired No. 21 next to Jackie Robinson’s No. 42, but compelling cases have been made. The reason transcends him being one of the greatest players to ever step-in a major league batter’s box.

In a whitewashed America, they won’t tell you that Clemente endured racism from some baseball writers during the 1950s, 60s, and 70s in a still segregated America. That he was mocked and referred to as “Bob” or “Bobby,” even on many baseball cards. Clemente wasn’t just a Puerto Rican; he was a Black man who fought against racial injustice over 50 years ago, but they’d rather tell you the story on the back of the baseball card. Counting home runs is more comforting than coming to terms with the never-ending nuances, apparently.

It’s a microcosm of how many Americans whitewash history how they see fit, which is what Texas and Florida are currently aspiring to. The recounting of our history is often incomplete and simplistic, thus making the standard modern-day celebration half-assed. (Probably quarter-assed if we’re being honest.)

Fiestas are fantastic, we obviously love them, but History Months shouldn’t stop at celebrations. This isn’t all about dancing and paletas and Bad Bunny and J Balvin playlists, but rather earnestly embracing people beyond annual shoutouts. Highlighting that 31 of MLB’s top 100 players coming into 2021 were Latino is meaningful, but so is recognizing that those players, even today, aren’t entirely accepted by American baseball culture.

To think that it’s actually improved over decades, but like our institutional American constructs, it’s taking too damn long for things to get better.

Ian Kinsler’s reaction to the joyous Puerto Rican and Dominican National Teams at the 2017 World Baseball Classic wasn’t and isn’t an outlier. Tony LaRussa’s handling of Yermín Mercedes months ago wasn’t an isolated incident either. And Mets pitcher Marcus Stroman (who is Black and Puerto Rican) wearing a du-rag on the mound shouldn’t lead to racist commentary from an announcer, who was allowed a voluntary leave of absence and “sensitivity training” instead of legitimate discipline. But hey, instead of eliminating many of baseball’s unwritten rules, here’s a song and an under-60 second reel to celebrate!

It’s cool, but it’s limited. Companies will use this time to fulfill content quotas based around our people. Or, if you’re that one Latino in the room, you’re ordered to be the one having to come up with daily Hispanic Heritage Month content on behalf of your (likely) white-owned institution. It’s all for management to look good because if they cared about your people, you wouldn’t be the only one from your culture in said room.

And we recently recounted the essential issue. As a Government Accountability Office (GAO) study indicated, and it was noted, Latinos are embarrassingly underrepresented, especially in management positions. The representation is what really matters and what we should draw true awareness and action to, not just eating arroz con pollo for dinner.

So if you really want to celebrate Hispanic Heritage, hire and empower more of us, for starters, and don’t be scared when we want to extend a rope for our talented, persistent, and hard-working friends to climb.

Bryan Fonseca is an award-winning content creator and sports journalist. He is also the author of Hidalgo Heights, and the founder, host and executive producer of the Ain’t Hard To Tell Podcast and Side Hustle. Twitter: @BryanFonsecaNY.

2 responses to “OPINION: Can We Do Just a Little Bit More to Celebrate Hispanic Heritage?”