Residente Brings Reggaetón Back to Its Roots (OPINION) 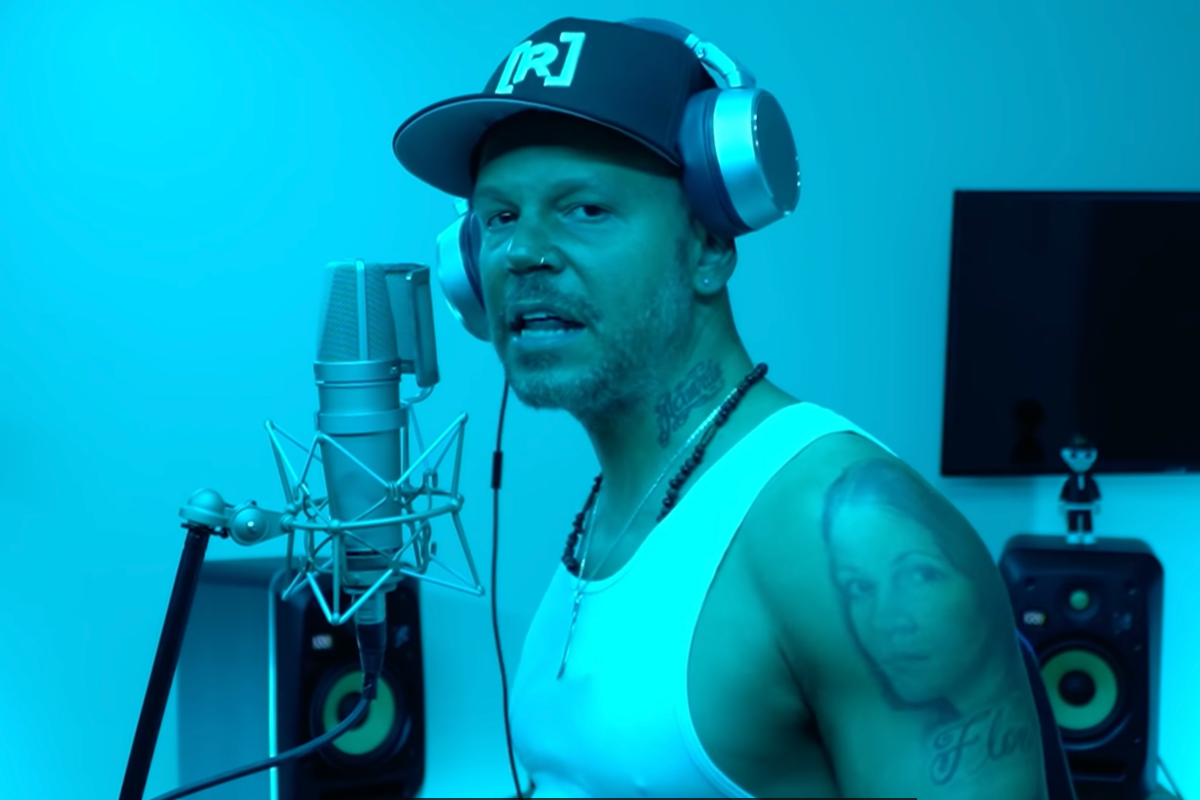 Over the weekend, the Latino internet exploded with memes about Calle 13 frontman Residente and Colombian reggaetonero J Balvin, after Residente released a tiradera dissing Balvin.

In a three-part eight-minute and 39-second freestyle collaboration with Argentine DJ Bzrp, René “Residente” Pérez Joglar touches on a variety of themes from nostalgia for the old days of reggaetón to protests in Puerto Rico to the French Revolution. He covers all the bases. But what has ignited social media is what Pérez had to say about his fellow musician, “the boy from Medellín,” J Balvin.

The title of each of the three parts references Spanish novelist Miguel de Cervantes Saavedra’s 16th-century novel Don Quijote de la mancha. Residente decides to take down Balvin in the final part, El caballero de los espejos (The Gentleman of the Mirrors), a reference to Sansón Carrasco, an adversary that thinks he has defeated Don Quijote only to find himself humiliated by Don Quijote in a final battle.

Like Cervantes’ protagonist, Residente humiliates his adversary with lines like “Voy a rebajarme con un bobolón/ que le canta a SpongeBob y a Pokémon/ la copia de un clone/ el Logan Paul del reggaetón“—criticizing Balvin’s corporate turn with the songs he made for Sponge Bob and Pokémon, and comparing him to Logan Paul, the blond yanqui YouTuber who moved to Puerto Rico and has become the embodiment of its gentrification.

Yet the harshest criticism of Balvin comes when Perez calls him out for the racist and misogynistic music video “Perra,” where J Balvin can be seen walking Black women on leashes as if they were dogs. The song was so controversial that it even received condemnation from Colombia’s right-wing vice president, Marta Lucía Ramírez.

Residente uses the verse to remind us that after the controversy surrounding the video, Balvin accepted an African Entertainment Award for “Afro-Latino Artist of the Year,” even though he’s white and there are many Black reggaetoneros who could have received the award instead.

The Latino music community reacted to the song in a variety of ways.

Given the history between Residente and Balvin, it was no surprise that Residente released his tiradera.

According to an interview in Rolling Stone En Español, Pérez said that the beef between the two started when they first met and J Balvin made fun of Pérez because he didn’t have “hits on Spotify.” Residente, who has 31 Grammys, didn’t find the comment funny but chose to stay silent at the time.

Last October, however, when Balvin announced that he was boycotting the 2021 Latin Grammys because he wasn’t nominated, Residente decided to speak out publicly against Balvin.

In a now-deleted video posted on Instagram, Pérez criticized Balvin’s selfishness, stating that he was invisibilizing the other urban music artists like Karol G, Rauw Alejandro, Bad Bunny, and Myke Towers who were nominated.

Pérez’s then took his criticism to another level, blasting the quality of Balvin’s work.

“It’s as if a hot dog cart got mad because they didn’t get a Michelin star,” he said. “Don’t get me wrong, everyone likes hot dogs. Your music is like a hot dog cart—a lot of people can like it, but when people want to eat well, they go to a restaurant.”

In response, Balvin posted a picture of himself at a hot dog cart on Instagram and released a collection of hot dog-themed merchandise, leading Residente to post another video criticizing Balvin’s focus on money and consumerism.

In the video, Residente also promised not to release a tiradera.

But when Residente did release his tiradera last week, he first released a video detailing how Balvin allegedly threatened the producer, DJ Bzrp, and called everyone he could to stop the song from coming out—even labeling Balvin “a slave of the industry” in the video.

Now that the song’s been released, Residente has continued supporting his criticism in interviews and even trying to pull another Boricua reggaetonero, Bad Bunny, into the fight by claiming that Balvin secretly envies his success.

Regardless of where this feud goes next, Residente’s track will go down in the history of reggaetón as a demarcation line between the two faces of the genre: the corporate and its original, working-class one.

By embarking on his quixotic crusade against the corporate turn of the genre, Residente reconnects listeners with the insurgent roots of reggaetón and reminds us that the genre can be a vehicle for social change—not just for profit.

Cruz Bonlarron Martínez is a Diasporican writer and researcher. He is currently conducting a Fulbright Research Fellowship on the peace process in Colombia. He writes on politics, human rights, and culture in Latin America and the Latin American diaspora. Twitter: @cruzbonmar

2 responses to “Residente Brings Reggaetón Back to Its Roots (OPINION)”