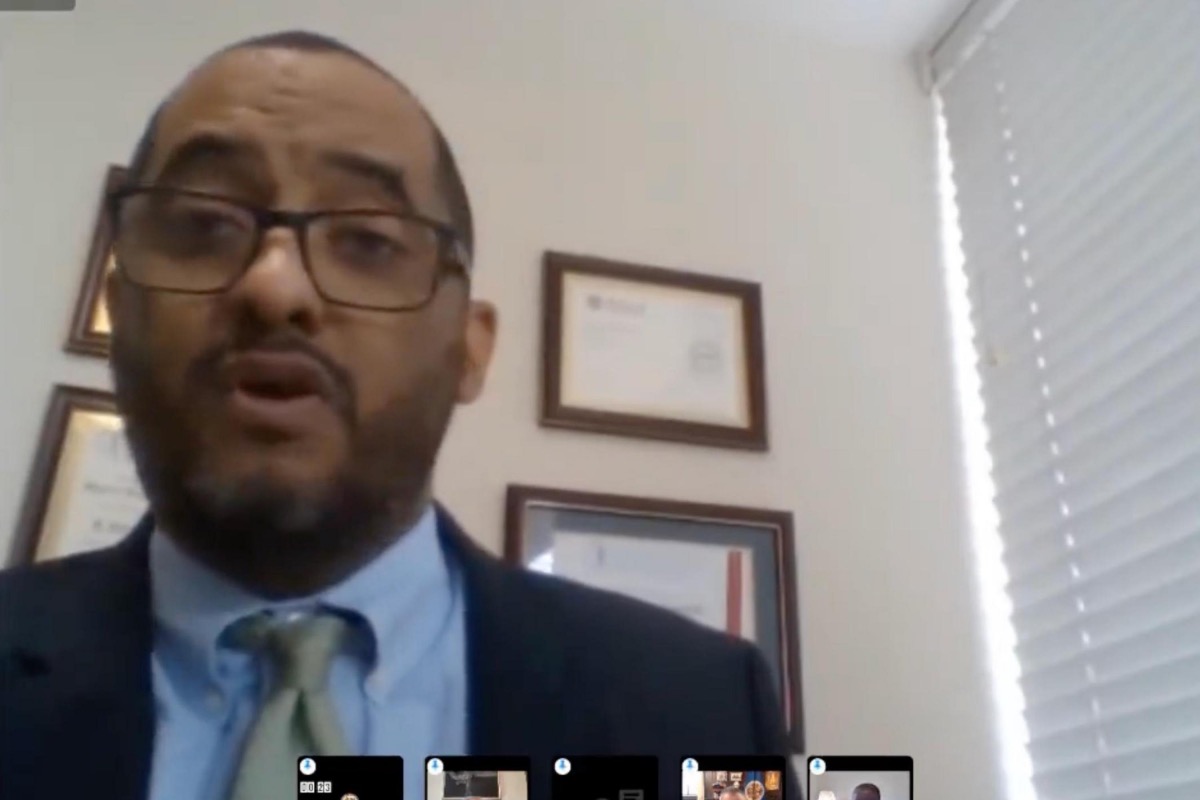 Nicaraguan Ambassador to the OAS Arturo McFields denounced the Ortega-Murillo government as a “dictatorship” and announced his resignation in a Permanent Council meeting on March 23, 2022. The former ambassador’s family has maintained a close relationship to the presidential duo since the 1980s. (El Faro English)

Nicaragua, in Brief: Nicaraguan Ambassador Arturo McFields denounced the Ortega-Murillo government as a “dictatorship” in an unexpected statement to the Organization of American States (OAS) on Wednesday, announcing his departure from the administration. McFields urged other public servants to overcome their fear and do the same. The opposition hopes his public resignation will cause a ripple effect.

An explosive dissenting voice denouncing the Ortega-Murillo dictatorship from within emerged Wednesday as Nicaragua’s ambassador to the OAS shocked the organization’s Permanent Council meeting with a read statement: “Denouncing the dictatorship of my country isn’t easy, but continuing to remain silent and defend the indefensible is impossible,” he said.

In his speech, McFields said that he recently advocated for the release of elderly political prisoners in a private meeting with his superiors because it would be “humanitarian” and “politically intelligent.” But they disregarded his recommendation, he said, and told him they would forget that he ever said it.

“When more is given, more is wanted,” they told him, explaining the Ortega’s regime inflexibility.

In an interview afterwards with exiled Nicaraguan journalist Carlos Fernando Chamorro, McFields explained that, in October 2021, he specifically recommended the release of political prisoner and former Daniel Ortega comrade Hugo Torres. Torres died at age 73 on February 12. Víctor Tinoco, a 69-year-old former Ortega ally, is now in grave health condition that includes facial paralysis, according to a March 21 statement by families of political prisoners.

McFields said that he tried to speak up multiple times, but that no one within the government was willing to listen. In an interview with Nicaraguan media outlet Divergentes, McFields said that Nicaraguan diplomacy is being carried out “without soul or brain” under direct orders of Vice President Rosario Murillo, Ortega’s wife.

Last month, McFields defended the Nicaraguan government after the OAS issued a statement calling for freedom for political prisoners after the death of Torres.

“Our sovereignty and validation doesn’t come from this dying and disgraceful organization, but rather from Nicaraguan popular will,” McFields said.

On Wednesday, he denounced the lack of press freedom, the closure of human rights organizations, and illegitimate elections in Nicaragua.

“People within the government and outside it are tired, tired of the dictatorship and its actions. Increasingly, there will be more people who say enough,” he said.

In the interview with Chamorro last night, McFields sent a message to other government officials who disagree with the actions of the Ortega-Murillo regime: “Don’t lose hope. Lose your fear.”

The Uruguayan ambassador to the OAS, who spoke in the session of the Permanent Council right after McFields, applauded the Nicaraguan official’s courage and emphasized the “risks, dangers, and stalking that this brings him from this very moment.”

OAS General Secretary Luis Almagro offered McFields protection afterwards and said that McFields “has taken the ethically correct position that responds to the principles and values of this organization.”

A State Department official told El Faro English last night that it did not have information about whether McFields had requested any type of protection in the U.S. after being stripped of his diplomatic status by Nicaragua, but the source stated that McFields “fulfills all the requirements to receive refuge or asylum” and that “surely he will have different options” to be in a safe country.

“For any government that knows what is happening in Nicaragua, it will be difficult to deny him protection after today,” the source said.

The Ortega-Murillo government issued a statement through the foreign ministry, breaking ties with McFields. “Mr. Arturo McFields does not represent us, and so no statement of his is valid.”

McFields’ speech brought renewed hope to the opposition, which has been battered by the imprisonment and exile of key figures. Just two days before, a Nicaraguan judge sentenced political prisoner and leader in last year’s presidential race, Cristiana Chamorro, to eight years in prison for money laundering in a trial tainted by irregularities. Her trial followed the convictions of dozens of other political prisoners that began on February 1.

“[It is] admirable Arturo McFields denouncing the dictatorship of Nicaragua in the OAS,” tweeted Bishop Silvio José Baez. “History will remember your gesture and the people of Nicaragua thank you for it. We hope that many others follow your example.”

In other cases, the Nicaraguan government has prevented members of the government or their family members from traveling outside of the country under an order that “no one with official information leaves.”

“The resignation of McFields confirms the discontent in the internal circles of the dictatorship,” tweeted Enrique Sáenz, former congressman for the Sandinista Renovation Party. “We democratic opposition members should encourage a discourse of open arms, even though some won’t understand this. It will be easier to take down the dictatorship if the circle of power fractures.”

McFields’ family has a long history with the Sandinista party and the first couple. His father, David McFields, is a renowned poet and close friend of Murillo since the 1980s, who also served as a diplomat in countries including Jamaica. McFields previously worked as a journalist and is most widely known for gaining exclusive access to Ortega and Murillo’s home for a 2006 interview as Ortega approached his return to the presidency. McFields worked as a press attaché at the Nicaraguan embassy in the U.S. before joining Nicaragua’s OAS mission in 2019.