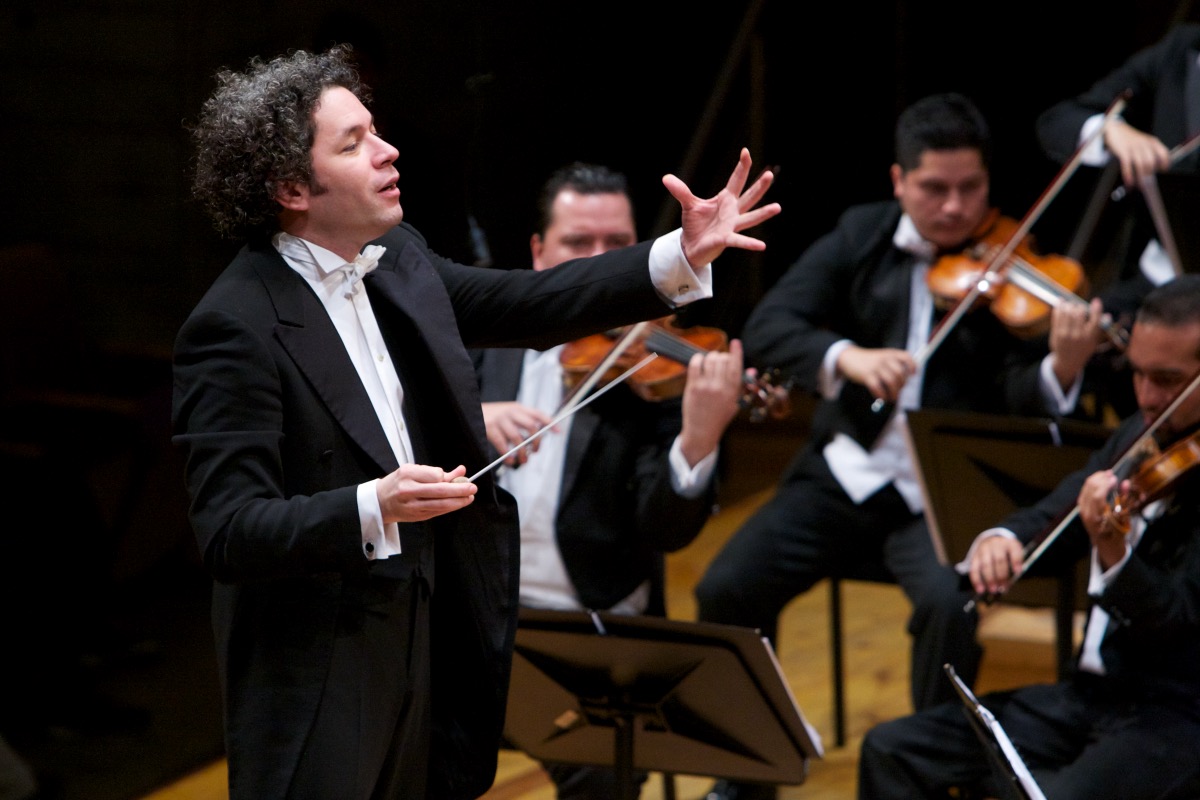 Is classical music a colonizing force? That’s not the question at the center of ¡Viva Maestro!, a new documentary on famed Venezuelan conductor Gustavo Dudamel, but it is the one that kept rattling around my head as I watched.

The film starts with Dudamel leading Venezuelan orchestras and taking them on tour abroad to play classical music’s greatest hits. Think Beethoven’s Fifth, which Dudamel describes as having the four most famous notes in all of music (dun, dun, dun, DUUUUUUN). ¡Viva Maestro! goes on to chronicle the conductor’s relationship with “La Sistema,” shorthand for the country’s famed musical education program which Dudamel rose up through and heads as the film starts. Over the course of the film, however, he’s effectively ousted after speaking out against Venezuelan president and dictator Nicolás Maduro.

Watching the film hop between youth orchestras of various ages, their professional counterparts in the Simón Bolívar Symphony Orchestra, and Dudamel himself, I kept seeing the colonial hierarchy in force. The youngest groups were equally divided across genders and were comprised mostly of dark-skinned folks. As the groups get more elite, they get much lighter and more male. At the pinnacle is Dudamel, an unbelievable talent, a genius at his craft, but also a white guy who has benefited from “La Sistema” in more ways than the film is willing to explore.

The filmmakers do show him feeling reluctant and then compelled to engage with his home country’s political problems. As ¡Viva Maestro! tells it, Dudamel stayed out of politics as long as he could because he didn’t see it as his place. But when a student of “La Sistema” was murdered in the streets for protesting, he had to do something. So he issues a statement, which is picked up by the New York Times, decrying the situation and calling for change. His is a position of immense privilege but one that Dudamel clearly tries to use for good.

And he does face painful consequences. His tours get canceled. He cannot return to his home country. He misses the death and memorial services for his mentor, José Antonio Abreu. He reckons with the role of music in times of trouble, arguing that programs like “La Sistema” give dignity, beauty, and purpose to their participants. He does not grapple with the lasting effects of colonialism in his country or whether arts programs like his provide cover for Maduro’s deadly tactics.

The film does make motions at classical music’s anti-colonial possibilities. The only living composer we see Dudamel conduct is the Mexican Arturo Márquez. Later the two men partner on a youth program, convening young musicians in Mexico for a showcase performance. And while almost all the voices on the program are male, we do hear one woman speak. Nathaly Al Gindi has fled Venezuela and is getting her master’s in Berlin. A talented bassist, she’s proud to know Dudamel and be part of “La Sistema,” but devastated that she cannot return home and use her talents there.

So perhaps this high-brow art form is more relevant to today’s world than originally appears. As a former band kid —and one who conducted!— I particularly connected with the practice scenes. They felt familiar and powerful, a reminder of how I became the person I am today. There are a million sports movies —they’re a genre of their own— but plenty of kids learn teamwork, leadership, and perseverance through the arts. That tale is just told much less.

¡Viva Maestro! adds nicely to the conversation around arts, responsibility, and Venezuela. If you’re unfamiliar with the situation there, I suggest you start with HBO’s A La Calle. But if you know a bit about Maduro’s regime and you’re a music lover, ¡Viva Maestro! is worth a watch, as it reveals the way art can transform, its limitations, and its power.

Classical music may not seem like the most obvious tool for understanding our world today. But clearly, it is for many people, including Gustavo Dudamel and the children crying for his autograph. ¡Viva Maestro! makes the case that they are worth understanding and fighting for, and that to do so is one way to build a more beautiful, more just world.