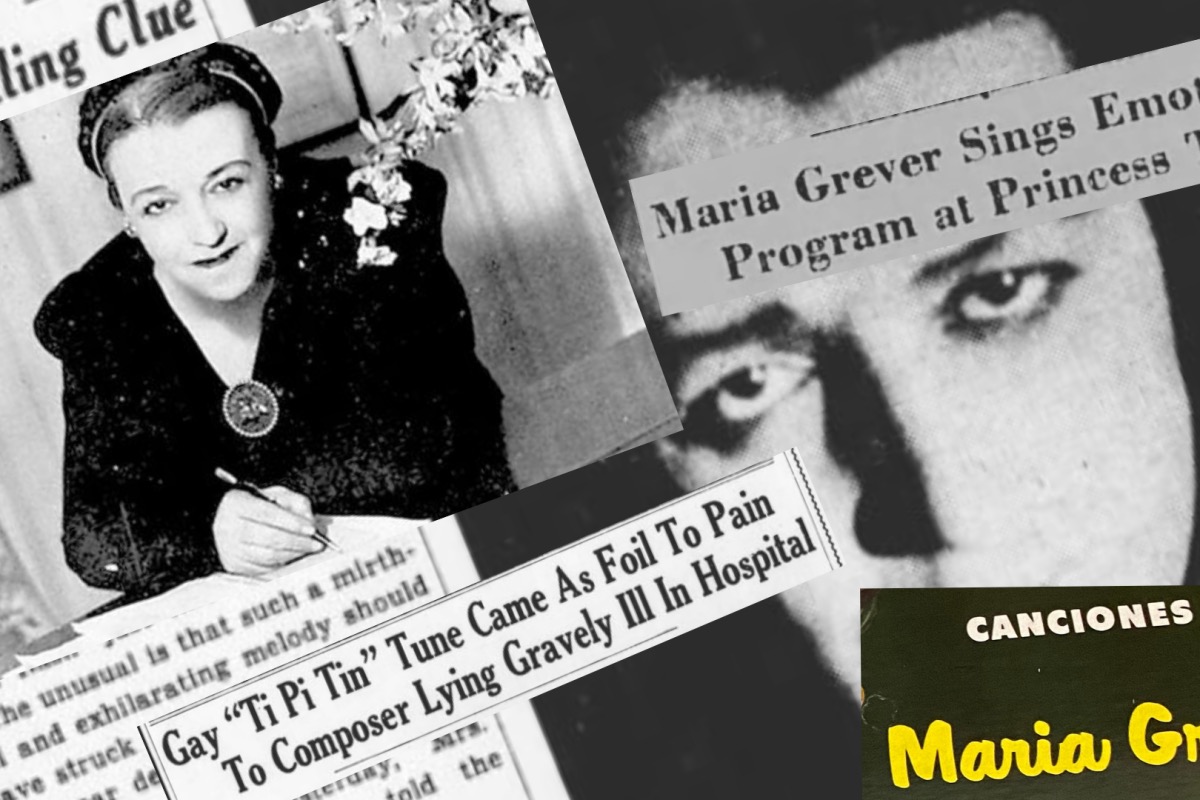 Two years ago, right at the start of the pandemic, I randomly came across a Mexican composer named Maria Grever. My two-year-old son was FaceTiming with my mom. She was singing a lullaby to him. The melody sounded familiar to me but I don’t remember ever singing it. My son has a crazy ability to retain melodies and lyrics.

I had to dig around the internet for the lyrics so I could sing along with him. I eventually found them. The song: “Te Quiero Dijiste” a.k.a. “Muñequita Linda,” music and lyrics by Maria Grever.

I remember being excited it was a woman, but “Grever” didn’t automatically say Latina to me. When I realized she was Mexican, I became obsessed. I’m also Latina, and before becoming a producer, I was a recording engineer working in a heavily male-dominated industry. And so here I was, listening to another Latina.

I later found out she lived with her two children in New York City in the early 20th century. I kept wondering why I had never seen or heard of Maria Grever, especially since she also wrote one of my favorite songs. “What A Difference A Day Made.”

Originally, my Maria Grever pitch was greenlit in 2020. But I was working part-time and then I got pregnant, all amidst producing LOUD: The History of Reggaeton, a Futuro Studios production. Needless to say, time got away from me. I wanted to publish the story for Women’s History Month, but it didn’t happen. So I began to put ideas together for 2022. I decided to pursue something bigger. 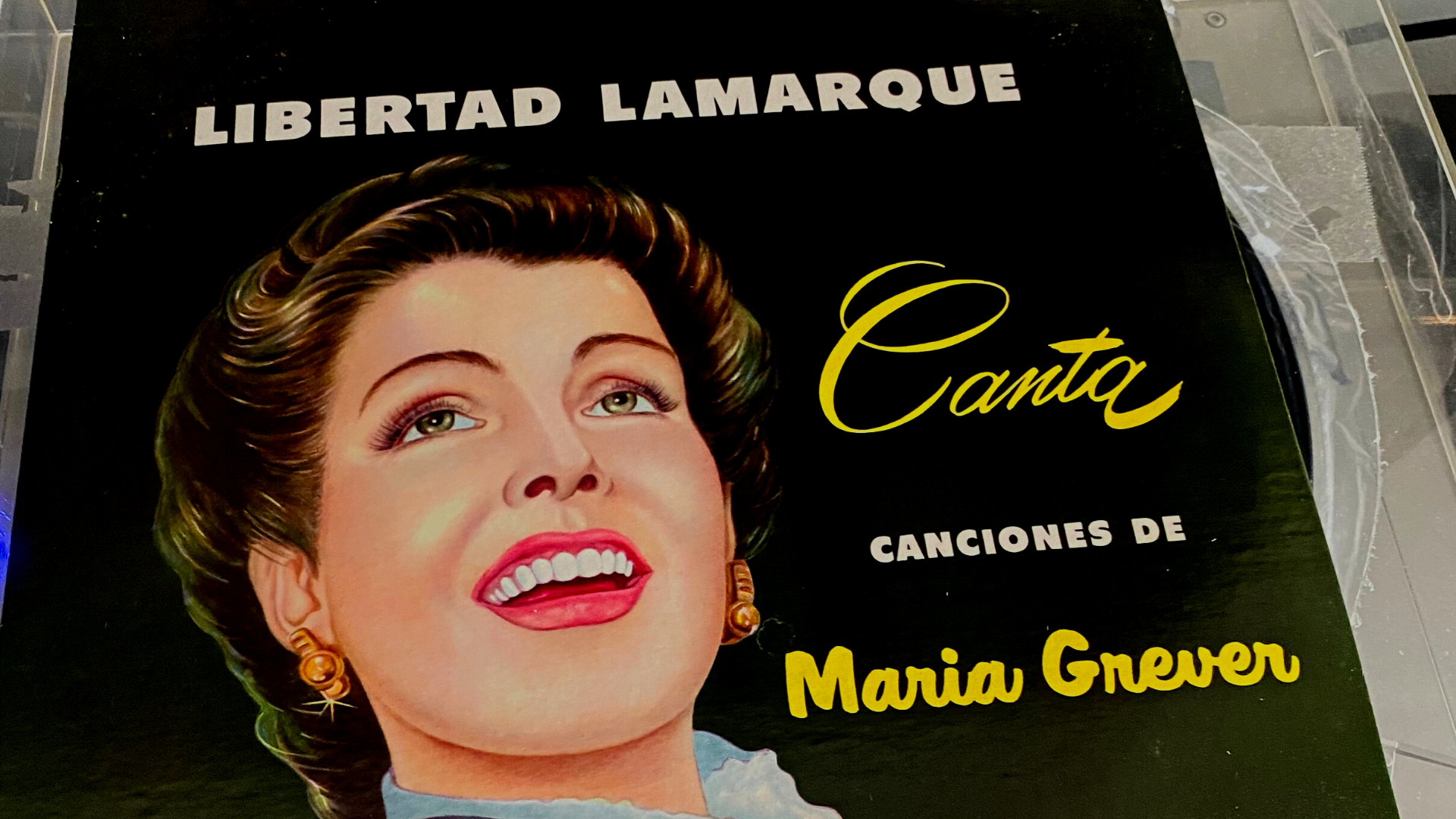 According to the Women’s Audio Mission, women behind the scenes make up five percent of the workforce in the music industry. So I said: “Why stop with Maria Grever? Why don’t we put a series together of women pioneers and drop these podcasts together to make a bigger impact?” Because as it’s often said, “If you can see it, you can be it.” I wanted everyone to see the women who have changed the game in the music industry, and in some cases, give them their due.

I sent a few emails with my pitch, a list of women I wanted to cover, and got to work on what is now the “Genias in Music” series. We assembled a team of producers and Latino USA fellows, deciding to drop one podcast a month. Maria Grever would kick us off during Women’s History Month in 2022.

A big factor in why it had taken me so long to work on this story was a complete lack of information about her. If you do a Google search for “Maria Grever,” everyone has the same paragraph printed over and over again. Part of my big question was why she seemed so forgotten when so many male composers, who were her contemporaries, are remembered in big ways—think George Gershwin or Irving Berlin. So without access to more details and people to speak to, this became a huge challenge. My quest for information became part of the story.

I started with a book by Maria Luisa Rodriguez Lee titled María Grever: Poeta y Compositora. Rodriguez Lee interviewed Maria Grever’s son and had access to all kinds of family archives. This was another mystery for me: where did all of this go? I could not locate the author after searching for months, so I gave up on that.

I turned to Ancestry.com and attempted to find a living relative. I spent days scouring the internet, trying to find a name that was part of her lineage. She had two children: Charles Grever and Carmen Livingston. 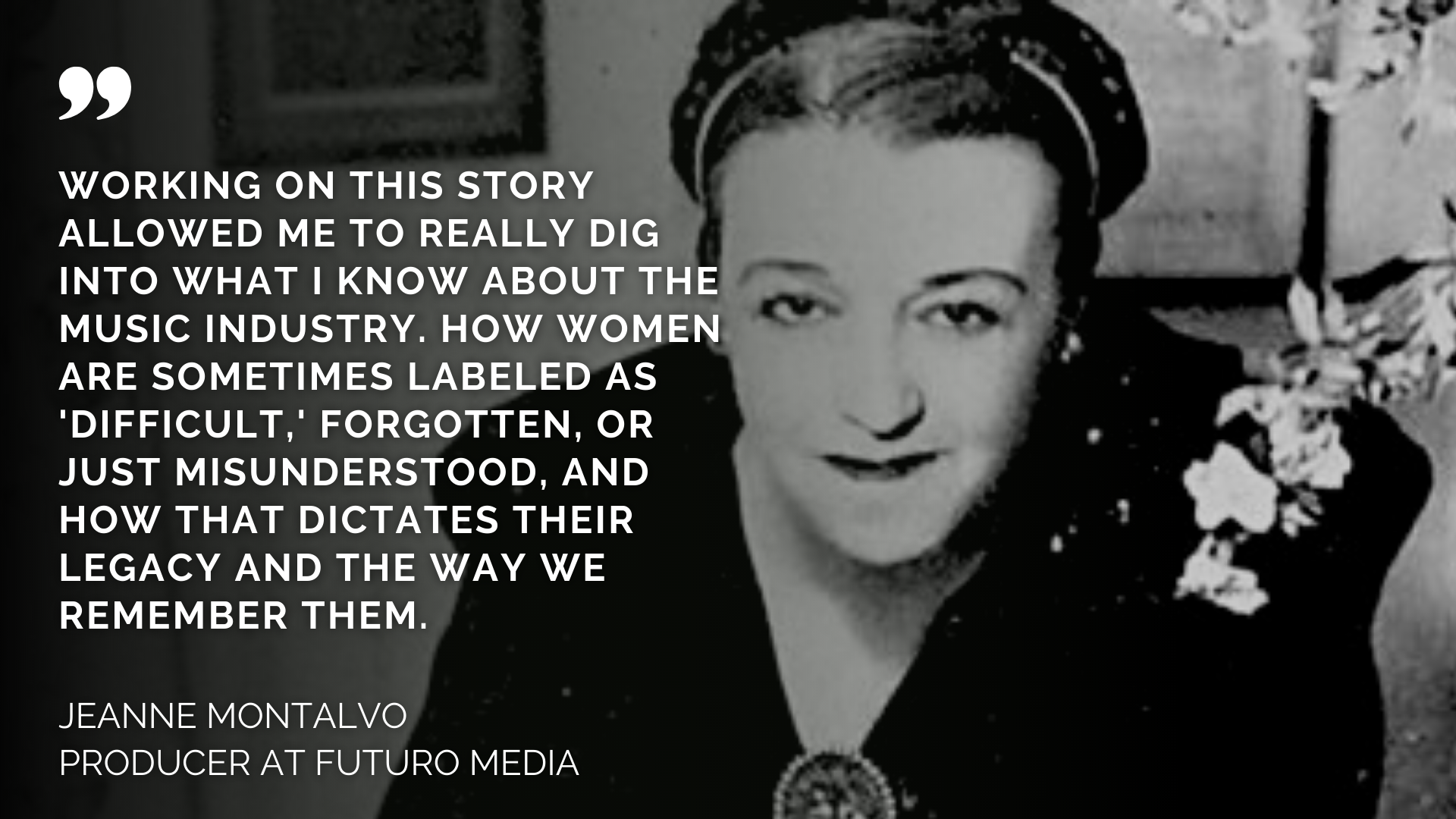 I reached out to my contacts who were familiar with the recording industry at that time to try to understand how the sheet music publishing industry worked. I was within weeks of my first deadlines, bouncing from calls with the New York Public Library to the Library of Congress, when I finally found a confirmed great-grandson. I sent an email and left a voicemail.

A few weeks later, he called me back. I remember feeling chills, like Maria Grever herself had picked up the phone and called me. He put me in touch with Stuart Livingston, Carmen’s grandson who you hear in the podcast and manages her music. Things finally started to fall into place.

Working on this story has connected a lot of the dots for me. It allowed me to really dig into what I know about the music industry—how women are sometimes labeled as “difficult,” forgotten, or just misunderstood, and how that dictates their legacy and the way we remember them.

This series really allowed us to set the record straight. The women themselves have also taught me a lot about myself. In Maria Grever’s case, I too am a mom in New York City, who often feels overwhelmed in this industry. It made me feel super proud to see another Latina who may have walked the same streets I have. I saw her running around to sell her sheet music, trying to get published, trying to have someone hear her out.

The “Genias in Music” series reminds us that women are capable of anything, and has personally filled me with immense gratitude for all of the genias who came before us.

Listen to the “Genias in Music” series here or wherever you get your podcasts!

Jeanne Montalvo is a Grammy-nominated audio engineer and radio producer. She spent almost a decade working in music recording before breaking into radio after receiving her Masters in Music Technology from New York University. She has worked as an audio engineer and producer for NPR, Bloomberg Radio, the “Duolingo” podcast, and projects for the New York Times and Sony. As a radio producer, she focuses on music and culture stories, as well as telling the stories of music icons past and present. Twitter: @JMOsound

One response to “Spotlighting Latina ‘Genias in Music’ History: A Reporter’s Notebook”