US Border Patrol Sending Migrants to Offices With No Notice 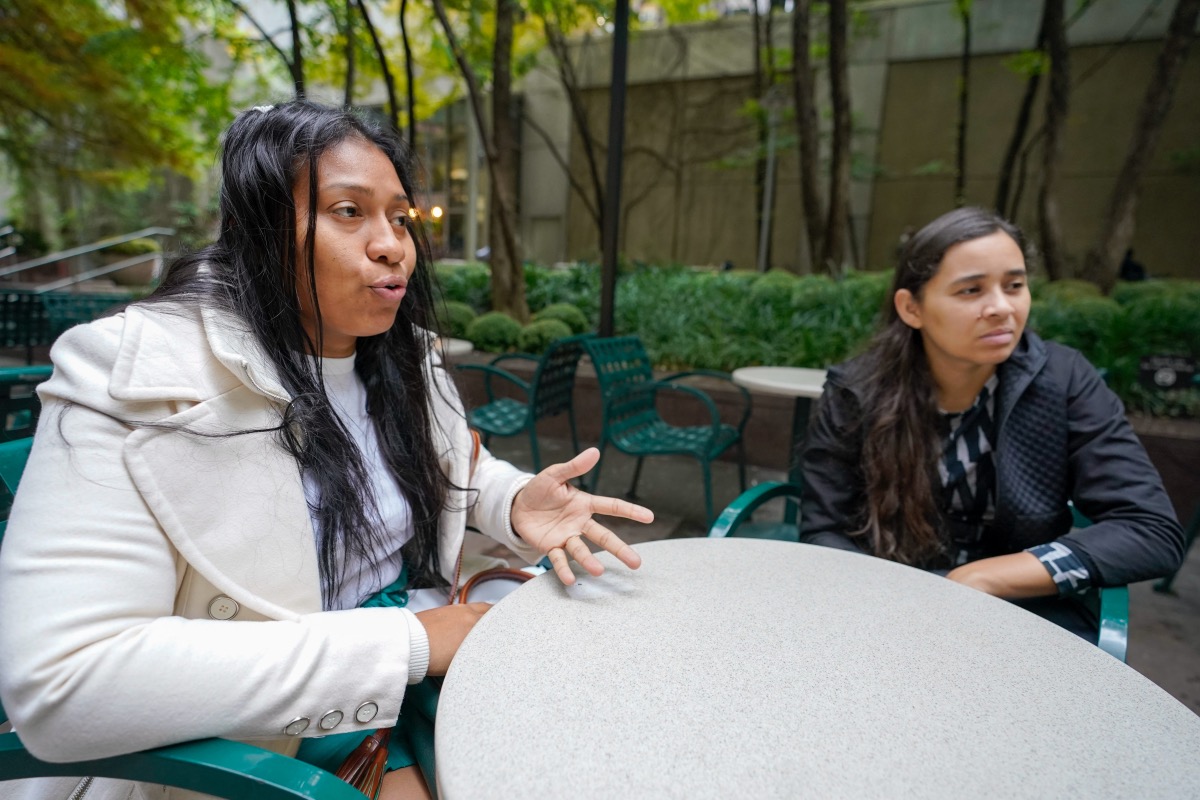 By CLAUDIA TORRENS and VANESSA A. ALVAREZ, Associated Press

NEW YORK (AP) — When Wilfredo Molina arrived in the U.S. from his native Venezuela, he told border agents he wanted to go to Miami but didn’t have an address. They directed him to what he thought was a shelter in midtown Manhattan but turned out to be a gray office building.

“It was a fake building. I didn’t understand what it was,” he said.

Molina was among 13 migrants who recently arrived in the U.S. who agreed to share documents with the Associated Press that they received when they were released from U.S. custody while they seek asylum after crossing the border with Mexico. The AP found that most had no idea where they were going—nor did the people at the addresses listed on their paperwork.

Customs and Border Protection, which oversees the Border Patrol, did not respond to repeated questions about families and individuals interviewed and the addresses assigned to them.

But the snafus suggest a pattern of Border Patrol agents, particularly in Texas, sending migrants without friends or family in the United States to offices that get no notice. The places often don’t have space to house migrants. Yet, because those addresses appear on migrants’ paperwork, important notices may later be sent there.

“We believe that Border Patrol is attempting to demonstrate the chaos that they are experiencing on the border to inland cities,” said Denise Chang, executive director of the Colorado Housing Asylum Network. “We just need to coordinate so that we can receive people properly.”

A Venezuelan family that came to the American Red Cross’ Denver administrative offices was referred to multiple shelters before someone volunteered to take them in. Migrants who came to New York ended up in shelters, hotels, or temporary apartments that the city helped them find and pay for.

A surge in migration from Venezuela, Cuba, and Nicaragua brought the number of illegal crossings to the highest level ever recorded in a fiscal year. In the 12-month period that ended September 30, migrants were stopped 2.38 million times, up 37 percent from 1.73 million times the year before and surpassing 2 million for the first time.

The year-end numbers reflect deteriorating economic and political conditions in some countries, the relative strength of the U.S. economy, and uneven enforcement of Trump-era asylum restrictions.

Many are immediately expelled under the asylum restrictions, a public health order known as Title 42, which denies people a chance at seeking asylum on grounds of preventing the spread of COVID-19.

But others —including people from Cuba and Nicaragua, with which the U.S. has strained relations— are released with notices to appear in immigration court or under humanitarian parole. Those migrants must tell agents where they will live, but many can’t provide an address.

“It almost seems as though, at the border, officials are simply just looking up any nonprofit address they can or just looking up any name at all that they can and just putting that down without actually ever checking whether that person has mentioned it, whether there’s beds or shelter at that location, or whether this is even a location that can provide legal assistance,” said Lauren Wyatt, managing attorney with Catholic Charities of New York. “So, clearly, this is not the most effective way to do this.”

Most of the migrants interviewed in New York had hopped on taxpayer-funded buses that Texas and the city of El Paso have been sending regularly to the northeast city.

Republican Govs. Ron DeSantis of Florida, Greg Abbott of Texas, and Doug Ducey of Arizona also have been sending migrants released at the border to Democratic strongholds, including Chicago, Washington, D.C., and Martha’s Vineyard, Massachusetts. They have been criticized for failing to notify local officials of plans. Republicans say they are highlighting issues with President Joe Biden’s immigration policies.

The Biden administration recently agreed to accept up to 24,000 Venezuelans at U.S. airports if they apply for asylum online with financial sponsors, similar to how Ukrainians have been admitted since Russia’s invasion. Mexico has said it will take back Venezuelans who cross the border into the U.S. and are expelled under Title 42 authority.

Yeysy Hernández, a Venezuelan who reached New York after taking one of El Paso’s buses, says the address in her documents is for an El Paso church that wasn’t expecting migrants and where she slept just one night. Now she worries immigration notices might be sent there.

Hundreds of immigrants have shown up at one of the offices for Catholic Charities of New York with documents listing the address. Wyatt said the group complained and the government promised to put an end to the practice by August 1—something that “obviously, hasn’t happened.”

The group also has received more than 300 notices to appear in immigration court for people the organization does not know, Wyatt said. It’s also received deportation orders for migrants who failed to appear in court because their notices were sent to a Catholic Charities address.

Victor Quijada traveled with relatives last month to Denver after border agents sent the Venezuelan family to an American Red Cross office building. Once there, they were referred to a city shelter that also turned them away. They eventually found a shelter that took them in for a few days, but they felt unsafe.

“It was tough what we had to go through, from the things we had to eat to being on the streets—an experience I wouldn’t wish on anyone,” Quijada said.

Chang, from the Colorado Housing Asylum Network, eventually took the family into her home and her organization helped them lease an apartment. She said she knows of several migrants assigned to addresses of groups that can’t help them.

“The five families that I’ve worked with in the last three months, all five were picked up off the street, literally sitting on the sidewalk with children,” she said.

The building in midtown Manhattan where Molina went is an International Rescue Committee refugee resettlement office, but it provides only limited services to asylum-seekers there, said Stanford Prescott, a spokesman for the group.

Only one of the IRC’s U.S. offices, in Phoenix, operates a shelter for asylum-seekers and most stay less than 48 hours. Yet, its Dallas and Atlanta offices also have been listed on migrants’ documents.

“We are deeply concerned that listing these addresses erroneously may lead to complications for asylum-seekers who are following a legal process to seek safety in the U.S.,” Prescott said.