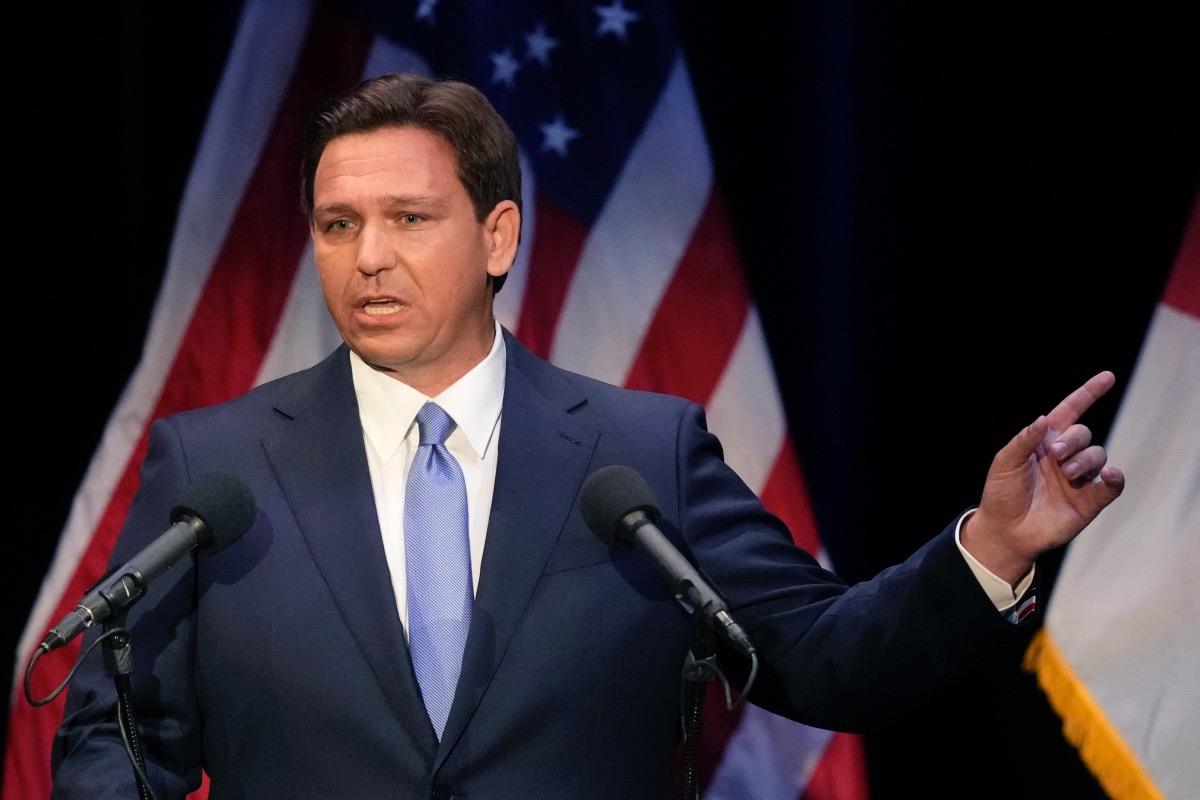 MIAMI — For almost two years, Florida Gov. Ron DeSantis (R) has gone to great lengths to insulate himself in press conferences that amount to nothing more than taxpayer-funded choreographies in which he is allowed to regurgitate his talking points unchallenged.

Earlier this year, a member of the National Association of Black Journalists named Ben Frazier was arrested at one of DeSantis’ publicly funded press events in Jacksonville. Frazier was identified by the governor’s staff before the press conference got underway and asked to leave, which he refused to do as he was not being disruptive and was given no satisfactory explanation for why he was being asked to leave.

Frazier was promptly forced out of his wheelchair and placed in handcuffs.

CNN correspondent Rosa Flores was subjected to DeSantis’ anger when attempting to ask questions about Florida’s disastrous statewide vaccine registration rollout. Inquiring about counties that were ill-equipped for the traffic they received on the websites and phone lines, Flores was aggressively interrupted by DeSantis before she could finish her question and repeatedly berated in front of her colleagues.

In August 2021, Tallahassee-based reporter Brendan Farrington was targeted by DeSantis spokesperson Christina Pushaw after detailing how one of DeSantis’ multimillion-dollar donors invests in a company making the COVID-19 treatment drug Regeneron that was promoted heavily in Florida. Pushaw encouraged her thousands of Twitter followers to target Farrington by tweeting his article and writing “drag them” in a now-deleted post.

She also wrote in other tweets that if Farrington didn’t change his story, she would “put you on blast” and retweeted a message that said “Light. Them. Up” in reference to the Associated Press, leading the news agency to publicly urge the DeSantis administration to stop the harassment of their staff.

In the same month, the executive editor of media outlet Occupy Democrats suffered painful injuries, including a traumatic left knee injury requiring 26 doctor appointments over a six-month period, after he was thrown out of House Minority Leader Kevin McCarthy’s (R-CA) press conference in Miami, in which DeSantis also made an appearance. The editor’s crime? Asking the House Republican leader why he didn’t support the January 6th commission.

I’m currently suing the DeSantis administration after uncovering a dossier possessed by the Florida Department of Law Enforcement (FDLE) used to deny me entrance to all of DeSantis’ publicly funded events. The dossier also reveals that FDLE agents have been tracking my social media activities, as well as the social media activities of those who interact with my posts.

This week we saw just why DeSantis has been so adamant to create these safe spaces for himself, away from the tough questions and critical inquiry, as he was absolutely demolished by former Gov. Charlie Crist in the one and only debate of the gubernatorial race in Florida.

Throughout the hour-long debate on Monday, Crist repeatedly called out DeSantis for prioritizing his political ambitions and focusing on culture wars instead of doing his job and working to fix the issues that we Floridians continue struggling with. Crist brought up the affordable housing crisis gripping the state, our current property insurance meltdown, our mediocre education system that ranks 48th nationwide in teacher pay, and other problems that have gone unresolved during DeSantis’ tenure.

When asked if he would run for president in 2024 instead of serving out a full four-year term if reelected, DeSantis stood like a deer in headlights for a long pause before pivoting and refusing to answer.

He did the same when asked if he would push for a complete and total ban on all abortions in the state.

Watch Ron DeSantis stand awkwardly and refuse to answer when asked if he will serve a full four year term if he is re-elected governor. Ron DeSantis doesn’t care about Florida. Being governor is a stepping stone to run for president for him.pic.twitter.com/DfPq7NlMua

Florida Squeeze, a blog that has a quality podcast detailing the history of politics and electoral contests in the state, called it “arguably the worst debate performance by a sitting Governor in Florida’s history,” saying DeSantis looked “dazed and confused, alternating between throwing out ineffective canned lines and a childish-immature looking defensiveness that just didn’t come across well.”

Compounding DeSantis’ poor performance were his mannerisms and facial expressions, which included rolling his tongue inside his mouth, grinding his teeth, and constantly shifting in place, which just added to the discomfort of watching his mediocre performance.

Pundits have been speculating for quite some time now on how a DeSantis versus Trump presidential primary debate would go. We got our answer on Monday night: DeSantis would be completely eviscerated

He is a paper tiger who needs a completely controlled environment to project strength, which highlights the need for accessibility to our elected officials by both media and constituents. Politicians like DeSantis should not be allowed to wall themselves off from the public through the use of tax dollars, with no one to properly question the partisan and political narratives they wrap themselves in.