‘We Need to Be Seen’: Record Number of Latinos Running in 2022 Elections 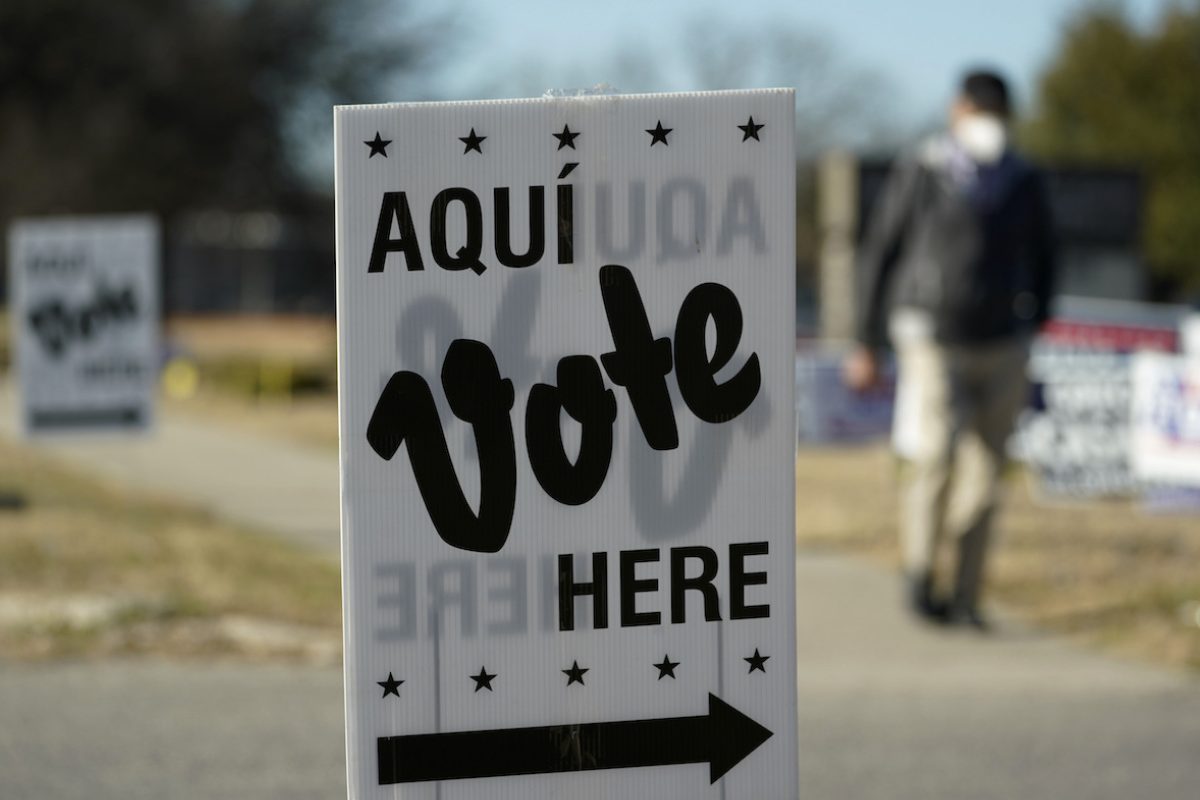 Tuesday’s midterm elections will likely see a “historic” rise in Latino representation in Congress, statewide offices, and state legislatures, according to a study conducted by the National Association of Latino Elected and Appointed Officials (NALEO).

Latinos are running for top offices in 44 states, demonstrating how Latinos are mobilizing across the country in both traditional Latino population centers as well as emerging ones.

Latinos in the Senate

U.S. Senate races are crucial to both Democrats and Republicans, who will retain or gain a partisan advantage, respectively. Three of the six Latino incumbents are running for re-election in 2022.

One of the most serious Senate challenges in the nation is that faced by Democratic Sen. Catherine Cortez Masto versus former Republican Attorney General Adam Laxalt in Nevada, where Latino voters make up 18 percent of the electorate. Cortez Masto has based her campaign on strengthening Nevada’s economy, expanding access to affordable healthcare, and ensuring the state’s students have access to quality education.

“I look forward to seeing more Latinos in elected office to bring our voices and valuable perspectives to the table,” Cortez Masto says on her campaign website.

Sen. Alex Padilla (D-CA) —who was appointed by Democratic Gov. Gavin Newsom to fill the empty seat left by Vice President Kamala Harris— is likely to beat his Republican opponent, Mark P. Meuser. Latinos make up 32 percent of the electorate in California, which is home to about a quarter of all eligible Latino voters, according to the Pew Research Center.

One of the most recognizable Latinos in the Senate, Sen. Marco Rubio (R-FL) faces off against Democratic Rep. Val Demings in a race that has both Democrats and Republicans paying close attention. A Futuro Media poll of Florida Latino voters found that Latino voters leaning toward Sen. Rubio, who has a 50 percent favorability rating while Demings only has 36 percent favorability.

Latino voters make up 18 percent of the Florida electorate.

Latinos in the House

There are 38 Latino members of the U.S. House of Representatives, 28 of whom are Democrats and 10 are Republicans. If Latino candidates win their respective House races, the total number could jump by as much as seven, up to 45.

Some of the most competitive races for the House are in Florida, New Mexico, California, and Texas.

Californians are seeing a rematch in the 25th district between Republican Rep. Mike Garcia and former Democratic Assemblymember Christy Smith, whom he only narrowly defeated by 333 votes in 2020.

Texas is a bit of a special case. Rep. Mayra Flores (R) won a June 2022 special election in the 34th district to serve the remainder of retiring Democratic Rep. Filemon Vela’s term—becoming the first Mexican-born woman sworn into Congress. Due to redistricting, she faces Democratic Rep. Vicente González, the current incumbent in Texas’ 15th district whose home is now in the 34th.

Speaking of Texas’ 15th district, the race there pits two Latinas from across the against each other: Republican entrepreneur Monica De La Cruz and Democratic small business owner Michelle Vallejo.

In both Oregon and Colorado, Latinas are set to make history by becoming the first Latinas to represent their home states in Congress.

If elected, Logan, Vega, and Vargas would be the first Latinos to represent their respective states in the House.

The Latino candidates likely to win their races are mostly in states where Latinos make up a large share of the population, such as Long Beach Mayor Robert Gacia running in California’s 42 district and Austin City Council member Greg Casar running in Texas’ 35 district, both Democrats.

Other Latinos likely to win their races are Robert Menendez Jr., currently a commissioner for the Port Authority of New York and New Jersey and running for the congressional seat once held by his father, and Illinois state Rep. Delia Ramirez.

Meanwhile in Florida, where there are plenty of Latinos on both sides of the aisle, gun control advocate Maxwell Alejandro Frost (D) and Air Force veteran Anna Paulina Luna (R) are likely to win their races.

Of the 24 Latinos running for statewide offices across the United States, 11 are incumbents.

“We [Latinos] need to be investors. We need to have seats at the table when it comes to decisions that affect our communities,” said Joe Maestas, currently running for state auditor in New Mexico. “We need to see ourselves in elected office.”

“What drives Latino voter engagement is seeing ourselves reflected” in public offices, said state Sen. Martin Quezada (D), who is in a close race for state treasurer in Arizona against incumbent Kimberly Yee.

After reaching his term limit as a state senator, his commitment to serving his community brought him back to run for statewide office, he says. Quezada initially said that he was ready to move away from public office but was pushed to run for state treasurer by several county treasurers, who encouraged him to run for the job.

One of the main issues he wants to address is hiring the “right people’ to build long-lasting relationships with other statewide elected officials.

Even though Quezada feels Democrats have not don’t enough outreach to Latinos, he still believes his chances are good of defeating his opponent, which he views as imperative, saying Republicans are “radically extreme.”

His thoughts on Republicans are echoed by the former chair of the Nevada Athletic Commission, Cisco Aguilar (D), who is a strong contender for secretary of state in Nevada against former Assemblymember Jim Marchant (R). Marchant is president of the America First Secretary of State Coalition, whose members believe the 2020 presidential election was stolen from former President Donald Trump. Aguilar called Marchant the “most dangerous candidate in America” due to his rhetoric and his attempts to cancel early and mail-in voting.

Aguilar is extremely worried that a Marchant win could mean that Nevada, a battleground state, runs red in 2024, since Marchant wants “a small group of individuals to make decisions for every Nevadan.”

At an October rally, Marchant said that if he wins the race for secretary of state, Trump will be reelected in 2024.

One of his other main focuses is on education, after building a school in North Las Vegas in 2019. Seeing the impact of the COVID-19 pandemic on the school and working with students there pushed him to run for secretary of state.

Multiple candidates for statewide offices said they had experienced racism because of their Latino identities.

“You experience things that aren’t fair, and you never know if (being Latino) plays a part in it,” Quezada told Latino Rebels.

One response to “‘We Need to Be Seen’: Record Number of Latinos Running in 2022 Elections”