Florida Democratic Party Needs to Get Its Act Together (OPINION) 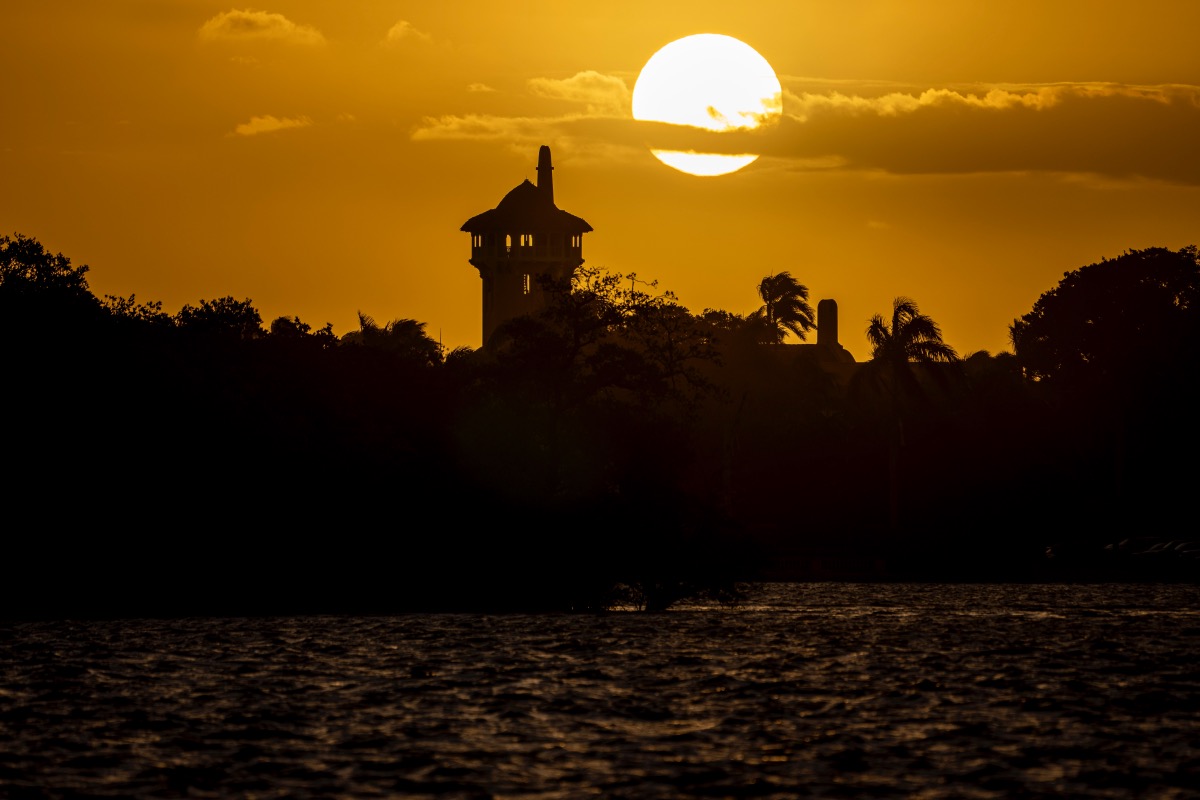 MIAMI — The Florida Democratic Party thought it hit rock bottom in November 2020 when Donald Trump defeated Joe Biden in the state by three percentage points, which constituted a landslide in the Sunshine State at the time.

That cycle was marred with controversy, most notably a regrettable incident in which FDP leadership was forced to give back a loan from the Paycheck Protection Program after its own lawmakers criticized the party’s acceptance of the money as highly questionable, if not illegal and unethical.

The whole episode made 2018 —another bitter and disappointing year for Florida Democrats, in which the party lost the gubernatorial and U.S. Senate races— seem not so bad in hindsight. At least Democrats had managed to flip two congressional seats, a state Senate seat, five state House seats, and even the statewide agriculture commissioner seat.

After the lackluster performance of the FDP in 2020, I co-wrote a piece in the South Florida Sun-Sentinel detailing three major reforms that the state party needed to undertake in order to begin the process of building organizational infrastructure that could mount a credible challenge to the Republican machinery in Florida, which is fueled by dark money and corporate PACs.

These reforms included, but were obviously not limited to:

How We Got Here

Party leadership resigned after the election, and members soon coalesced around former Miami Mayor Manny Diaz as the choice for new chair of the FDP. Supported by a myriad of consultants, elected officials, labor interests, and other Democratic insiders, Diaz was elected chair on the strength of lavish promises he made to all interests.

He would lead vast fundraising hauls, improve Latino outreach that would target Cuban-American voters in Miami-Dade to swing them back to the Democrats, and mount an aggressive voter registration operation that would stop the increasing surge of Republican voters in Florida—or so he said.

At the same time, I ran for Democratic National Committee member at the behest of some FDP members that were urging reform-minded people to run for leadership positions. I was approached by Diaz allies, who offered Manny’s endorsement for my campaign in exchange for my endorsement of his candidacy for chair. I politely declined, both because I had no interest in engaging in the usual backroom deals that had become so typical for Florida Democrats, and because I didn’t believe in Diaz’s candidacy.

This was a guy who presided over the militarization of police in Miami and the overdevelopment of the city to benefit the wealthy at the expense of the poor. Such profligate generosity to corporate real estate interests was best exemplified by Diaz’s facilitation of one of the worst real estate deals in Miami history: the use of taxpayer dollars to build the Miami Marlins stadium in Little Havana, which sits just about empty even during baseball season.

To say that Diaz’s politics don’t align with mine would be an understatement.

Manny Diaz stumping for Michael Bloomberg, one of his closest political allies, in 2020.

Diaz inevitably won the job even without my vote, and in the two years since taking the mantle of FDP chair, he has presided over a disastrous decline that has entirely eliminated any of the advantages Florida Democrats once retained.

Inside View on This Year’s Disaster

Bluntly stated, Florida Democrats have no field presence. I reside in Little Havana, in an apartment detached from a house with four roommates. We did not get a single doorknock from the Florida Democratic Party this entire cycle. We hardly even received mailers from the FDP, but were inundated by them from the Republican running in our state Senate district.

While it could be reasoned that it would have been a waste of resources to contact me, a loyal Democratic voter, there are FOUR other Democrats living at the same address, some of whom vote with less regularity. This was no fluke. Thousands upon thousands of Democratic voters wound up failing to return the vote-by-mail ballots that had been delivered to their homes!

All told, voter turnout for Democrats was abysmal in 2022 compared with the last midterm election in 2018. This sort of neglect and refusal to engage and mobilize our core base of supporters is why Florida Democrats continue to get wiped out every election cycle. It’s a systemic issue, with more than a few components.

The Florida Democratic Party’s messaging is meandering and uninspired, while our earned media, especially in Spanish, is virtually nonexistent. I’m semi-regularly invited on local Spanish media to discuss or debate various issues, and two weeks before this past election, a producer for a program complained to me that it was virtually impossible to get in touch with anyone at the state party to book someone for his show. When he did finally reach somebody from the FDP, they declined his invitation.

This is emblematic of a huge ongoing failure. While appearing on national outlets like CNN and MSNBC helps to build a national profile, it is these hyperlocal TV and radio outlets that reach voters in the districts we need to target. We ignore them at our own peril.

Voter registration numbers have also been abysmal, despite Diaz’s promises. Last year, the number of active Florida voters who registered as Republicans surpassed Democrats for the first time in history. As noted in a Tampa Bay Times story, Florida Democrats lost about 114,000 registered voters from the end of 2021 through October 2022, while Republicans increased their registration edge from 43,000 to nearly 293,000 by Election Day.

By the time early voting started, most sites in Miami-Dade County sat as empty as Marlins Park during a road trip. That seemed to be the norm in many counties across the state, where polling places were devoid of Democratic volunteers and contained little signage from Democratic candidates. I spoke with several campaign managers who were frantically calling the FDP, which kept insisting there were people at the early voting sites, despite our own eyes telling us otherwise.

I’ve called for Diaz to step down, but the problem is much bigger than him. The Florida Democratic Party is a rotting structure controlled by a cast of consultants who prevent it from building the infrastructure needed to organize long-term and establish the needed presence to win elections.

What we have instead is a consultant cartel, a money-laundering operation that lines the pockets of some of the most ineffective political operatives in the country, who are guilty of losing elections for two decades straight and allowing Republicans to hold an absolute stranglehold on power.

Until these consultants are pushed out and the keys are given to new faces with fresh ideas and competent approaches, we will never move forward. For the consultant cartel, it is much more profitable to rack up profitable commission rates on things like traditional and connected TV ads, radio spots, and mail pieces instead of doing the field and voter registration programs that constitute significant overhead cost and require a lot of oversight and management of staff.

While we should obviously invest in TV, radio, and mail, we can’t continue allowing the state party and campaigns to be treated like an ATM for consultants whose tired media strategies never leave any long-term footprint after the election is over. At this point, it’s a straight-up grift, and if the Florida Democratic Party were a private company with shareholders, we would probably be taking legal action due to the never-ending mismanagement of resources.

The Way Forward For Florida Democrats

The saddest part is that we have a playbook on how to win Florida, yet simply refuse to use it. Both of Barack Obama’s presidential campaigns employed the type of economic populist messaging that wins Florida voters. They convincingly argued that Republicans are corporate hacks, a bunch of real-life Monopoly men, while talking to voters about popular Democratic staples: middle-class tax cuts, union jobs, helping small businesses, raising wages, and protecting popular programs like Social Security and Medicare.

Obama’s two victories in Florida also benefited from the impression campaign infrastructure. There was a strong organizational emphasis on voter registration that served to grow voter identification lists, which were later used for voter turnout as Election Day loomed nearer. The Obama campaigns also had numerous field offices in strategic locations across the state that served as activation hubs for volunteers.

I have called for the establishment of permanent campaign offices that can provide tangible services to community members, as have many others. This is an approach that the Libre Initiative, the local Koch Brothers front group, has employed for years. The community centers host events that provide civic and history lessons, driving lessons, citizenship clinics, and financial literacy workshops.

They exist not only in South Florida but in other states with prominent Hispanic populations as well. The Republican National Committee has expanded upon the tactic and established several community centers in Florida that offer such services while also serving as regular places to hold roundtables and press conferences.

One of these centers is located in Miami-Dade, which swung to Republicans for the first time in two decades. I suggested to Manny Diaz when he took control of the party that the FDP invest in its own community centers, only for the suggestion to fall on deaf ears.

None of these ideas are rocket science, and I’m not pretending to be some genius for proposing them. They are smart strategies practiced by political organizations that actually want to win.

I was the political director of a nonpartisan, nonprofit organization that had a department that organized services similar to the ones described above, and they absolutely helped the organization to establish a footprint in underserved communities and build relationships with other stakeholders and institutions.

Florida Democrats can turn things around, but it will take a long-term plan, cohesive economic messaging that appeals to working people, year-round voter registration, permanent offices offering tangible services, and electing down-ballot candidates to build a bench. Turning things around will also require proving to national donors that we are good stewards of money and that we can build permanent and sustainable infrastructure.

Florida just can’t be left behind and remain uncontested. There are almost 22 million people here that are suffering under bad governance. We have some of the most inflated rental and housing markets in the country. We have a crumbling property insurance market that is turning the dream of homeownership into an unachievable fantasy for working folks. We have a public education system that is being purposely sabotaged by special interests who want to privatize all education, to cash in and make it unaccountable to anyone. We have people who are struggling to get healthcare and suffer from chronic and life-threatening illnesses. We have inflation that’s higher than the nationwide average.

The state is also very important politically and electorally. We now have 28 congressional seats and 30 electoral votes in the wake of the 2020 reapportionment. Florida is also a very expensive state to compete electorally, meaning that if Republicans think they have it in their back pockets, the millions of dollars spent here will go to electing right-wing lunatics in other parts of the country.

We have to get our shit together in Florida, and we have to do it quickly. We know what’s wrong, we know how to fix it, yet we never do.

The 2022 midterms should be a wake-up call for us all.

Thomas Kennedy is an elected Democratic National Committee member from Florida. You can find him on Twitter and Instagram at @tomaskenn