In Search of the ‘Latino Vote’ (OPINION) 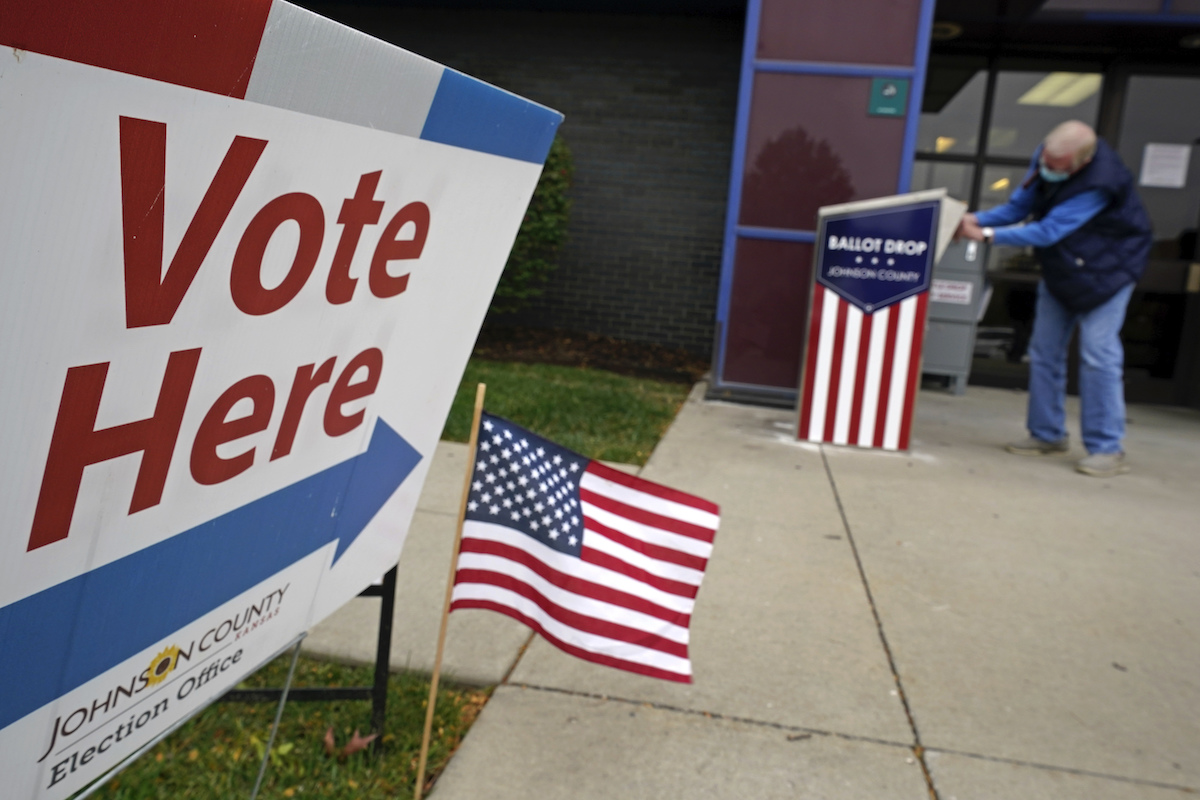 HOUSTON — The “Latino vote” is the Holy Grail of politics, and locking it down is more difficult than people seem to have anticipated. This is evidenced at the end of every election cycle, when Latinos are blamed for not voting the way others predicted—usually in Florida and South Texas.

But since everything about politics is driven by implicit biases that assume a lot about voters —non-white voters, in particular— we should expect nothing less.

The majority of white voters, meanwhile, have predictably voted Republican for decades.

Many in the U.S. often expect Latinos to vote in a particular way with a singular set of principles and beliefs. But there are a lot of things to consider when trying to reach the various Latino communities. Many expectations fail to acknowledge Latino diversity not just by race or ethnicity, but also by religious and cultural beliefs.

Republicans learned a long time ago that appealing to the racism and bigotry of various Latino communities benefits the party. In the modern era, it’s easier than ever to use social media and various other digital resources. Demonizing gay and trans people, Black people, and immigrants of color while condemning everything they hate as socialism, conservative politicians know there are enough Latinos who share their beliefs on one or more issues.

On the day before Election Day, Fox News reported a ‘paradigm shift’ among Black and Latino voters that never appeared

This effort has proven to work in many Latino communities. Much like the Klan of yesteryear labeling everything they disagreed with as communism, Republicans use the word socialism instead. This election cycle, the Republican strategy of turning crime, the economy, and immigration into socialist culture wars was successful in distracting voters away from their attacks on civil liberties, such as voting rights and women’s rights. Through such tactics, Republicans know they can strike fear in many Latinos that emigrated from socialist countries.

There’s also no question that racism and bigotry exist in Latino communities. Republicans saw success in South Florida by demonizing asylum-seekers of color and trans people while attacking an entire political party with propaganda about marginalized communities.

But what’s true in South Florida, isn’t true in Texas.

People often disregard the cultural differences among Latinos. In many ways, singularly labeling our communities as “Latino” or “Hispanic” is a disservice. Not only do political affiliations vary by what area of the United States we’re in, but they’re also founded on cultural and religious beliefs. It’s true that much of traditional Latino culture is based in on misogyny, and this machismo fosters other problematic behaviors such as homophobia and transphobia.

To target Latinos in New York, Los Angeles, South Texas, and everywhere in between, the Republican Party relies heavily on many stereotypes and generalizations. Even though they fail to address or provide solutions for specific issues to Latinos, they know they can still appeal by using bigotry and disdain for marginalized groups with some success.

Latino communities overall are just like any other voting bloc in that we’re not a monolith. The economy and crime, for example, are major issues for us, as is education. And while immigration is often painted as an issue concerning only our communities, it overlooks the complexities of the U.S. immigration system and the various groups it affects from all over the world.

For example, if you know anything about the most diverse city in the United States, Houston, Texas, you know about the diversity of thoughts and beliefs that comes with the title. While most of the U.S. thinks of Texas as cowboy central and super white, Houston is 44.5 percent Latino, 22.8 percent Black, and only 24.1 percent white, according to Census data. There is no singular culture here.

Houston boasts a large Spanish-speaking population that’s often targeted with far-right lies and propaganda—if targeted at all. For Republicans, the focus is rarely on non-white Latinos, as noted by their most recent and historical political advertisement strategy. Latinos, both Spanish and English speakers, saw through the tactic because we have family members that will be disproportionately affected by the so-called “law and order” policies Republicans champion.

What Republicans and Democrats both fail to realize is that Latinos aren’t all white or think like the white Cubans in Florida. Of the many issues Latinos have with both parties, the notion that politicians rely on South Florida to represent the entire Latino population is a major one, and it’s frustrating.

Republicans, however, spent tons of money and put in a huge effort only to lose the proverbial Latino vote overall.

Religion is another of many factors rarely considered when discussing how Latinos vote.

Digging deeper, some researchers have estimated that, by 2030, Latinos in the U.S. will be 50 percent Protestant, which has political implications that are both profound and unacknowledged. Protestant Latinos are more likely than Catholic Latinos to identify with conservative values, for example, and evangelical Latinos are more likely than both to identify with Christian nationalist ideas.

Meanwhile, religiously unaffiliated Latinos are more likely to support Democrats than either group.

Republican strategies of focusing on key issues —such as crime, the economy, and immigration— provided the party an opportunity to take attention off abortion rights and voting restrictions disproportionately affecting Black and Latino voters. As the party at large embraces Trumpism, it makes less extreme candidates seem like moderate Republicans.

Mayra Flores and Cassy Garcia sought to flip congressional seats in TX with a platform of "faith, family and country." Seems like that message isn't resonating for the two Latina Republicans who were regarded as being part of a "rise of the far-right Latina." https://t.co/LlVvFxQ1sZ

Even that isn’t enough. After what we’ve seen in recent years, largely due to former President Donald Trump normalizing hate in the public sphere, adding even a slim margin to the 30 percent or so of Latinos who support Republicans proved difficult. Texas Gov. Greg Abbott boasted he would win border counties and 50 percent of the Latino vote.

He accomplished neither of those things. He didn’t even come close.

Just looking at Texas, where the top three positions were held by Republicans often regarded as extremists, doesn’t tell the full story of the midterm elections. While the strategy may have kept Gov. Abbott in office, it also backfired, resulting in Democrats running the table on the local and state levels.

On social media, many Republicans are calling on Texas officials to audit the Harris County election. It happens every time they lose an election—even in a county that has historically been run by Democrats. The Trump era opened the door for people to think they can demand audits simply because they don’t like the outcome of an election, not due to any actual evidence of malfeasance.

This is where we are as a society, and Harris County, Texas isn’t immune.

For many Latinos, identifying and spotting propaganda is simple. Some of our communities are responsible for spreading it, while the vast majority of us don’t buy it.

In Harris County, we saw it firsthand in the election for the Commissioners Court, with ads in both English and Spanish packed with lies about crime, candidates, and police funding, while ignoring facts such as the state law requiring bail for every suspect in every case except for capital offenses.

Instead, the blame for violent crimes was taken away from the people that actually committed the crimes and placed on local judges. Additionally, the Commissioners Court was set to increase police funding among many other benefits to taxpayers, like property tax cuts, but was undercut by two Republican commissioners who refused to be present for a vote.

The idea was to make incumbent County Judge Lina Hidalgo look incompetent to voters by limiting her ability to get anything done. Republicans expected to defeat Hidalgo with Alex Mealer as an opponent backed by millions in dark money and a massive media ad buy by furniture salesman Jim “Mattress Mack” McIngvale. Winning would have opened the door for them to be the heroes that increased funding for the Harris County Sheriff’s Department.

Instead, they intend to control the levers of power knowing damn well that Republicans want to suppress the votes of non-white people. This is how white power structures work to keep white people in power despite them being the minority.

Not only was Lina Hidalgo reelected, but the Democrats now have a 4-1 supermajority on the court because Jack Cagle, one of the two Republicans who refused to come to work, lost his election. In addition, Hidalgo’s opponent only tried to appeal to rural Harris County voters —read: white voters— while refusing to go within the city limits to talk to Black and Latino voters, particularly Spanish-speaking Latino voters.

And when we talk about Latino culture, it takes more than just adding a hyphenated add-on name and claiming to be Hispanic on political materials—especially when Latinos know that the person presented as white their whole life. That’s true for nearly every Latino community.

Going on TV still presenting as white while promoting ideologies steeped in state-sponsored oppression was resoundingly rejected by a coalition of non-white voters.

The disingenuous pandering is a major reason why Alex Mealer lost.

As Latinos, we often discuss how “the Latino vote” isn’t a thing. It’s more of a misnomer that assumes we are all on the same page politically.

Yet, Latinos couldn’t be more different based on countries of origin, religious beliefs, cultural preferences, and even the food we enjoy. The fact is, our unpredictability is more like that of white swing voters. Some Latinos are single-issue voters while others have a broader perspective.

Looking at election results across the country may leave some U.S. voters scratching their heads, trying to make sense of Latino voters—again, overlooking the local and regional implications of individual voters, as well as how different demographics and ethnicities may or may not vote. There’s no singular belief system among Latinos, similar to how one doesn’t exist for white people, Black people, or any other group.

And just as any other demographic may vote, so do Latinos. A business owner likely places importance on their business above anything else. Meanwhile, women likely put their autonomy first in the most recent election, serving as a boon for Democrats.

Latina women overall (66 percent) supported Democrats over Latino men (53 percent), according to NBC News exit polling. That shift for Latinos likely revolves around the recent culture wars created by busing migrants to other cities, attacks on trans people, and law-and-order copaganda, which we saw in every city.

So, are we gonna talk about white voters electing racists and voting against their own interests yet? Or are we gonna jump on the boat and blame Latinos again? Let's be clear, DeSantis could have won without the Latino vote. The question is, when are white people gonna talk…

While exit polling numbers largely represent the districts in which they were taken and don’t speak for the Latino population overall, the belief that Latinos were slowly shifting to the political right was palpable. However, Republicans grossly miscalculated how much support they would have for their brand of bigotry toward various groups.

Appealing to machismo is easy. Convincing Latinos to be bigots is much more difficult. It’s a strategy that may cost Republicans a lot more than they bargained for in the long run.

On the other hand, for Democrats, it seems, a new strategy and new leadership are needed to address their lack of outreach in our ever-growing communities.