This morning in Denver, before the opening session of the Service Employees International Union (SEIU) convention, over 1,000 people marched from the Convention Center to the Wells Fargo building. 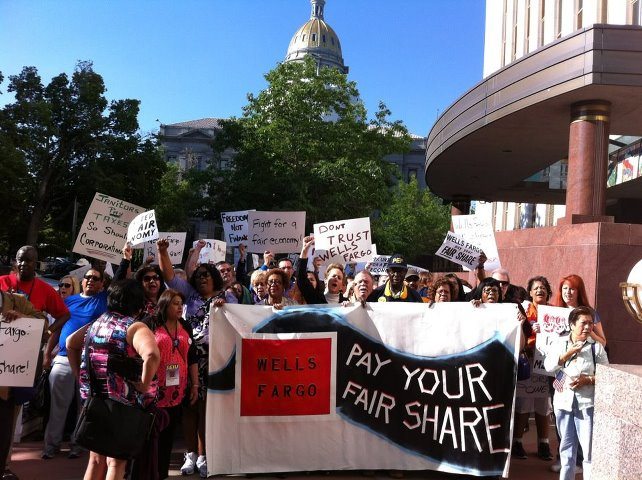 Taking themes from the Occupy movement, the march was seen as a call for the 1% to "pay their fair share" of taxes, as well as calling out Wells Fargo for its support of anti-immigration legislation and the private jail industry, which has turned the detention of immigrants into a business model. Billed as the #Winfor99 March, demonstrators marched peacefully. The crowd was diverse, multilingual, and multicultural. It is clear that the SEIU has become a prophet of Occupy. 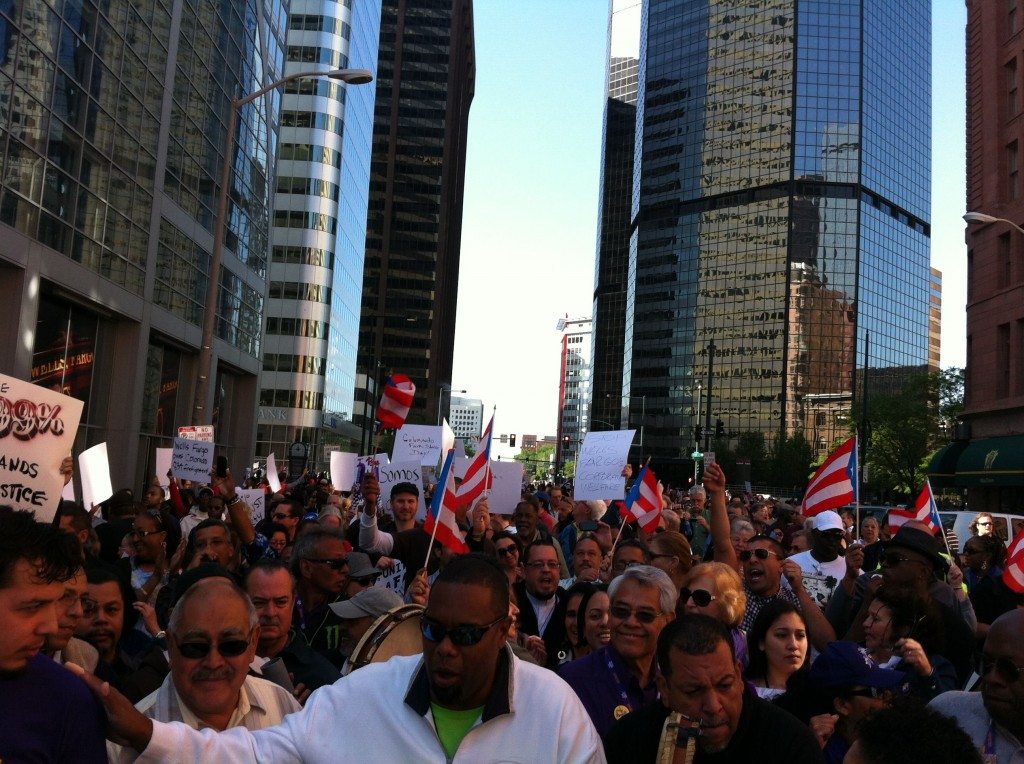 In front of the Wells Fargo Building, two speakers gave a bilingual speech about the hypocrisy of Wells Fargo. On one side it is aggressively courting Spanish-speaking customers in the United States (Latinos who, according to the speech, are know at Wells Fargo as the "underbanked"), while on the other side it promotes anti-immigration legislation that has led to the discriminatory profiling of US Latinos. Chants of "¡Sí se puede!" and "¡Basta ya!" 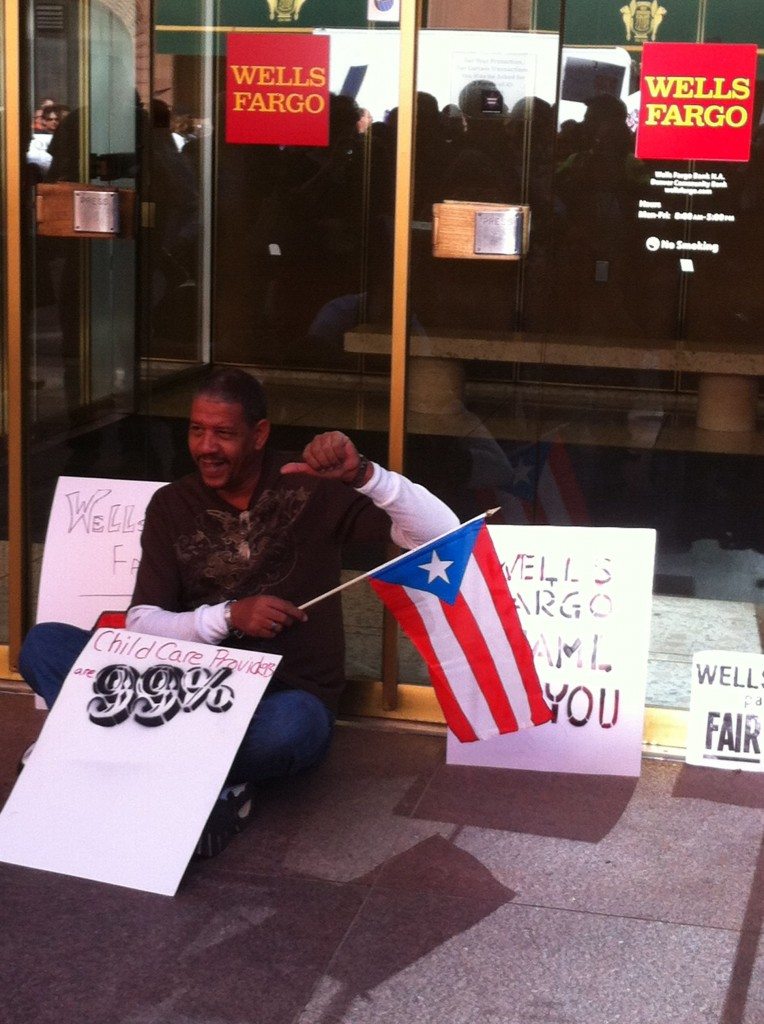 The Rebeldes were there today, and unlike what the mainstream media is reporting that suggested this was all about "left-leaning activists," we saw a march of the different faces of America. Young and old. All races. Many languages. It was one of the most diverse crowds we have ever seen at this type of demonstration, and that includes the Occupy marches. You can see more pics here. 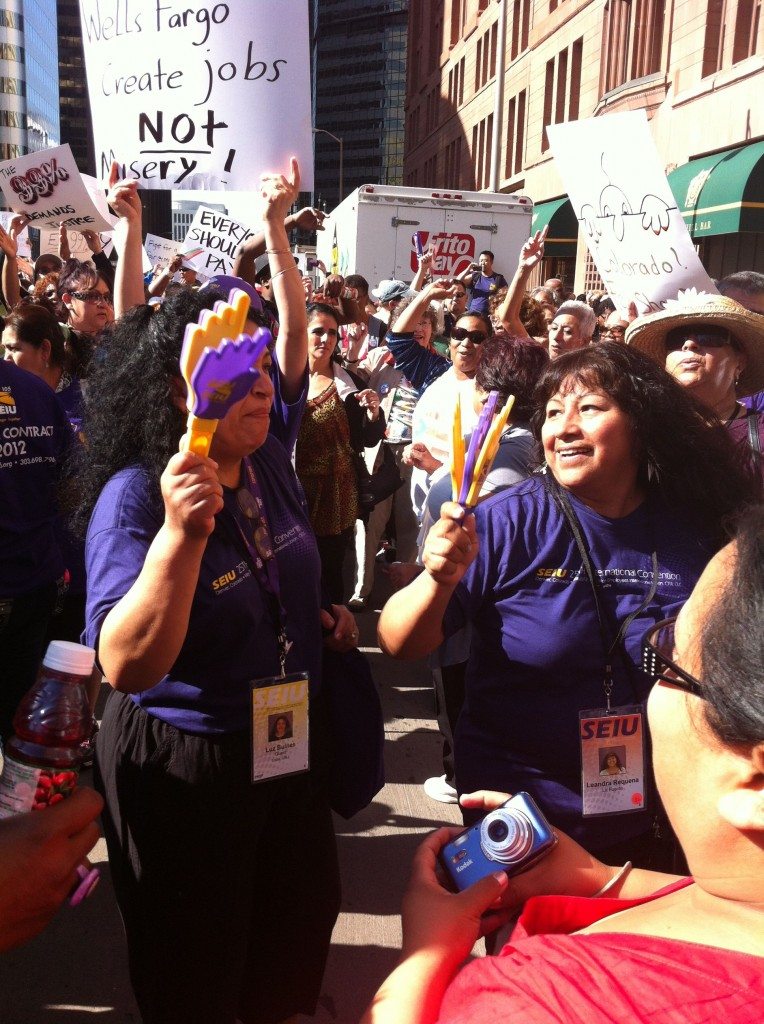 Here are some video clips from today's march:

One response to “The Latino Rebels’ First-Hand Account: The #Winfor99 March Against Wells Fargo”