Now Ben Affleck Is Latino: Another Lost Opportunity for Hollywood

Ben Affleck's ARGO came out October 12 and it is already getting Oscar buzz. The movie, based on a 1979 CIA successful rescue of six American diplomats in Iran, is good. Very good. Affleck deserves the kudos, except for one thing: instead of casting a Latino actor to play the movie's main character, Tony Méndez, Affleck cast himself. Once again proving that Hollywood only worries about Hollywood. 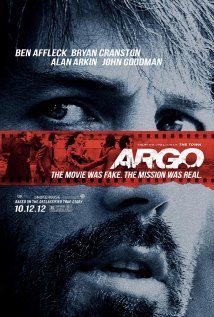 We were going to provide our take on the casting decision, but when we read what RaceBending.com had to say about it, we just thought that their post said it all:

A 2006 UCLA study from the Chicano Studies Research Center found that only 1.2% of lead roles go to Latino actors (contrasted against 82% of lead roles going to white actors.) Under the guidance of director Ben Affleck, the role of Tony Mendez would have been a great opportunity for a Latino actor to star in a stereotype-defying, heroic lead role…

People of color made history in the CIA, participated in the Beat Generation, cured deadly diseases and played Vegas, but the average person familiar with these stories wouldn’t know it from watching the movies. The cumulative impact of this kind of casting: In Hollywood, white actors depict minorities credited with reaching monumental, historic achievements. Actors of color cannot even expect to be cast in roles inspired by people from their own communities, and minorities remain invisible in their own stories.

You would think that someone like Affleck would have seen this as an opportunity, especially since he spent parts of his teenage years in Mexico (see video below to see Affleck speaking in Spanish) and then, of course, spent a few years with Jennifer López. It would have sent a cool message to Hollywood. But hey, what were we thinking: it's Hollywood. Real change will only happen when Latinos—both inside AND outside of Hollywood—begin to drive and own the content process.

The whitewashing (no pun intended) of stories and history will always continue on the big screen. It has happened before and it will happen again. Here's hoping that other creatives begin to realize that taking a risk or two about casting (really, Benicio wasn't available?) will pay in the long run. Sure, ARGO will get its slew of honors and rave reviews, but for us it will always be known as "The Really Strong Movie That Should Have Had a Latino Play the Lead Character, Who Is Latino in Real Life."

21 responses to “Now Ben Affleck Is Latino: Another Lost Opportunity for Hollywood”