As expected, several U.S. senators opposed to the bipartisan comprehensive immigration reform bill are beginning to submit hundreds of amendments to the bill. We won’t get into the details here, but of all the amendments submitted, this one by Senator Ted Cruz easily wins the Washington #NoMames award for this week. 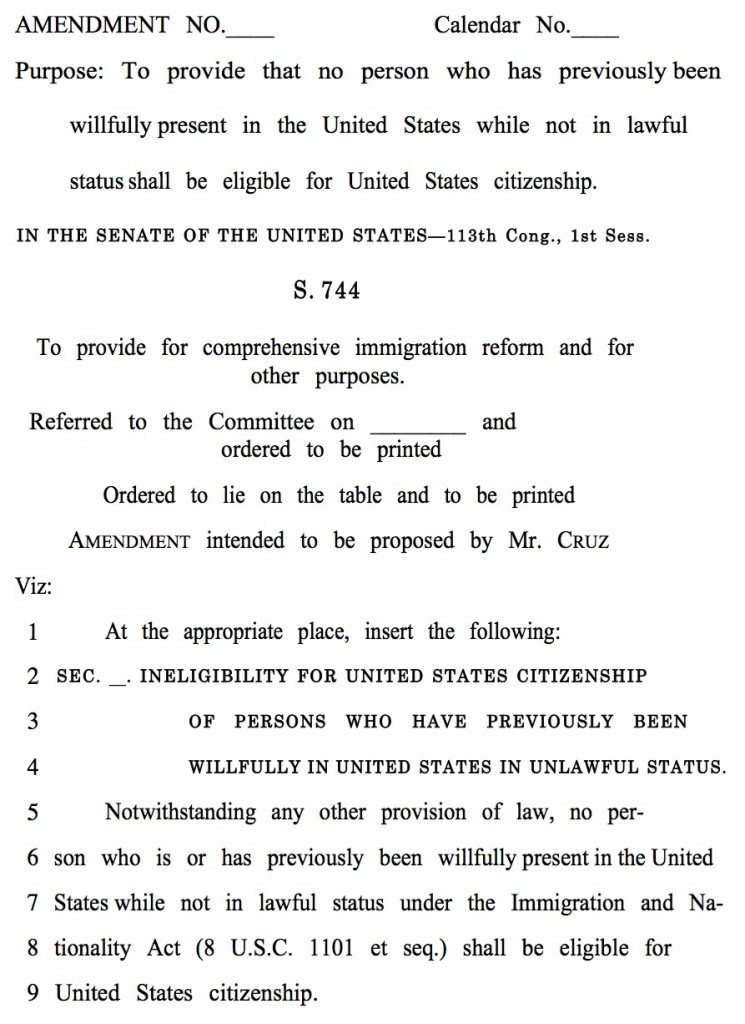 Basically, Cruz is saying this:

TED CRUZ files amendment barring anyone who has been in US illegally from becoming a citizen EVER judiciary.senate.gov/legislation/im… @latinorebels

This is coming from a Canadian-born politician whose dad fled Cuba in the late 1950s. Incredibly sad to see. Our prediction: Ted Cruz’s 15 minutes of fame is starting to flicker. By 2018, when he is up for re-election, Texas will be purple. We hope he enjoys his only term in the Senate.

3 responses to “Ted Cruz’s Immigration Amendment: Undocumented Individuals Can Never Ever Be Citizens”