This just in from AZ Central: 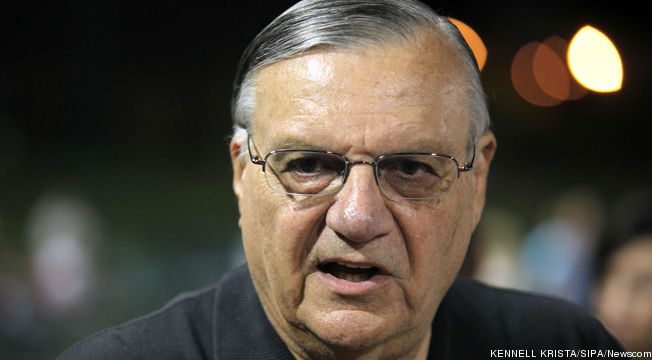 The Maricopa County Sheriff’s Office has engaged in racial profiling and must not use Hispanic ancestry as a factor when making law-enforcement decisions, a federal judge has ruled.

U.S. District Judge Murray Snow issued the ruling Friday, more than eight months after a seven-day trial on the subject concluded. The trial examined longstanding allegations that Sheriff Joe Arpaio’s emphasis on immigration enforcement led deputies to target Latino drivers based on their race, and that by doing so, they violated the constitutional rights of Maricopa County residents and the sheriff’s own policies requiring constitutional policing.

Snow’s ruling will likely be appealed, as both sides promised throughout the trial to challenge whatever decision Snow rendered. However, Arpaio’s attorney said he was still reviewing the ruling Friday afternoon.

Dan Pochoda of the Arizona chapter of the American Civil Liberties Union called the ruling “a real vindication for the community. It was a terrific win — it was a very solid, comprehensive piece of work, and clearly demonstrated the unconstitutionality from top to bottom at MCSO for many years.”

The class of Hispanic citizens that brought the racial-profiling lawsuit against the Sheriff’s Office never sought monetary damages. Instead, the group asked for the court to issue injunctions barring Arpaio’s office from discriminatory policing.

Snow obliged — and indicated more remedies could be ordered in the future.

As Snow himself wrote:

FINDINGS OF FACT AND CONCLUSIONS OF LAW – that Plaintiffs are entitled to injunctive relief necessary to remedy the Fourth and Fourteenth Amendment violations caused by MCSO’s past and continuing operations.
The MCSO is thus permanently enjoined from: