Last week, we shared the tale of how the City of Murrieta, California had hired a “crisis management” expert, who proceeded to brag about his accomplishments on public social media networks. Anyone with a brain knows by now that Murrieta officials have been trying to spin a message that no one is buying. The “new” Murrieta spin is that leaders were always worried about the detention center conditions for the migrant children and families being processed inside the city limits. They even claim that such a message was what they have always wanted and that the media has run with a lie. That’s just not true.

Now Murrieta’s PR guy, Xavier Hermosillo, is going after acclaimed cartoonist and social media rockstar Lalo Alcaraz, threatening to sue Lalo. Problem is, when it comes to social media influence and reach, Lalo wins hands down over Hermosillo. The public convo already made the pages of JimRomensko.com. 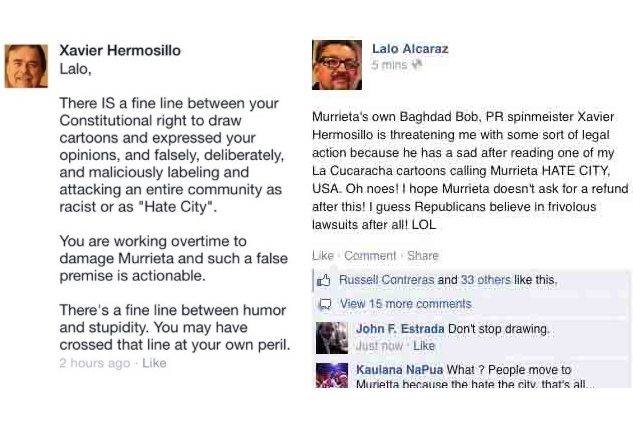 Maybe it’s time for Hermosillo to step back and realize that when it comes to “crisis management,” it’s best to try and manage the crisis and not become part of the story?

As for Lalo, he’s probably already writing a new episode for his new cartoon on FOX.