The Best Summer Series You Haven’t Seen But Should: NuvoTV’s ‘Los Jets’

Maybe it was the fact that we were coming off World Cup withdrawal or maybe we are always looking for any fresh content that at least attempts to paint a more realistic picture of what it is to be Latino in the United States today, but when we started watching “Los Jets” on NuvoTV this summer, we were hooked. 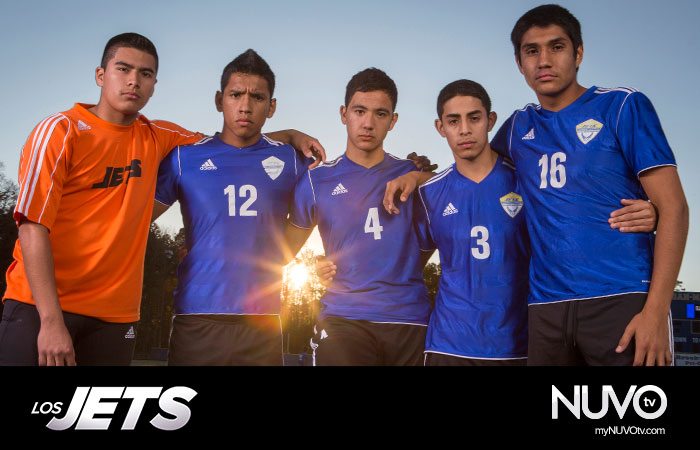 The story of a North Carolina high school soccer team made up of all Latino players will go down as the best docuseries we have seen this year. Or ever. The show is real —both the good and the bad— and it weaves a narrative that gives us hope during a time when we read more about people telling young children to go home because they are not welcome here.

“Los Jets” has it all: an ESPN Films-like recounting of an actual soccer season (Jordan-Matthew High School in Siler City, North Carolina); a coach who fought hard to establish a soccer program in a community that initially frowned upon it; real young men and their families with real stories, fears, dreams, challenges and accomplishments. Even as an immigration debate divides this county, “Los Jets” will remind you that such a debate can at times be distracting and trivial, and that you can stop the future. All because of fútbol

If you haven’t seen this first three episodes, you can click on them below. Each show is about 22 minutes long and believe us when we say that you will be rooting for this team by the end.

Eyes on the Prize

Hail to the King

Even with its somewhat cheesy “American Dream” motif, just get beyond the marketing and catch the series, which lists Jennifer López as executive producer. Sure beats evil maids when it comes to quality summer programming. “Los Jets” is an important series that we should all support.