Oscar López Rivera was born in the U.S. colony of Puerto Rico in 1943. Roughly six years after the Ponce Massacre and about five years prior to the infamous Law 53—also know as the Ley de Mordaza. Five-year-old Oscar began coming into awareness of the society around him in a world where it was illegal to publicly display Puerto Rican flags, promote independence or even sing patriotic songs. He moved to the mainland U.S. at age nine from a nation where independence fighters like Pedro Albizu Campos and Lolita Lebrón had significant support. Rivera lived in the United States during the Civil Rights Movement. In other words, righteous indignation at injustice was common during this period of history.

Puerto Rico became a commonwealth under the constant threat of violence and repression by the United States of America. Some independence advocates, like Oscar, refused to accept this as a reality. They understood the island’s relationship with the mainland as one between an empire and a colony. It was their understood responsibility to fight back for freedom. Definitions are key. Defining a situation under the conditions determined by an oppressor creates a dynamic where a powerless people may lack the tools to understand their condition. The actions taken by the marginalized are then informed by the way they define their reality.

I was born Boricua, I will keep being Boricua, and will die a Boricua. I refuse to accept injustice, and will never ignore it when I become aware of it.”—Oscar López Rivera, 2011

Rivera is such an interesting figure because he was both a major advocate for Boricuas in Chicago and the independence of Puerto Rico at the same time. He began to develop stronger feelings towards the cause of his island’s freedom during his time as a soldier representing U.S. imperialism in Vietnam. After the war, he became an influential Chicago activist who worked towards a variety of causes. Rivera helped promote culturally competent education by working towards the establishment of Pedro Albizu Campos High School. He could be found fighting for labor rights in one meeting and against housing discrimination in another. It was, however, the cause for Puerto Rico’s independence the landed him in hot waters with the United States government. 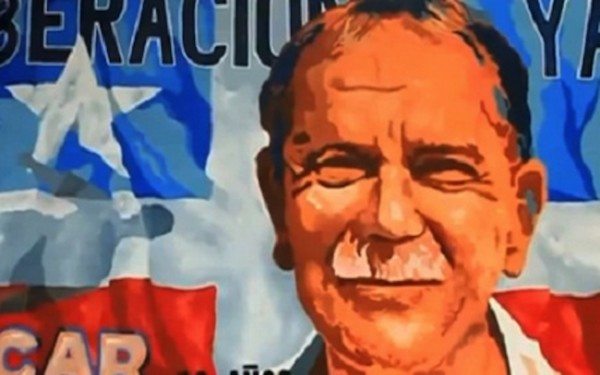 Oscar joined the National Hispanic Commission of the Episcopal church and used this organization to publicly advocate for the release of Puerto Rican political prisoners and independence. Certain members of this organization were also involved in the clandestine Fuerzas Armadas de Liberación Nacional Puertorriqueña (FALN), which bombed specific targets around the U.S. as part of its fight for Puerto Rico’s independence. Oscar would go into hiding in 1976 after bomb-making paraphernalia was found by police in an apartment owned by Oscar’s friend and FALN member Carlos Torres. Carlos, his wife Marie Haydée Beltrán Torres and Oscar’s wife Ida Luz Rodríguez would get caught first along with other FALN members and claim status as political prisoners who were fighting an anti-colonial war. They were all convicted of Seditious Conspiracy along with other charges.

López Rivera would also be caught after making an illegal turn and then running a stop sign. Oscar, like his colleagues, defined himself as a political prisoner:

Given my revolutionary principles, the legacy of our heroic freedom fighters, and my respect for international law —the only law which has a right to judge my actions— it is my obligation and my duty to declare myself a prisoner of war. I therefore do not recognize the jurisdiction of the United States government over Puerto Rico or of this court to try me or judge me.” —Oscar López Rivera, 1981

No luck. The same judge who sentenced Carlos, Marie and Ida would also sentence Oscar to 55 years after a conviction for Seditious Conspiracy. An alleged conspiracy to escape resulted in an additional 15 years added to his sentence. Most of the co-defendants would be released in 1999 after a pardon by president Bill Clinton, but López Rivera refused the offer unless it was extended to two additional political prisoners that were not on the list.

What does this all mean? Today, Oscar López Rivera is still a political prisoner of the United States of America. Prominent figures ranging from athletes and musicians to Puerto Rican politicians and Nobel Peace Prize winner Desmond Tutu have all called for his release. Where one stands on this issue depends on the definitions used to define the situation. Is he a terrorist who deserves to stay in prison? Is he a modern revolutionary who served his time?

He is currently the only member of the FALN still in prison for Seditious Conspiracy. A man serving a 70-year sentence after being convicted for crimes where he was never directly tied to any bombings or deaths. It is time for president Barack Obama to pardon Oscar López Rivera. He has served more than enough time and our nation cannot continue to target this Boricua hero.

The island of Puerto Rico continues to be connected to the United States of America as a commonwealth. Citizens there can vote for a governor and local politicians, but not for the president or a voting representative in Congress. The route towards the nation’s ultimate self-determination is tricky and still being worked out. One constant on the island and the mainland is a huge support for Oscar López Rivera. One can also find Latinos around the entire hemisphere who support him. It is truly time to push harder than ever and Oscar home. 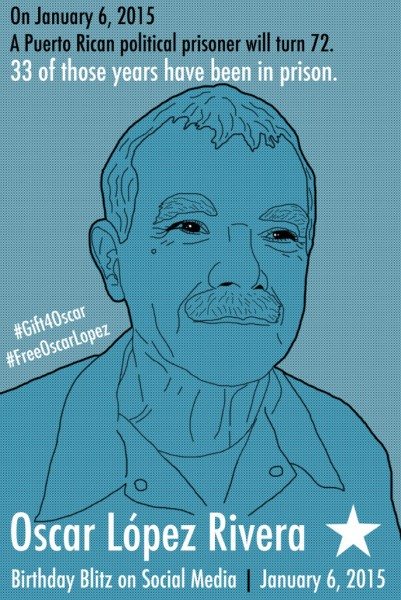 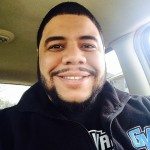 Carlos Martinez is a counselor, writer and higher education professional. He is the creator of Carlos Thinks. You can follow Carlos on Twitter @kacike1931.