Editor’s Note: A longer version of this op-ed appears on the author’s site.

On April 27 of this year, Latino Rebels published my op-ed How to End Puerto Rico’s Public Debt…Right Now. The central solution presented in that article was eliminating the Jones Act (aka the Cabotage Law) in Puerto Rico. In other words, Puerto Rico must no longer be prohibited from operating its own shipping industry.

On July 1, the New York Times agreed with this solution. As a central recommendation in their main editorial Puerto Rico Needs Debt Relief, the Times editorial board wrote as follows:

Lawmakers should allow non-American ships to carry goods between the island and the mainland, which is prohibited by the Jones Act of 1920 to protect the domestic shipping industry. That will lower shipping costs to Puerto Rico, including those for oil and natural gas, an important consideration for an island economy.

The urgency of Jones Act reform was also affirmed in the recently released Krueger Report, written by three IMF economists and cited by Governor Alejandro Garcia Padilla in a televised address to the entire island:

All islands, remote from the centers of economic activity, suffer from high transportation costs. But Puerto Rico does so disproportionately, with import costs at least twice as high as in neighboring islands on account of the Jones Act, which forces all shipping to and from US ports to be conducted with US vessels and crews.” (Krueger Report, p. 8)

From a public policy and a political standpoint, it is vitally significant that the New York Times and the International Monetary Fund (IMF) both agree that the Jones Act, aka the Cabotage Law, is strangling the Puerto Rican economy and must be withdrawn as soon as possible.

For a review of the Jones Act (full text here) and my critique about it, my April 27 op-ed provides a very detailed summary of the situation. At the risk of not repeating myself, I will at least say this:

This law is not and never was a business model. It is a shakedown. It’s the maritime version of the “protection” racket. 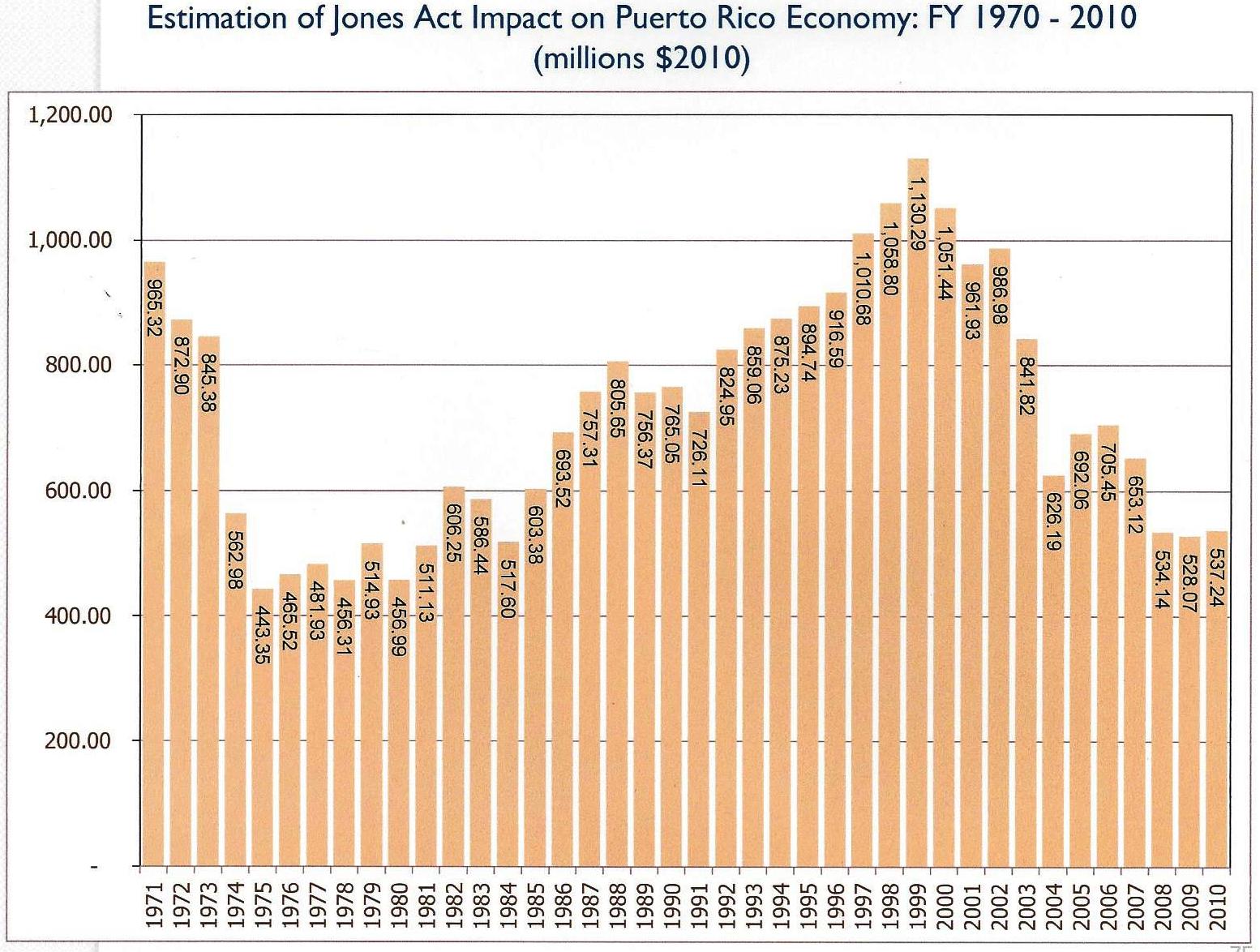 From 1970 through 2010, the Jones Act cost Puerto Rico $29 billion. Projected from 1920 through the present (2015), this cost becomes $75.8 billion. This $75.8 billion cost is higher than Puerto Rico’s current public debt. Imagine if the law weren’t in place and Puerto Ricans could control their own economy.

A Sordid History of Price Fixing

As if the “shakedown” aspect of the Cabotage racket weren’t enough, the shipping industry in Puerto Rico (dominated by U.S. carrier companies) is rife with corruption. Between 2008 and 2013, six shipping executives with direct responsibilities in the domestic Puerto Rico trade were sentenced to federal prison for violating the Sherman Antitrust Act “by conspiring to fix ocean freight rates and allocate cargoes amongst the three shipping lines which employed them.”

In addition to those prison sentences the three carriers —Sea Star, Crowley, and Horizon— all pleaded guilty to Sherman Antitrust violations in other actions during 2011 through 2012, and were collectively fined a total of $46.2 million. 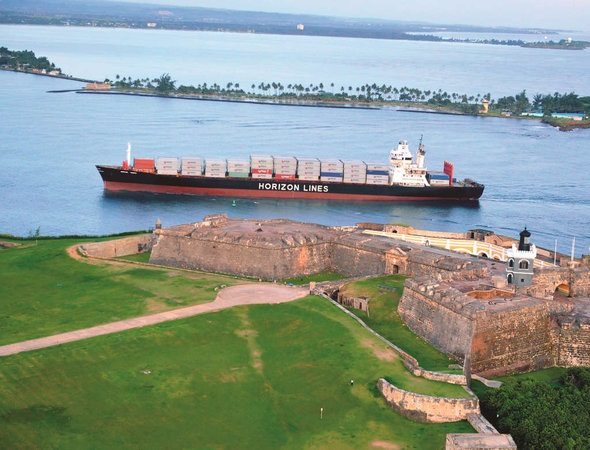 A Challenge to the Governor

The Jones Act is a corrupt law.

In view of the mounting support for Jones Act reform, García Padilla must make it a central demand in the restructuring of Puerto Rico’s public debt. The time to insist on this is NOW, while this debt is being analyzed and the economic relationship between the U.S. and Puerto Rico is under a global microscope.

If Garcia Padilla fails to create even one strong, self-sustaining industry in Puerto Rico, the insular economy is doomed to failure. If the U.S. refuses to cooperate with him, then Puerto Rico needs to demand its independence.

The New York Times has called for an end to the Cabotage Law. Even the International Monetary Fund economists who wrote the Krueger Report agreed. It is immoral, illegal and fatal for Puerto Rico to be denied the right to its own shipping industry.

The Cabotage Law is the new Vieques. It needs to end RIGHT NOW.

Nelson A. Denis is a former New York State Assemblyman and author of the book, War Against All Puerto Ricans.