Rep. Gutiérrez to Congress: ‘Take the Heel Off the People of Puerto Rico’ (VIDEO) 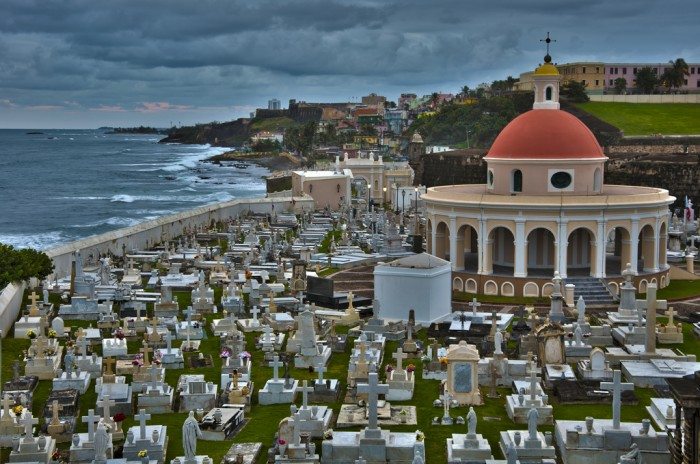 On Tuesday, Congressman Luis Gutiérrez of Illinois joined a hearing of the House Committee on Natural Resources on the financial and economic crises in Puerto Rico, which currently faces a $72 billion debt that Governor Alejandro García Padilla says is “not payable.” Before blasting Washington for making the Puerto Rican people dependent on government aid, Gutiérrez, the Puerto Rican pit bull of the lower chamber, prefaced his comments by pointing out that Puerto Rico is a colony of the United States, and therefore at the whim of Congress.

I’m just going go back to the memorandum that was issued to everyone. At the end of the second paragraph on background, it says: ‘Congress retains plenary authority under Article IV, Section 3, Clause 2 of the U.S. Constitution to determine the ultimate disposition of the political status of Puerto Rico.’ That fact is that the Congress of the United States retains plenary powers over everything in Puerto Rico, not just the status of Puerto Rico. And that is fundamentally what should be at issue at this hearing, because you can’t resolve one without the other. You want to take the government of Puerto Rico, that doesn’t control how merchandise is brought in or out, because the Jones Act says we must use the U.S. Merchant Marine. We’re not going to discuss that today, tomorrow, or anytime between now and March 31st. …

You want to talk about economic development? How do you have economic development when if your energy is outlandishly expensive, and if you don’t invest in making sure that you have a clear water supply in a tropical island? So, look, there’s a lot of things, but fundamentally let’s deal with one thing. Because the background statement doesn’t say it. Why don’t we all just come to the conclusion, which I’m sure Mr. [Pedro] Pierluisi agrees as the resident commissioner of Puerto Rico — Puerto Rico is a colony of the United States of America. Puerto Rico is war booty from the war in 1898. It wasn’t– I mean, how does Puerto Rico become part of the United States of America? It wasn’t like the Puerto Ricans all got together one day in convention and said, “Will you allow us?” No. It was a military intervention in Puerto Rico. …

The truth is, we don’t control in Puerto Rico any of the basic things. We don’t control who comes to the island or who leaves the island, because that’s controlled by the federal government. Our court system? You simply appeal to the [U.S.] Supreme Court …. So when people say, “Oh, the people of Puerto Rico, they’re responsible for everything that happened bad there and they need to take responsibility” — no, the Congress of the United States has to assume responsibility over Puerto Rico, because we have, as is stated here, plenary powers over the people of Puerto Rico.

Why are we having this hearing here, and why aren’t they having it in Puerto Rico? Because they can’t have it there.

I’m tempted to leave it at that, since I’m not aware of any speech given by a voting member of the U.S. Congress that more accurately or forcefully describes the root crisis in Puerto Rico — the crisis from which all others spring forth — colonialism. As Congressman Gutiérrez explained, Puerto Rico has belonged to, but hasn’t been a part of, the United States since the Spanish-American war, though I must correct him on one point. Far too many of the Puerto Rican people did welcome the U.S. troops who landed at Guánica, believing the first and greatest democracy of the modern world would either secure Puerto Rico’s independence from Spain or grant it statehood in a few years’ time. It’s been 117 years, six months, and 10 days.

The New York Times published a story on Puerto Rico earlier in the week, in which the island’s economic woes are blamed in part on Puerto Rico’s government-owned power company, PREPA. Founded in 1941 by Rex Tugwell, the last presidentially appointed governor of Puerto Rico, PREPA provides free electricity to… well, just about everybody in Puerto Rico — except the average Puerto Rican citizen. To underscore its point, the Times features the northwestern coastal town of Aguadilla, which boasts “19 city-owned restaurants and a city-owned hotel, a water park billed as biggest in the Caribbean, a minor-league baseball stadium bathed in floodlights … a waterfront studded with dancing fountains and glimmering streetlights,” and even an ice rink “complete with a disco ball and laser lights.” All 78 municipalities and many government-owned businesses receive electricity free of charge. So do a few private businesses. But very little is actually free in this world, and now PREPA is staring down the barrel of a $9 billion debt.

PREPA is merely one symptom of over a hundred years of U.S. colonial policy in Puerto Rico, one that allowed Puerto Ricans to spend and borrow to their hearts’ content while Wall Street played the island’s economy like a rigged game of craps. U.S. creditors allowed Puerto Rico to sink deeper into debt, knowing its constitution prioritizes the repayment of debts and that, since 1984, Puerto Rico has been without Chapter 9 bankruptcy protection (actually, the U.S. Supreme Court will hear arguments concerning the second issue in late March.)

Hence, why solutions to Puerto Rico’s economic and financial crises are joined to the question of its political status. The federal government discussing ways in which to stabilize the Puerto Rican economy and fix Puerto Rico’s finances is no less absurd than parents talking with their child on how best to spend her allowance. As human beings, the Puerto Rican people are guaranteed a few basic rights, but all other rights and privileges flow from the power of the U.S. government. Puerto Rico can’t do anything for itself that Washington doesn’t give its consent to. It’s Congress that steers the ship, and should Puerto Rico run aground, it’s Congress that decides how best to salvage it. The only thing Puerto Ricans can do is flee.

3 responses to “Rep. Gutiérrez to Congress: ‘Take the Heel Off the People of Puerto Rico’ (VIDEO)”