AUSTIN — The documentary Ovarian Psycos, an all-female bicycle collective from Los Angeles made its feature debut at SXSW Film with a total of three packed showings. Directed by Kate Trumbull-LaValle and Joanna Sokolowski, the documentary follows the group of predominately young Latina women referred to as “Ovas,” who visually blend a bold style of ecologically-aware feminist punk rock riot-girl and LA street style, meshed with political Zapatismo. From throwing up hand signs to printed fallopian tubes on black bandanas wrapped across their faces, the young women organize mass bicycle rides reclaiming public spaces to combat violence in their personal lives and in their marginalized communities of East and South East LA. 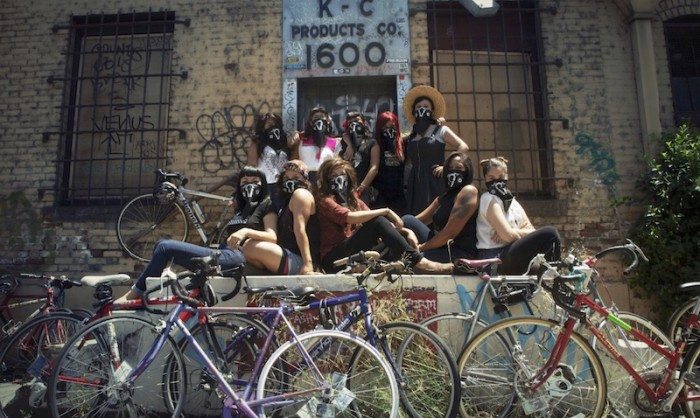 “It is very in your face, and it is very abrasive. But at the end of the day, we must consider what we have gone through historically, and what we are going through currently. From genocide, to femicide, to forced sterilization, and colonization coupled with the internalization of it all,” said MC and Ovarian Psycos Founder Xela de La X. 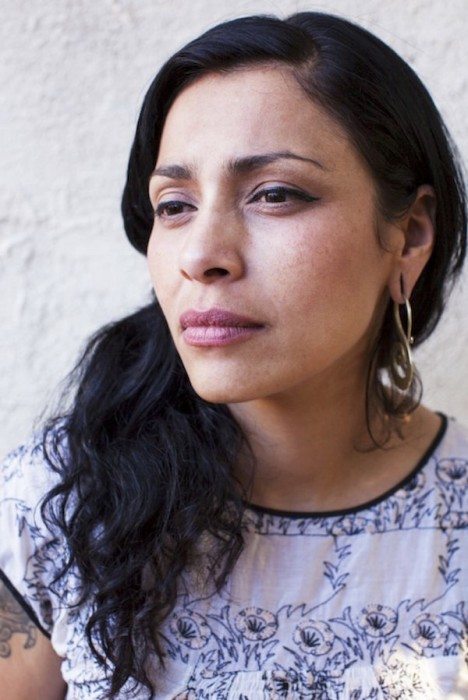 Ovarian Psycos follows the stories of three “Ovas.” One of the stories is the enigmatic Xela de la X, as she balances single motherhood, work, and her activism. Removing herself from leadership self-idealization, she is seen smoking cigarettes and emotionally revealing about the childhood abuse she suffered in her patriarchal “post-colonized” Mexican household, as she terms. This fueled Xela de la X’s motivation to create a safe haven for herself and for other young women who have experienced similar situations. In very honest moments, she categorizes herself as still being an “at-risk adult” and “living in an emotionally amputated state.”

I’m no different than the at-risk youth that I work with. The only difference is that I’m a little older. I don’t remove myself from that population just because I have couple more years under my belt. I’m still susceptible to all the bullshit that the kids are susceptible too. From self-hatred to being a target of whatever violence might be inflicted upon me.

The other younger “Ovas,” street artist Andi Xoch and aspiring “Ova” Evelyn Martinez, are seen growing in their leadership roles, while dealing with the generational pressures of having to adhere to traditional gender roles, and at the same time needing to meet economic obligations by providing for their household at a young age. The young women ride bikes as their only means of reliable transportation, yet face public ridicule and even online harassment from male bike riders, while murders of women in Boyle Heights make headline news.

Initially, Xela de la X did not agree for the white women directors from UC Santa Cruz to produce the film, but Xela had not yet been approached by women of color directors. So after careful consideration, she agreed for the Ovarian Psycos to be filmed, which took a total of four years to complete. The directors, who were initially drawn to the visual aesthetics and politics of the Ovarian Psycos, quickly learned they had to dig deeper to understand the social and political context of how the Ovarian Psycos came to be. They interviewed UCLA Associate Professor of Chicana/o studies Maylei Blackwell to provide a contextual analysis of the feminist and East LA Chicano civil rights movement of the 1970’s.

“We saw them as part of a legacy. Xela talks about their work as part of a legacy. They are really well education. They have an intention to talk about the work that they do is not in a vacuum. Their work is quite connected to history. So for us, it was important to create that in the film,” said Trumbull-LaValle, who previously associate produced the documentary No Más Bebés, a film about the forced sterilization of Chicana and Latina women at LA County Hospital.

The soundtrack for Ovarian Psycos includes music from local LA artists, including Xela de La X. The film was funded by ITVS and is scheduled to air on PBS. It will now enter the film festival circuits and also be showcased in Los Angeles.

“I think they did an amazing job. It was so beautifully done. I couldn’t be more blessed or thankful for the whole process,” said Xela de La X.

Sharis Delgadillo is the co-host for Latino Rebels Radio. She tweets from @laxaris.

One response to “The Ovarian Psycos Conquer SXSW in Newest Documentary”