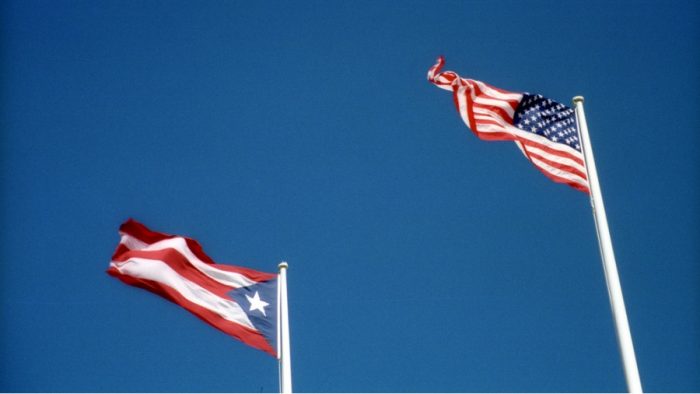 While what I am saying here is already true of most, if not all, independentistas, and should be true of any self-respecting popular in light of the recently passed PROMESA bill, I am going to extend this request to our misguided brothers and sisters known as estadistas to not celebrate the 4th of July.

I understand it must be very painful to have to come to terms with a fact that everybody else already knew, which is that the U.S. does not care about us Puerto Ricans, and statehood is a pipe dream that, if the U.S. really wanted, would have already happened. But you are in luck, because instead of being alone in your misery, you can just join the rest of us who have spent our lives living in the real world.

And maybe that is asking a lot from a political movement which took the New York Times article from 1899 which called Puerto Ricans “uneducated, simple-minded and harmless people who are only interested in wine, women, music and dancing,” and turned that belief into a political philosophy to suddenly become patriots who love their race and nation. And maybe it is asking too much to appeal to reason with a group who think that kowtowing to a colonial master and placing that culture above their own is progress, let alone progressive, and to do so without the slightest hint of irony. Instead, I am asking for unity toward the anger that so many Boricuas, including estadistas, feel toward the PROMESA bill and the dictatorial control board.

Mis compatriotas, I apologize. It is far too easy for me to belittle you, but that doesn’t make it right. Many estadistas truly believe that statehood would strengthen Puerto Rican culture and the ability to govern an ungovernable mess. Many believe that this is patriotism to Puerto Rico, and the fact that I disagree strongly does not take away the fact that they believe they are right. Belief is so powerful it is often more important that facts, and scientific research has proven this, so I will not spend any more time knocking yours.

You love Puerto Rico; I believe you. So doesn’t it enrage you that Congress, instead of immediately allowing Puerto Rico to restructure its debt and become solvent, or swoop in and grant statehood for the purpose of our declaring bankruptcy and act as a sovereign entity, will institute a control board without oversight or persons elected by the people to handle this mess? Weren’t you proud of Congressman Gutiérrez for filibustering this law with the passion he did? It should have filled you with the same pride it filled the hearts of populares and independentistas on and off the island, because in the end, we love our island.

And when you love something and see that it is being abused, neglected, its citizens being treated as second-class, don’t you want to change that? Don’t you want the world to know that you will not stand for such an insult?

So this 4th of July, march with your fellow Puerto Ricans, no matter if what you want for the future of the island is different than what they want. Because what we all desire is a better life for our people. Instead of setting off fireworks and waving an American flag, treat it like any other day, or fly instead your Puerto Rican flag, to show solidarity against the insane bullshit of this law. Let it be known that on July 4th, you stand tall with Puerto Rico.

Maybe it won’t amount to anything concrete, but it might just remind you that, above all our differences, we are still Puerto Ricans, and that in the darkest times, we can be united.

Jonathan Marcantoni is a Puerto Rican educator and author based in Colorado. His books include Traveler’s Rest, The Feast of San Sebastian, Kings of 7th Avenue, and the upcoming Tristiana. In October 2016 he will launch La Casita Grande, a publisher of Latino and Caribbean literature. You can follow him on Twitter @Marcantoni1984.

One response to “Statehood of Confusion”